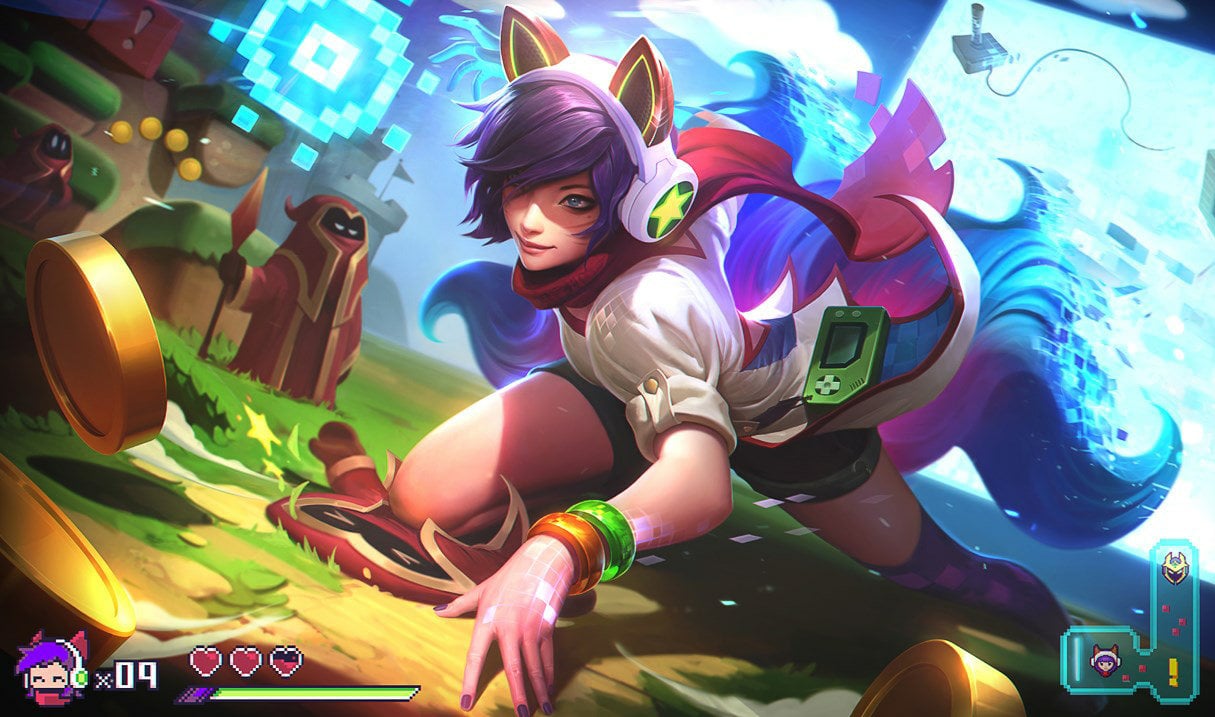 Ahri offers League of Legends players the opportunity to deal incredible damage within a short period of time. The Nine-Tailed Fox is a champion that can be difficult to master, but once you get the hang of her kit, she has the potential to be lethal.

Much like other champions in League, Ahri utilizes different items depending on her situation in the game. There are still core items that will maximize the player’s chances of finding success with the mid lane champion, however.

Here is one of the best builds for Ahri in season 12.

Electrocute: Ahri’s ultimate goal in the game is to one-shot the enemy champions, especially those that are squishy—most likely carries. She can burst down opponents with numerous abilities in a short amount of time, and Electrocute aids you in maximizing her damage.

Taste of Blood: While dealing tons of damage is the number one goal on Ahri, surviving is also helpful. The Nine-Tailed Fox is exceptionally mobile, so being able to heal a little when doing damage will allow you to stay longer in the fight, and after your cooldowns are up, deal damage once again.

Eyeball Collection: Despite not having great early levels, you should aim to eliminate opponents as fast as possible to become a deadly champion in the later stages of the game. Gaining bonus ability power through snowballing is a great tool on Ahri.

Ultimate Hunter: Ability haste is another powerful stat to collect on Ahri. The shorter your cooldowns, the faster you can get back into action. Ultimate Hunter is the best choice in the last branch of the Domination tree.

Biscuit Delivery: As mentioned, the first levels might be difficult while playing Ahri, especially against aggressive champions. You should look for sustain where you can, so you don’t fall behind early. Biscuit Delivery can do wonders for survival.

Time Warp Tonic: Before you hit level six, you’ll be an easy target for the enemy junglers, since you won’t be mobile yet. Time Warp Tonic works great when combined with Biscuits, boosting your chances of going through the early game without facing any issues.

Securing Ahri’s early game is a key to successfully transitioning into the later stages of the match. Oftentimes you will find yourself harassed by the enemy champions and need to use your abilities, especially Orb of Deception (Q), to clear the waves and collect gold from minions. Corrupting Potion gives you both health to survive and mana to deal with creeps.

When it comes to Ahri, there’s no better item to build in season 12 than Luden’s Tempest. It has all the core necessities of the Nine-Tailed Fox: ability power, ability haste, magic penetration, and mana. It also has a unique passive that will help you clear waves and be an extremely dangerous champion in early skirmishes. This is a must-have item on Ahri.

Almost every AP champion in League has this item in common. Rabadon’s Deathcap not only gives you an enormous amount of ability power (120) but also increases your overall ability power by 35 percent. Purchasing it in the middle stages of the matches is a game-changer for Ahri players. It will give you value every time you purchase another AP item. It’s an irreplaceable purchase for the Fox.

This item is oftentimes judged only by its wonderful active ability. While this should come in handy for Ahri, especially when fighting against assassin champions, Zhonya’s Hourglass also raises your key stats: ability power and ability haste. It’s a great defensive and offensive tool.

Sorcerer’s Shoes is the perfect choice for Ahri due to their added magic penetration. This is going to not only see Ahri gain increased mobility but also increase her damage output against opponents who have built magic resistance.

Morellonomicon is the perfect item to ensure high-damage, ability-power-based champions are dealing maximum damage. The item provides stat increases of 80 ability power and 250 health. The item will also see Ahri inflict Grievous Wounds upon her enemy, with her abilities slowly damaging them over a short period of time.

The final item for Ahri in this build is the Void Staff. Once Ahri has built the previous items, she will be dealing massive amounts of damage with her abilities. Void Staff works to assist in increasing this output. The item boasts a unique ability to ignore 45 percent of the target’s magic resistance, a stat that will make Ahri’s abilities lethal. On top of this, the item also provides 65 additional ability power, making this the perfect way to close out her build.