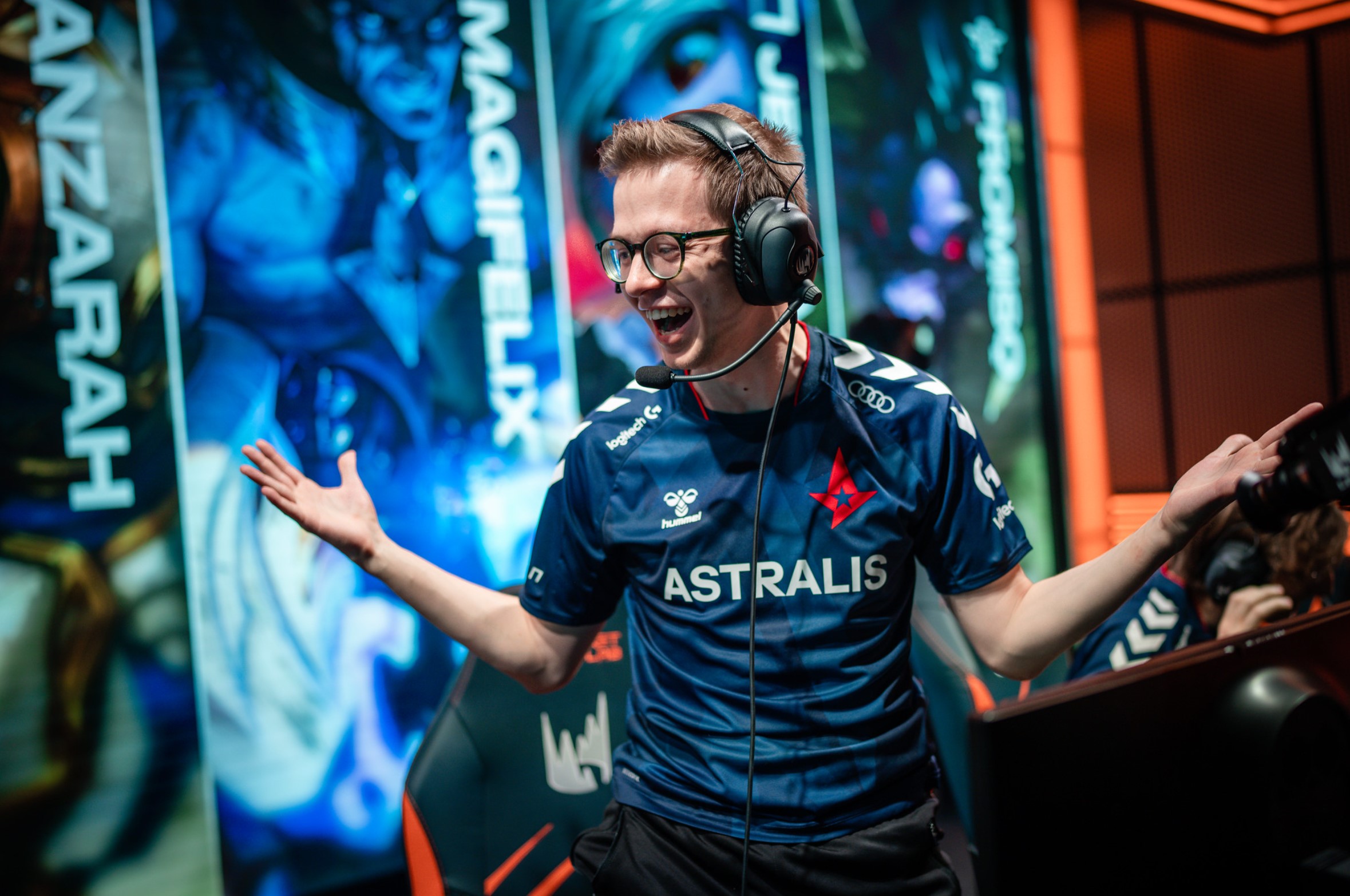 Against all odds, Astralis earned yet another upset victory over a top-tier LEC playoff contender today by defeating Fnatic to open week six of the 2022 Spring Split.

Last week, Astralis picked up their first win of the season with a victory over a then-undefeated Rogue squad. In two weeks, Astralis—who still occupies last place in the league—have claimed victory over the first and second-place teams in Europe.

In today’s game, Fnatic and Astralis kept pace with each other throughout the course of this 35-minute contest. In the final moments of the game, Astralis and Fnatic had a staring contest with each other near the Elder Dragon pit before a teamfight broke out and Fnatic eventually secured the objective. Still, in the face of the powerful Elder buff, Astralis secured victory in the ensuing teamfight.

Astralis’ victory came largely on the back of a strong performance from their jungler, Zanzarah. Playing Jarvan IV—the champion he used to defeat Rogue last week—Zanzarah participated in all 18 of Astralis’ kills on the day, finishing the game with a scoreline of 1/2/17, while securing both Barons and four of the five dragons killed on the Rift.

With today’s win, Astralis improved their Spring Split record to 2-10. While it will still take at least a few more wins to get back into the playoff race after digging themselves into a 0-9 hole to start the split, the next three weeks could provide plenty of opportunities for Astralis if they continue to find unlikely victories against the league’s top teams. Tomorrow, they’ll close out their week with a game against Excel.

As for Fnatic, a game with longtime rival G2 Esports will close out week six of the LEC tomorrow. Both teams came into the week tied for second place in the LEC.