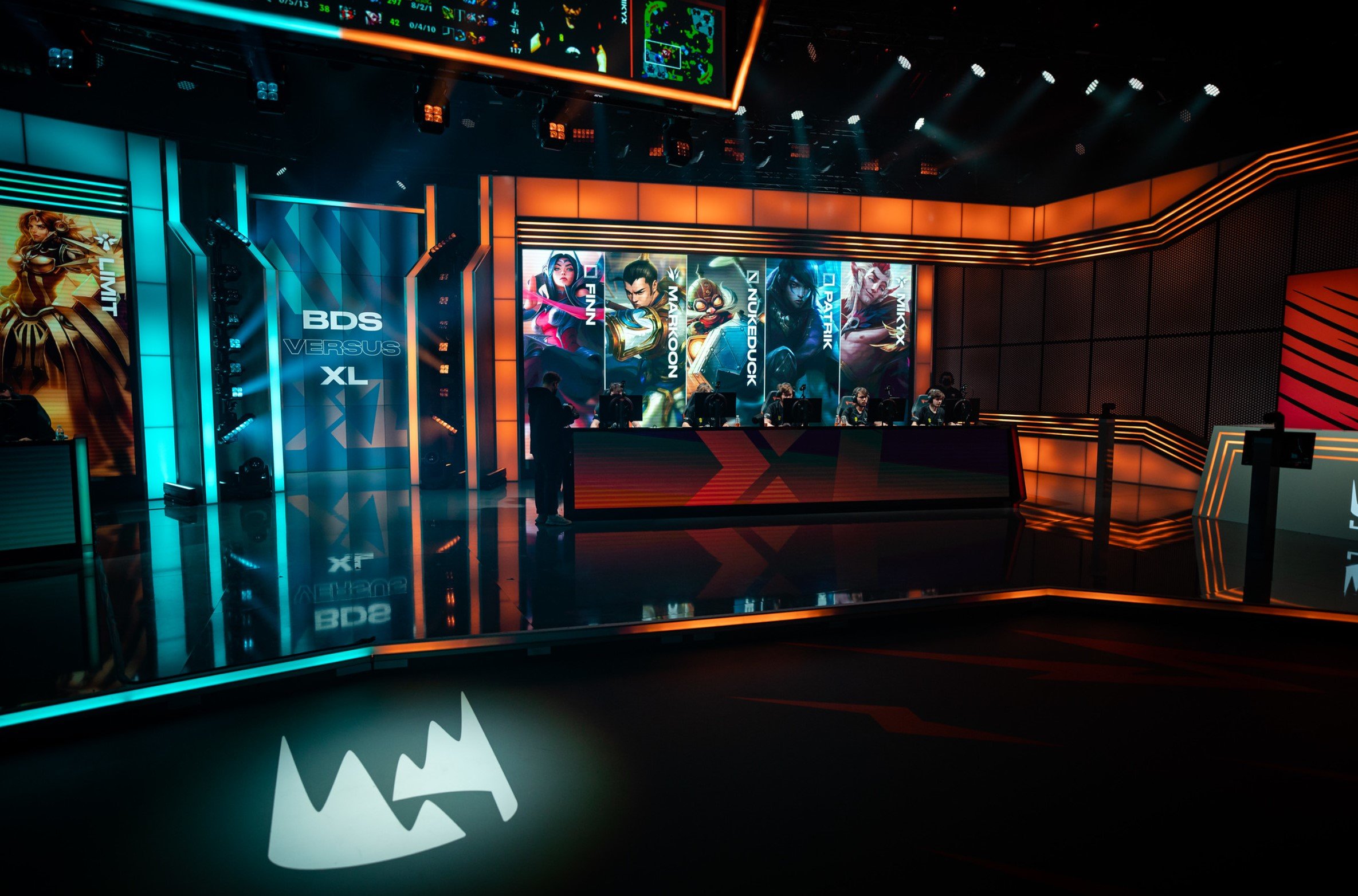 Now that we’re into the second half of the Spring Split, the LEC finally has a real identity. The true players and contenders in this split’s playoff race are becoming a lot more clear-cut heading into the final three weeks before the playoffs.

After this week’s games, the discussion will likely broaden to include playoff seeding, potential tiebreaker scenarios, and high-end matchups to keep an eye on as the split twirls to a ceremonious end. With just one game separating the top three teams in the league, the final stretch ahead of the playoff race couldn’t be tighter. Plus, with rematch games between most of the league’s top teams still yet to be played, there’s potential for movement throughout the entire table.

With that in mind, we asked our team of League of Legends writers to rank the squads of the LEC heading into the final three weeks of the Spring Split. Here are our LEC power rankings moving into week six of the split.

Astralis picking up their first LEC win since last summer wasn’t enough to wrench them from the bottom spot in our power rankings this week. But hey, a win is a win. And to do it against Rogue shows that there’s life yet in this Astralis lineup, or at the very least, a nothing-to-lose attitude, which can’t be taken for granted on teams with 1-9 records. They did against Rogue what they haven’t been able to do all split: convert early kills into map pressure. The most frustrating example of this was two weeks ago in a loss to Vitality, where another one of those increasingly-common, seemingly weirdly good early games showed up for Astralis, but they again fell flat, continuing a theme backed up by Astralis’ bad objective control statistics. Maybe that’s a good problem to have, maybe it’s a hard problem to fix. But even if their odds of making it into the playoffs this split are essentially zero, something is alive for Astralis.

Team BDS might be the worst team in the LEC at this moment. Their only wins were against Astralis, SK Gaming, and pre-Mikyx Excel. BDS have posted back-to-back 0-2 weeks and face a must-win against SK on Saturday, Feb. 19. Twenty-four-year-old Polish rookie jungler Cinkrof has had his standout moments, but the real concern is top laner Adam, whose numbers highlight how underwhelming a split this has been for the Karmine Corp grad who was at Worlds with Fnatic just four months ago. Adam has the lowest damage share (22.3 percent), lowest KDA (1.7), and most deaths per game (3.7) of any top laner in the LEC through 11 games this split, according to League stats website Games of Legends. It’s hard to chalk it up to being on a bad team, too. In comparison, Astralis top laner WhiteKnight sits in the middle of the pack in all of those statistics and more. He has won one game this year.

Three weeks before the end of the 2022 LEC Spring Split, the board can be separated into three divisible parts. At the top are the teams that have shown the consistency needed to stand out among the competition, while at the bottom a few teams are grasping for one last chance. Yet in the middle are Excel Esports and MAD Lions, separating the best and the worst of the region. But they have uncertain futures with so little time left in the split.

Excel finished 2-0 for the first time in the Spring Split during week five, successfully attaining this feat by defeating Vitality and BDS. It was Patrik who walked away from both of these matches with the highest KDA on his team, despite efforts by Vitality that put him behind 0-2 just three minutes into the match. If this where earlier in the split, we would be much more optimistic in Excel’s chances to continue climbing both the LEC leaderboards and our own power rankings, but such little time remaining makes us wary of how much further they can go.

Perhaps one of the most disappointing weekends in the Spring Split goes to the 2021 Spring and Summer LEC champions, MAD Lions. While they remained steadfast against Vitality to lose what was a competitive match, it was their loss to SK that really raised questions as to what has happened to the team in just a few months. MAD struggled to maintain their mid game gold lead, feeding gold into SK’s Sertuss and Jezu, who had no problem showcasing how strong Akali and Aphelios are when they’re massively ahead.

It’s been interesting as fans to watch these teams compete over the past five weeks, but being so close to the end of the 2022 LEC Spring Split raises questions as to whether they have already reached their ceilings. For their performances in week five, they switch places for now in our power rankings but remain adequately ahead of the competition trailing behind them.

Some of the most exciting storylines in competitive League come from teams subverting expectations.

In the LEC, for example, Vitality and Misfits were placed on opposite tracks by many fans and analysts heading into 2022 since the former was touted as one of the most dominant rosters in the league, while the latter was slated to be a middle-of-the-pack squad. After five weeks, however, the script has been flipped.

Vitality, on one hand, have been one of the most inconsistent teams in the region so far. For example, they have some of the worst early-game objective stats in the league, according to Oracle’s Elixir. They’re also in the bottom three for overall dragon control rate and Baron control rate in the LEC, as well as being the worst warding team in the league. They’ve made some questionable calls that end up throwing away any advantages and need to clean their gameplay up as a team.

Misfits, on the other hand, have seen the rise of Vetheo as a budding star mid laner in Europe. His mechanical skill has led him into the top-three in kills, KDA, and kill participation, with a flexible champion pool that includes picks like Sylas, Yasuo, Orianna, Viktor, and, of course, Zoe. As a full unit, Misfits have shown some outstanding teamfighting skill and great decision-making, even though they might not have the strongest early-game performances.

We got ourselves a race: Rogue, Fnatic, G2 Esports

After losing three out of four games to close out the first round robin of the Spring Split, Fnatic got back on the horse in week five, winning both of their games and climbing back to within one game of first place. Their recent success combined with two glaring dents in Rogue’s almost perfect split have tightened the race at the top of the LEC. Plus, with G2 sticking around, winning at least one game during each week of games this split, the down-to-the-wire run to the end of the season couldn’t be closer for these three teams with four weeks to go.

Fnatic lost to both Rogue and G2 in the first round robin, which makes us question their staying power at the top of the league. But with wins against practically every other team in Europe, it’s undeniable that they’re top-tier contenders. Fans should be able to exhale and get a bit more clarity on the status of the race for first when Fnatic and G2 reignite the LEC’s most classic rivalry in this weekend’s final match.