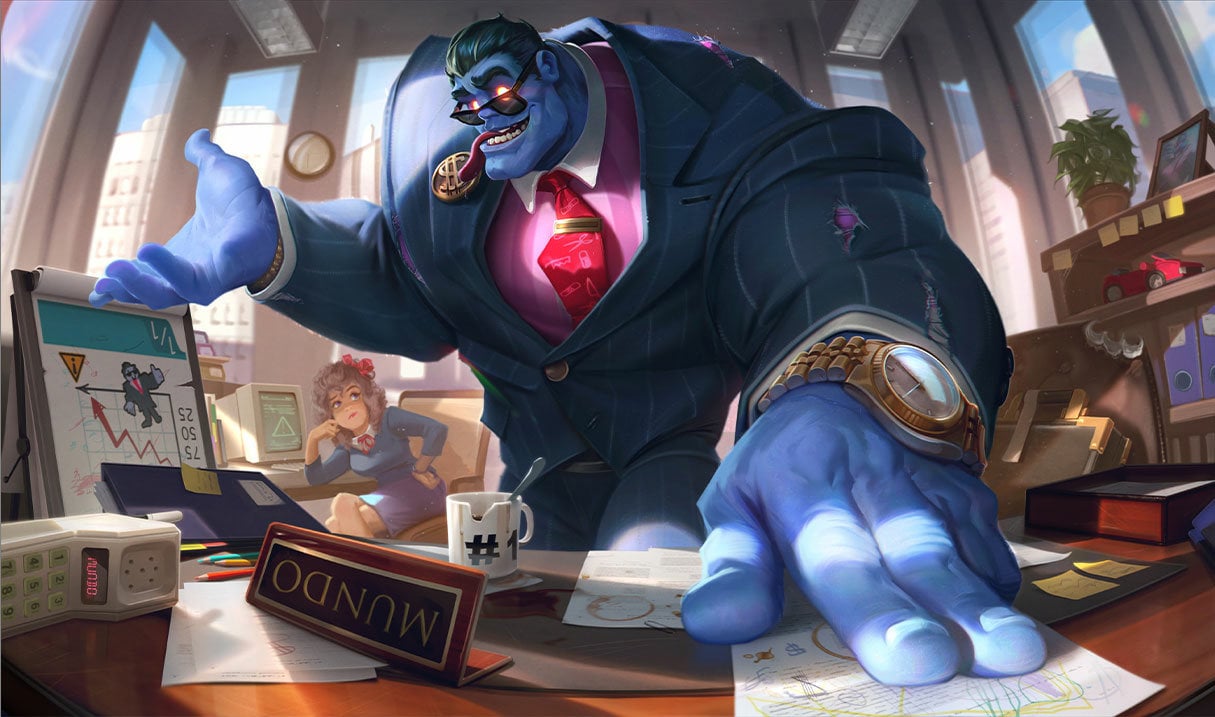 League of Legends Patch 11.14 is not only bringing buffs and nerfs to some champions, but it is also rebalancing a few kits that desperately need some tuning.

Jeevun “Jag” Sidhu, lead game designer on the Summoner’s Rift team for League, revealed that alongside the planned buffs and nerfs for champions in Patch 11.14, Dr. Mundo, Irelia, Lillia, and Tahm Kench are receiving major adjustments to their kits to balance their individual power and statuses in the meta.

Only a few short weeks after his successful rework, Dr. Mundo is making headlines in the patch notes yet again. While the Madman of Zaun has been attempting to make a name for himself once more in the top lane, he has been struggling to survive in the jungle—a role that Mundo used to excel in. So his base attack speed is being buffed, as well as a 100 percent health cost refund on his Q. He’ll also be able to kick away smaller jungle camps with his E and enjoy a larger damage ratio with this ability as well.

In an even shorter time after his mini-rework, Tahm Kench hasn’t budged from the bench as much as Riot would have liked him to. Moving his Devour to his R has been a major blow in Tahm Kench’s normal playstyle, converting him into a more aggressive tank option rather than the protective style that he was known for. To compensate for the weaknesses associated with his new kit, all of his abilities are being tuned in some capacity.

Tahm Kench’s passive damage now stacks further with his health, and he’ll be able to proc this passive while using his Q. The heal on his Q is also being considerably increased with a new base heal added to the bonus healing based on his missing health. Tahm Kench’s new defining ability, Abyssal Dive on his W, allows him to move a bit too freely, so its cooldown is being increased—also mentioning a mana refund on the ability, though it currently does not have this capability.

Now that Devour can’t be used as freely, Riot is aiming to make Tahm Kench’s new ultimate more impactful when saving an ally. The shield that it provides to devoured allies has been increased by 100 at all levels while maintaining the bonus AP ratio. To compensate for this bigger shield, Tahm Kench will now be slowed a bit longer at ranks one and two, while retaining the ten percent slow at rank three.

Lillia and Irelia’s changes have previously been announced, though Irelia’s changes have yet to be cemented as prepared for release to live servers. To bring her back up to speed in the jungle, Lillia’s abilities are being tuned to give her a bit more damage back instead of froliking in and out of fights, hoping for teammates to pick up the slack. Riot is still attempting to find a healthy balance of damage and mobility with Irelia, though the previous Quick Gameplay Thoughts regarding her kit showed that Riot certainly does not think she is in a great spot. More changes are expected to follow with these two champions, as their adjustments are tentative.

All of these adjustments are live on the PBE and are subject to chance prior to the release of Patch 11.14 to live servers on Thursday, July 8.