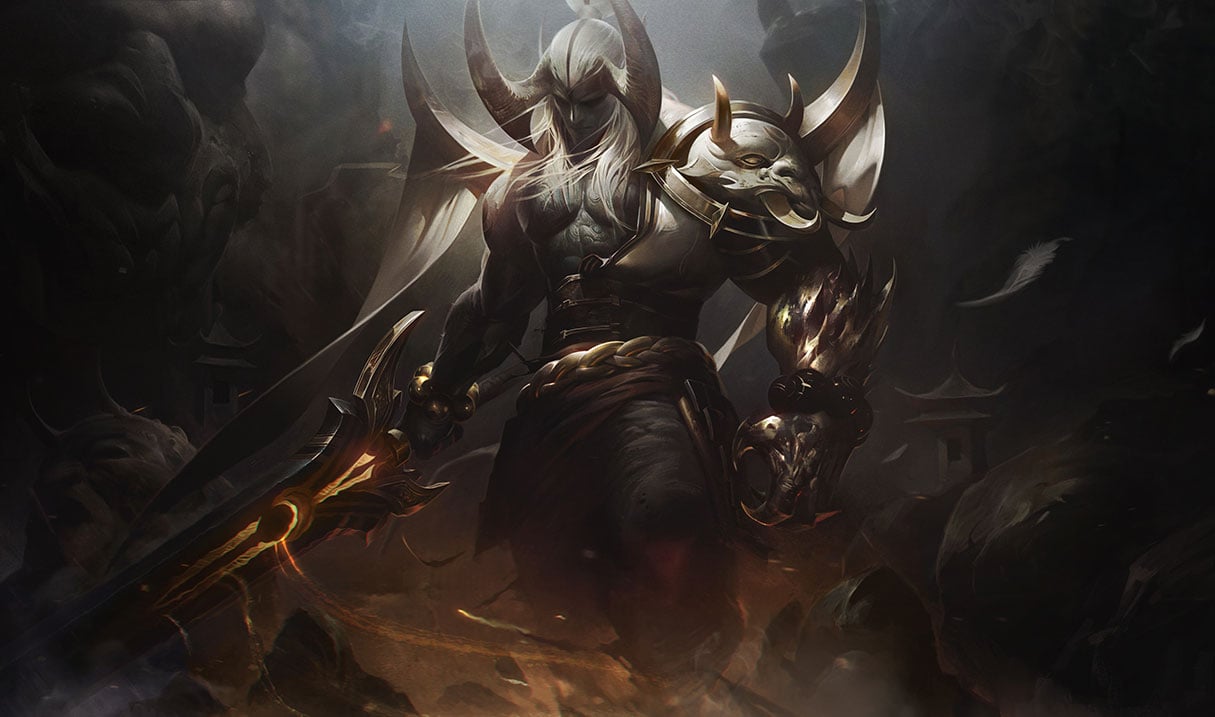 Just as League of Legends players get upset when a balance change doesn’t go their way, some will also get very upset over skins. They’ll either claim the skin wasn’t made well, it isn’t going to the correct champion, or, in Blood Moon Aatrox’s case, a Prestige skin doesn’t make them feel accomplished or special enough.

That’s right, in a post on the League Reddit community that hit the front page, players are complaining that Riot is “pushing out Prestige skins like it’s nothing now,” and that the skins should have “a higher rarity.” These complaints are directed toward Blood Moon Aatrox’s Prestige variant, which hit the PBE yesterday.

Prestige Blood Moon Aatrox is only League’s third Prestige skin since Kai’Sa’s K/DA variant went live following Worlds. And still, at least 1,200 Reddit users have upvoted a post that claims Riot has gone off the rails with too many Prestige skins.

If you didn’t take part in Riot’s Worlds event and haven’t seen our coverage on the upcoming Snowdown event, you may not know how Prestige skins work. Essentially, whatever event is going on at the time will award a sort of token, and if you collect enough by completing missions in-game, you can then spend them on rewards, like the golden Prestige skins. In other words, these are actual, unique skins, not Chromas, that can be acquired for free if you play the event enough.

With one Prestige skin out and two more on the way, this Reddit post states that owning a Prestige skin now feels “way less rare and statisfying.” Sure, there’s only three skins in total, but that qualifies as way too many to these fans.

Prestige Aatrox launches with the Blood Moon event, set to come out this winter.