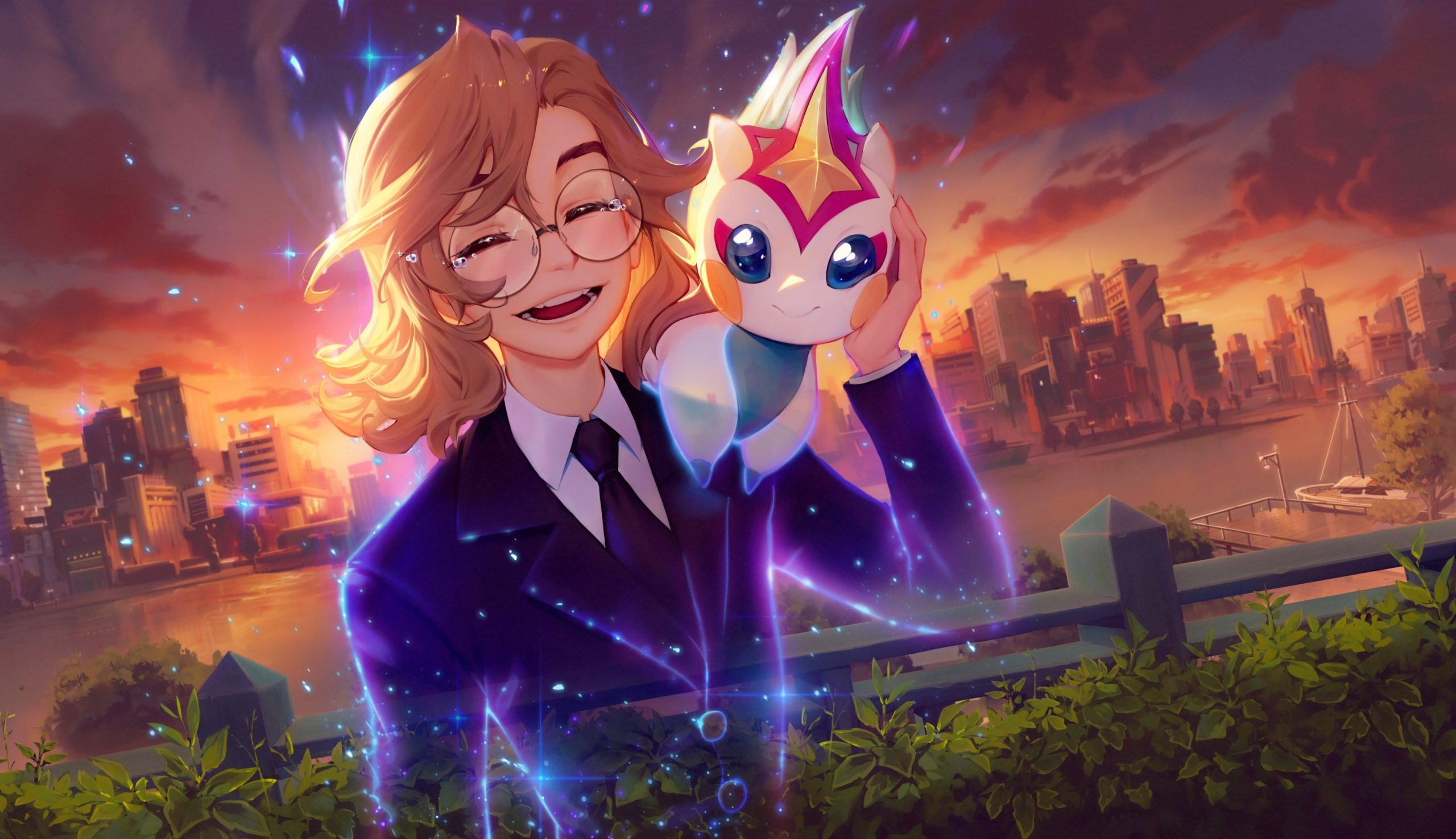 This summer, Riot Games brought back the magical universe of the Star Guardians to all of its fans with a new event across its games. With a new music video and storylines, more League of Legends champions have continued to join the universe since 2016.

This year’s event features various new stories in which fans can actively discover and learn more about their favorite Star Guardian, whether they’re new or returning from a past event. The 2022 Star Guardian event, however, distances itself from past events with unique designs, three new webcomics, and a whole new world of lore about the event’s protagonists.

Stephanie Bedford, the narrative producer for League and Wild Rift, followed the creation of the 2022 Star Guardians event step by step and shared some of the reasons behind the narrative and design choices with Dot Esports.

One of the characteristics of the Star Guardians is their star gem, which stands at the core of each guardian. Looking back at the past two events, all members of the Star Guardian teams had the same amount of points in their star, with the first event’s team having a star with five points, like Lux and Jinx, and the second event’s team a star with four points, such as Neeko and Ahri. But in this year’s event, some of the guardians have a three-point star, while others have a different shaped star entirely.

According to Bedford, these unique designs derive from wanting to explore individuality within the Star Guardian Universe. “Previous squads had more unified squad-theming in their gems … but this time around it was important for us to really sell the idea that these are different people coming together,” Bedford told Dot Esports

Bedford continued explaining that the shapes of the Guardians’ gems have narrative implications and reflect each champion’s personality. They are a vehicle for storytelling and are a further representation of the destiny of each champion. For example, Rell has a shield-shaped gem, while Ekko’s has an hourglass shape. One of the most evident examples of using the gems to convey the characters’ backstory is Kai’Sa and Akali’s gems since theirs are inverse reflections of each other, representing how the two are “irrevocably tied together” in their journey.

Another new character introduced in this year’s Star Guardians event is Fiddlesticks, which in the event is revealed to be the first Guardian to ever fall. Bedford explained that Fiddlesticks was previously called Harp, a Guardian whose familiar name is Geist. Along with Zoe, Harp was part of the first class of Star Guardians. Its fall (yes, it’s an it) was the reason why Zoe went full supervillain and is currently obsessed with corrupting other Guardians so they can be saved from the monstrous fate of becoming fallen Star Guardians.

The Guardians will have to face Fiddlesticks and defeat it to bring peace once more to Valoran City. But to do so they first have to discover Fiddle’s weak point. “Geist is trapped in the lantern cage at the center of Fiddle’s body and is the last remaining piece of Harp that remains,” Bedford said. She also explained Geis is ultimately Fiddle’s weak point, and only after the monster is defeated, the familiar and Harp will be reunited.

In the past, Harp was close to Zoe; they even used to play chess together. This is brought to life in the story through Fiddlesticks’ splash art, where it’s seen playing with chess pieces and a chess board. The visual ties to the life of the champions in various ways, and the connections to chess and the game’s pieces become apparent once fans know that it’s part of the champions’ story. Bedford explained that concept artist Oussama “Whiteleyth” Agazzoum used the backstory to help push forward Fiddlesticks’ concept art and highlighted how Fiddlesticks’ design is “fantastic” because of these choices to reference its story visually.

Looking back at the past Star Guardians events featuring Zoe, fans can notice how even in the trailer for the event there is a reference to the chess board, specifically in Zoe’s Chaos Dimension. “The Chaos Dimension is a realm that molds itself around the desires or fears of its host. Zoe has harnessed this realm in the past, like you can see in the Light and Shadow trailer,” Bedford explained. She added that despite the similarities and common visual elements between Zoe and Fiddlesticks’ Chaos Dimension, each realm is unique. This dimension can take many forms that cannot be controlled or predicted, and it always has a “dream-like” quality. In the Wild Rift 2022 story, Bedford says, Rakan also has a unique area that features key props related to him and Xayah.

Despite the dark realm in which Fiddlesticks resides, its design has a colorful and bright palette, making it a member of the Star Guardians through and through. “Thematic development, both visually and narratively, is something that the Narrative team collaborates heavily in with our Art partners as well as all of the other disciplines,”  Bedford said. “It is important that we have vibrant, sparkling colors full of saturation for Star Guardian and Fiddlesticks is no exception to this, even though it is a villain in our story.”

The Star Guardian 2022 event features a new interactive story, a music video, and new features across all of Riot’s games. Fans can stay up to date with all the newest updates on the stellar-looking official Star Guardians website.