The new autobattler game mode has been a huge hit. 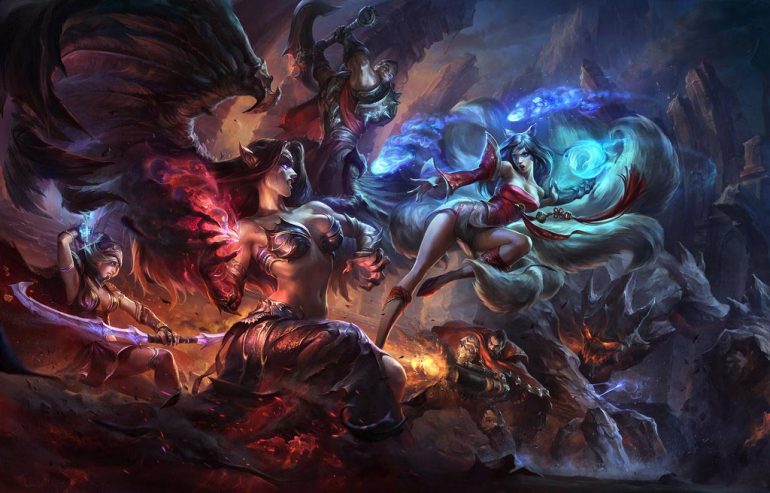 If you haven’t tried the newest League of Legends game mode, Teamfight Tactics, you’re really missing out. It’s very close to an entirely new game from Riot Games. And so far, it’s been wildly popular, even though it’s still in beta testing.

People are really loving this latest riff on the autobattler genre. New game modes are always fun, but Riot has surpassed expectations with both the actual game and with how they released it.

Here are the top five things that Riot got right with this one—and why you should start playing it.

1) It’s polished for just being released to the PBE

Sometimes when Riot releases new things to the PBE, they’re really rough. Just ask any Sylas main how they feel about the current change list. For game modes, the closest recent example is Nexus Blitz, which was super fun, but looked very much like a work in progress.

Teamfight Tactics is not that. Right out of the box, it looks and feels polished. Little things like animations and sounds are incredibly well done. The animation lift is lower with a static map, but it’s still impressive how little details are filled out all around the board.

There are issues with the gameplay, but remember—Riot has been developing this for mere months with a team of just a dozen people working on it. It’s an impressive feat, and the developers should be proud of what they created.

2) It has a distinct League of Legends feel

Teamfight Tactics revolves around using League champions to fight out battles on an imaginary chess board. With Garen spinning around, it’s easy to tell which game this is based on.

But it’s not just the champions—the game mode has a distinct League feel even if you ignore them. The board itself is somewhere in-between Hearthstone’s whimsical setting and Dota’s more high-fantasy approach, just like Summoner’s Rift. And the player avatars are all League. They’re basically animated poros, pengus, and everything in-between.

The biggest thing Teamfight Tactics has going for it is that is is incredibly fun. That’s why people started playing Dota Auto Chess in the first place. Teamfight Tactics is the fun part of League—the teamfights—but in a much lower-stress setting since you don’t have to micro the champions.

It can also be easier to play with friends in this game mode than on Summoner’s Rift. In Rift games, you can either play full custom games, which can be a chore to find enough players for, or play on the same team. But it’s difficult to be matched up against your friends and prove who is the best.

That’s what Teamfight Tactics is all about—loading into the same game and going at it, battle royale style.

4) It can potentially capture a new audience

Teamfight Tactics is so much fun because it brings so many different elements together: it borrows ideas and themes from card games, MOBAs, RTS, and yes, even battle royale. Riot Games calls this a new game mode for League, but in reality, it’s a whole new game category.

The reach of this mode can be extraordinary. It has the potential to bring all-new players into the League ecosystem that never would have explored it otherwise.

For months, Riot has been trying to get its partner program right, but the results have been uneven. Even when stuff isn’t getting leaked, it just seems like the program isn’t really paying off.

That’s not the case with this game mode. Within hours of the official announcement from Riot, videos started flowing in from content creators that were given a sneak peak. Some of them are even featured on Riot’s official site. The fact that so many people were given early access and Riot was able to coordinate their release timing is impressive.

This is a fantastic way to build hype for the game mode while rewarding content creators who love League. It’s a win-win for Riot and its partners, and also a win for fans.