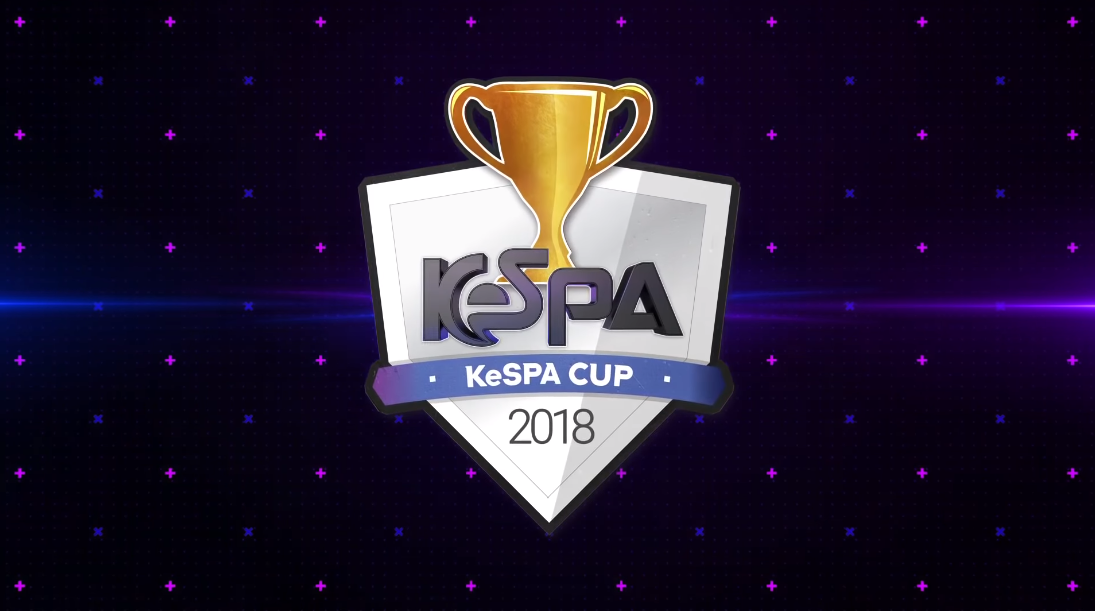 Last week saw the conclusion of the 2018 KeSPA Cup, an annual end of the year tournament in Korea featuring LCK, Challengers Korea, and amateur players.

In addition to giving viewers a preview of the many new LCK rosters, this year’s KeSPA Cup put a spotlight on the Korean challenger and amateur players that fans don’t regularly have exposure to. Here are four things we learned from the 2018 KeSPA Cup.

The 2018 offseason saw the biggest LCK roster shuffle since 2015, which has since been dubbed the great “Korean exile.” Following underwhelming performances both domestically and internationally for a select few who managed to qualify for those tournaments, every LCK summer playoff team made changes to at least two starting positions, with the exception of one—Griffin.

Griffin didn’t just join the LCK this past summer, they forcefully took it. Extending their already undefeated streak from spring to 22 matches before their week three loss to KT Rolster, Griffin’s six rookies spent no time establishing themselves as top performers in their respective positions. Griffin ended their inaugural LCK split in second, one game win from completing a six-man royal road. Unable to overcome Gen.G’s regional qualifier buff though, Griffin were absent from the World Championship, leaving only a trail of forever lingering what-ifs after the LCK’s disappointing performance at the global tournament.

But while every other legacy LCK team took the post-World Championship offseason to restructure their respective rosters, Griffin were in Phuket, Thailand happily ziplining, and enjoying the various aquatic activities offered in the province. Griffin opted to make no changes to their starting lineup, which were already so close to reaching LCK kingship. So as their LCK competitors carefully explored their free agency, Griffin’s players explored Phuket’s waters with snorkeling gear.

Griffin’s Phuket endeavours are now over, and the LCK finalists have gotten even stronger in their almost three-month break from stage play.

Griffin speed ran their way through this year’s KeSPA Cup, bulldozing through Afreeca Freecs, DAMWON Gaming, and Gen.G, all considered to be top teams.

Although it is true a few of the teams participating in the KeSPA Cup weren’t running their strongest lineup, Griffin’s wins revealed how far ahead they are compared to the every other LCK roster, that are still learning to play together. While the SK Telecom T1 superteam will most likely become increasingly stronger as the 2019 season progresses, Griffin are far and away the favorites to hoist the LCK trophy come April.

Mid game pick comps are in

Near the end of summer, the LCK was the land of late game teamfights. Aside from KT Rolster and their oppressive early game, the rest of the LCK favored more drawn-out matches with champions that scale, most notably Kai’Sa and Varus. As the first couple of Elemental Drakes weren’t very important save for Infernal, teams deferred from early teamfights, choosing instead to leave the buff and not risk an early deficit. Games would often go past the 40 minute mark, with the turning point coming about through Baron, whether it be a fight breaking out around the Baron pit, or a team sneakily taking the objective.

But over the course of the World Championship, this playstyle slowly began to be abandoned by global teams, who instead opted to build compositions with more early firepower. Lucian was steadily rising in priority alongside Xayah, and Kai’Sa, with teams taking more and more risky early to mid game teamfights, and tower dives.

Almost three months and five-and-a-half patches later and these mid-game pick compositions have become the popular playstyle for Korean teams at this year’s KeSPA Cup. With the new turret plating mechanic rewarding bot lane bullies like Lucian with more gold and early Elemental Drakes’ value being increased, teams are putting an even greater focus on the early game.

All throughout the KeSPA Cup teams were building compositions that spiked in the mid game and could win early teamfights around the Drake pit. Korea’s once-coveted Kai’Sa has now been relegated to teams’ fourth choice of AD carries at a pick and ban percentage of 27.9, falling behind the likes of Lucian, Ezreal, and comet Cassiopeia.

KeSPA Cup teams’ goal this year was to secure an early lead, get a meaningful pick onto the enemy, preferably the jungler, which is used to take the Baron and end the game in a quick 30 minutes.

Don’t be fooled by their names, the legacy LCK teams who participated in this year’s KeSPA Cup are very different from their 2018 counterparts, save for Griffin. November’s free agency period has resulted in a reshuffling of players between teams. Son “Ucal” Woo-hyeon joining Afreeca Freecs, Han “Peanut” Wang-ho moving to Gen.G, and SK Telecom T1 helping Park “Teddy” Jin-seong escape Jin Air Green Wings’ prison are just a few of the many major acquisitions made during free agency.

And with these changes has come new identities for these teams, as seen in the KeSPA Cup. No longer is KINGZONE DragonX the solo lane-centric team from 2017 and 2018, and have transitioned to being centered around AD carry Kim “Deft” Hyuk-kyu, the team’s now only major star with the departure of Kim “Khan” Dong-ha  and Gwak “Bdd” Bo-seong. KT on the other hand, has become completely solo-lane focused with the addition of Bdd.

The biggest of these changes comes with SK Telecom T1, who now have side lanes they confidently play to. During the KeSPA Cup, Lee “Faker” Sang-hyeok became a Lissandra bot, playing all but two games as the ice witch. But unlike the previous two years, SK Telecom T1 received considerably less criticism for giving Faker a supportive role because the team finally has other players that can and have a historical record of carrying. This is all said without mentioning SKT also signed arguably the second best Korean player of all time in support Cho “Mata” Se-hyeong.

Although fans got a preview of teams at the KeSPA Cup, it will still take some time to get used to all these revamped LCK rosters.

A preview of the future

Every year, in addition to LCK and CK teams, the KeSPA Cup also invites a certain number of teams who participated in Korea’s yearly KeG Championship, an ameteur tournament where teams represent the different Korean cities. These teams are made up almost entirely of amateurs with no professional experience.

Composed of five ameteur players, and without any coaching staff, this KeG Seoul team managed to beat Hanwha Life Esports, who in 2018 were considered to be one of the better LCK teams. In the following round KeG Seoul then took a game off the hyped DAMWON Gaming lineup before being eliminated.

Prior to the KeSPA Cup, only KeG Seoul’s jungler Choi “Ellim” El-lim, and AD carry Lee “Gumayusi” Min-hyeong had found a spot on a professional team as SKT trainees, with Gumayusi being too young to compete at age 16. But after their surprising performance against Hanwha Life, the situation changed. “There’s whispers that all five players have already found teams because of their showings against Hanwha Life,” caster Christopher “PapaSmithy” Smith said near the end of game one of KeG Seoul and DAMWON’s best-of-three second round match.

If those whispers are confirmed true and all KeG Seoul players have joined teams, we may soon witness the creation of another LCK star in the next year, thanks in part to this year’s KeSPA Cup.