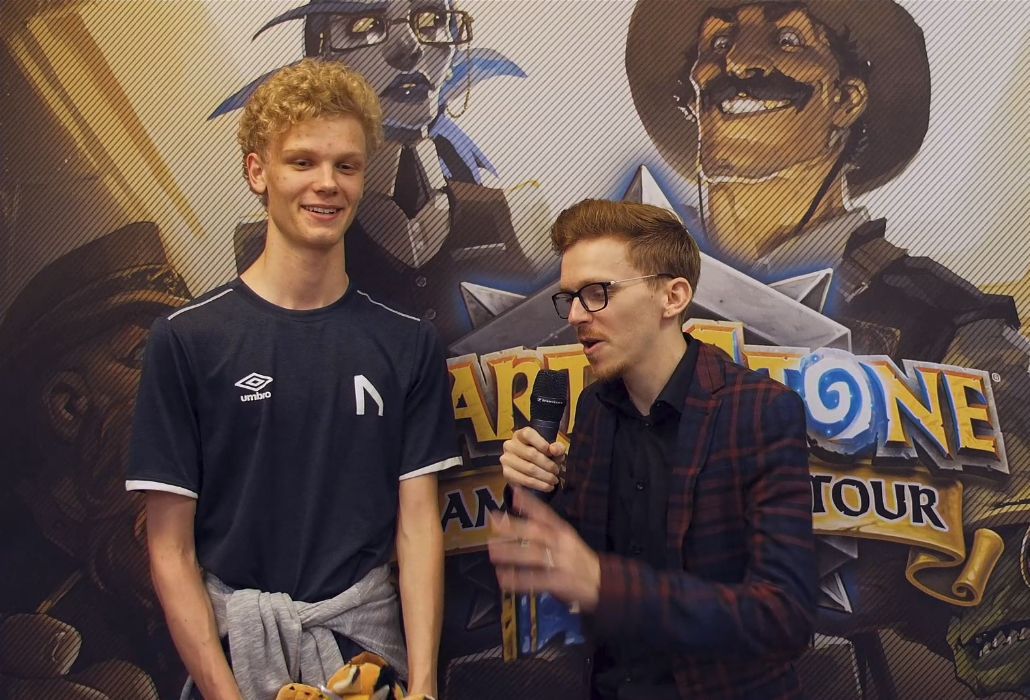 Casper “Hunterace” Notto has achieved something in Hearthstone no one will ever be able to repeat—he’s the game’s first Master.

Thanks to another top finish at HCT Tokyo, Hunterace has amassed 151 Hearthstone Championship points this year so far. That passes the threshold for the first tier of the new Masters system, One-Star Master.

That entitles him to entry into exclusive end-of-year tournaments and some swag. If he can reach 175 or 200 points for the year, he’ll be able to claim automatic entry into the seasonal playoffs and a cash bonus just for turning up to Tour Stop events.

It’s not like Hunterace needs cash just for turning up to Tour Stops, he’s quite happy to win it. In the five Tour Stops he’s appeared in he’s finished first twice, second twice, and slipped down to top four this weekend in Tokyo.

Players have three seasons to accrue enough points to be a master, and it’s a rolling total. So if you can keep your points topped up every season, you’ll continue to be among the elite. Hunterace has achieved the first tier with almost an entire season to spare, so he’s got plenty time to get the further 49 points he needs. If he only gets 49 points in season three it would be a step back from the 66 he got in season one and 75 from season two.

As for other players who might make the Master rank, there are a few who could well reach the 150-point threshold—at least according to the currently published standings. In Europe, Chris “Fenomeno” Tsakopoulos of Greece probably has the next-best shot. He’s on 124 so far, so would be on track to reach at least Two-Star Master. Jaromír “Jarla” Vyskočil (112), George “BoarControl” Webb (109), and Linh “Seiko” Nguyen (104) all have over 100 points from the first two seasons.

In the Americas, no players got over 50 points in season one. That means only big performers and Tempo Storm teammates David “JustSaiyan” Shan and Muzahidul “Muzzy” Islam have over 100 points so far—104 and 126 respectively. In APAC it’s a similar story, with “Shaxy” (106) and “DacRyvius” (104) closest to reaching it.

The thresholds for the Masters tiers might end up being quite brutal, and those tournaments could be pretty lonely—but if everyone could be a Master, it wouldn’t mean anything right?