This November will mark Warcraft’s 22th anniversary, following the summer release of the upcoming movie based on the original game. And paving the way for it is the release of Warcraft’s first official Lore book. World of Warcraft: Chronicle – Volume I is here, and it is every lore geek’s dream.

What began with a fantasy take on Westwood Studios’ pioneering strategy game, “Dune II: Battle for Arrakis” is now a fully fleshed fictional universe, the setting for several strategy video games, the world’s most popular paid Massive Multiplayer Online Game, over a dozen novels and comic books, the upcoming Hollywood summer blockbuster, and, of course, one of the most popular collectible card games in the world, Hearthstone. 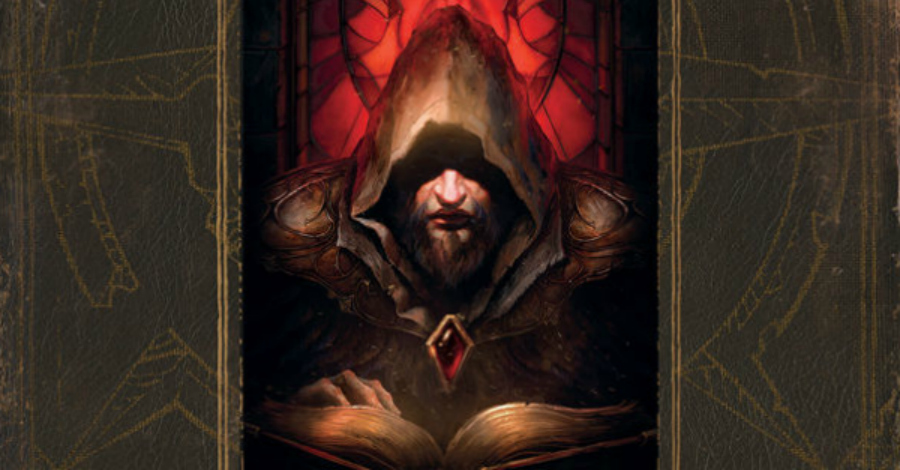 Over the past 22 years, the storytellers at Blizzard have created and re-created hundreds of plot-lines spawning millenia, threading across planets, connecting several dozen characters and events. Much of this was never clearly disclosed, and some parts have been through several revisions.

While remaining adamant that most of what is written in the comics and books is considered canon, and excusing some inconsistencies seen in the earlier video game incarnations as side-effects of the technical limitations of the time, Blizzard has been historically tight-lipped about their internal “bible”, the story document that clearly defines the pillars of the Warcraft mythos. 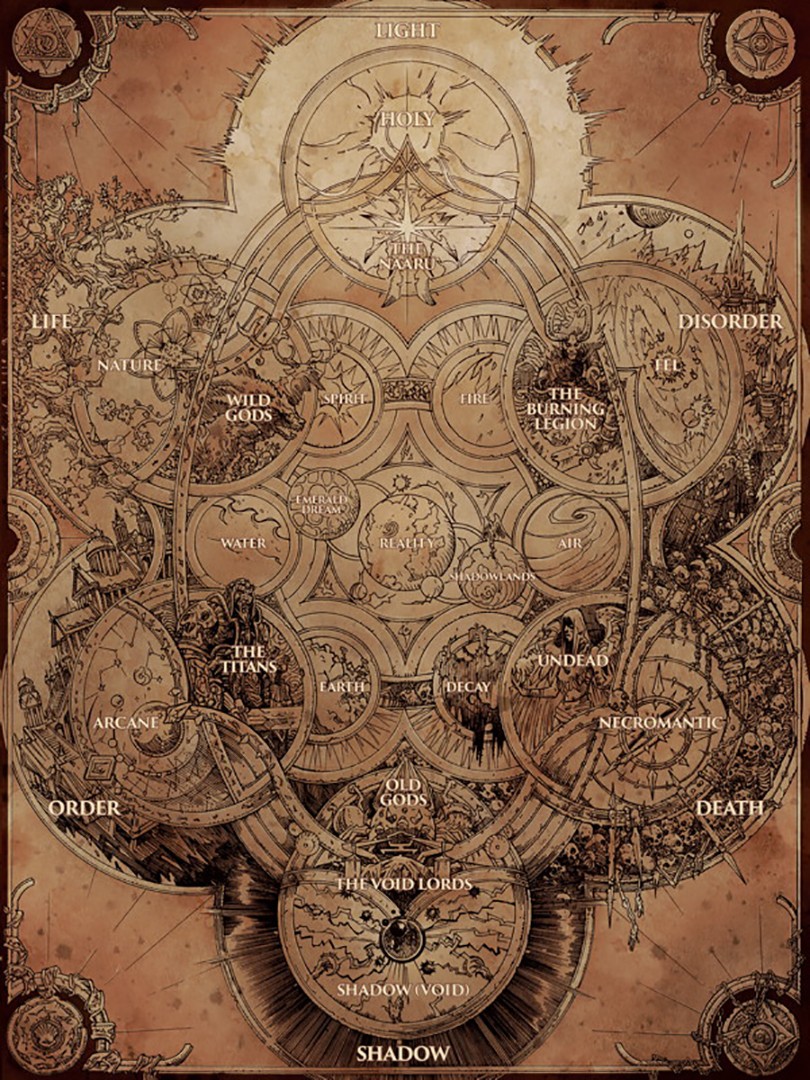 This has led many fans down the path of the digital, fantasy archaeologist, plumbing the hidden corners of the games and related media in an effort to find and connect all the pieces of the puzzle. Some things were spelled out quite clearly; others required some guesswork; others still, ample speculation. I, myself, have engaged in such digital archaeology while working on my Flavor Text and Lore series.

The World of Warcraft: Chronicle book, however, signals a deep change of policy in Blizzard’s part. For the first time ever, they are putting out into the world a comprehensive take on their internal bible.

What is noticeable right from the start, seeing the World of Warcraft: Chronicle book for the first time, is the care that has been put into its crafting.

This is a beautifully bound hardcover volume, with a slight velvety feel and an embossed, photo-quality detailed illustration of the Last Guardian, Medivh, pouring over an ancient tome, with the vitral in the background ominously shaped as the dreaded fallen titan, Sargeras.

This craftsmanship extends to every aspect of the book. The fonts are delightfully designed and the text is printed in high-quality paper and occasionally accompanied by gorgeous artwork. If you’ve ever looked at your Hearthstone cards and wished you could have some of the same quality art by your desk or in your living room’s coffee table, look no further. 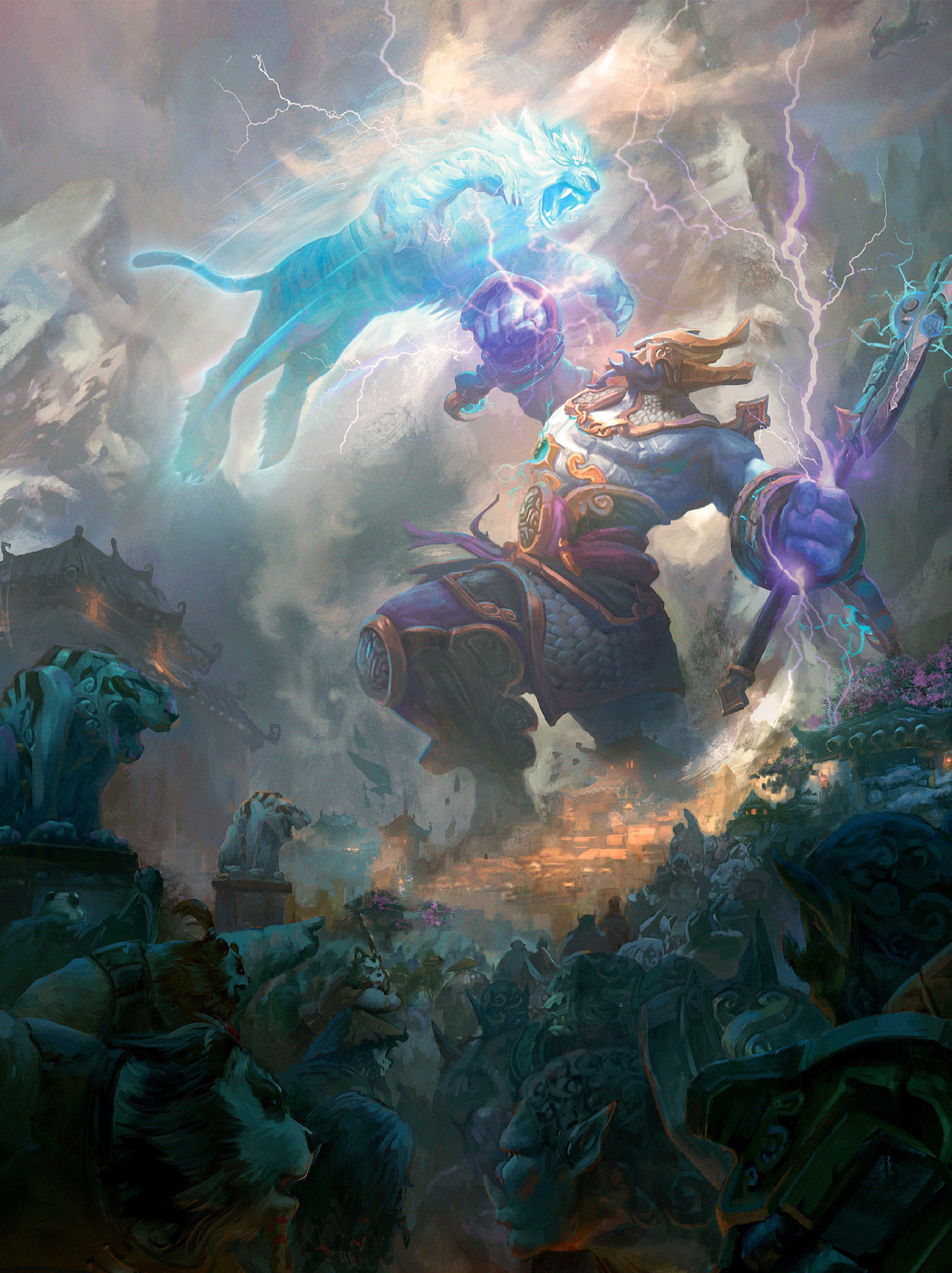 And the written content is indeed on par with the presentation. After combing the novels, wiki and games for hours and hours to find material for my lore articles, reading this book was like being transported to the Library of Alexandria. Events that had only been vaguely hinted at, obscure references whose meaning had up until now only been speculated about – suddenly the veil is lifted and much is made clear.

This first volume of the World of Warcraft: Chronicle focuses on the creation of the world, many millennia before the birth of most of the heroes we recognize. It lays bare the history of the Titans, their influence and interest in Azeroth, as well as the fall of Sargeras and the rise of the Burning Legion, and the reason behind their nihilistic Burning Crusade.

Perhaps more relevant to the current events in Hearthstone, it goes into much detail into the reign of the Old Gods, their works, motives, kingdoms, and ultimate defeat and banishment.

Though it’s not all ancient (well, super ancient) history. 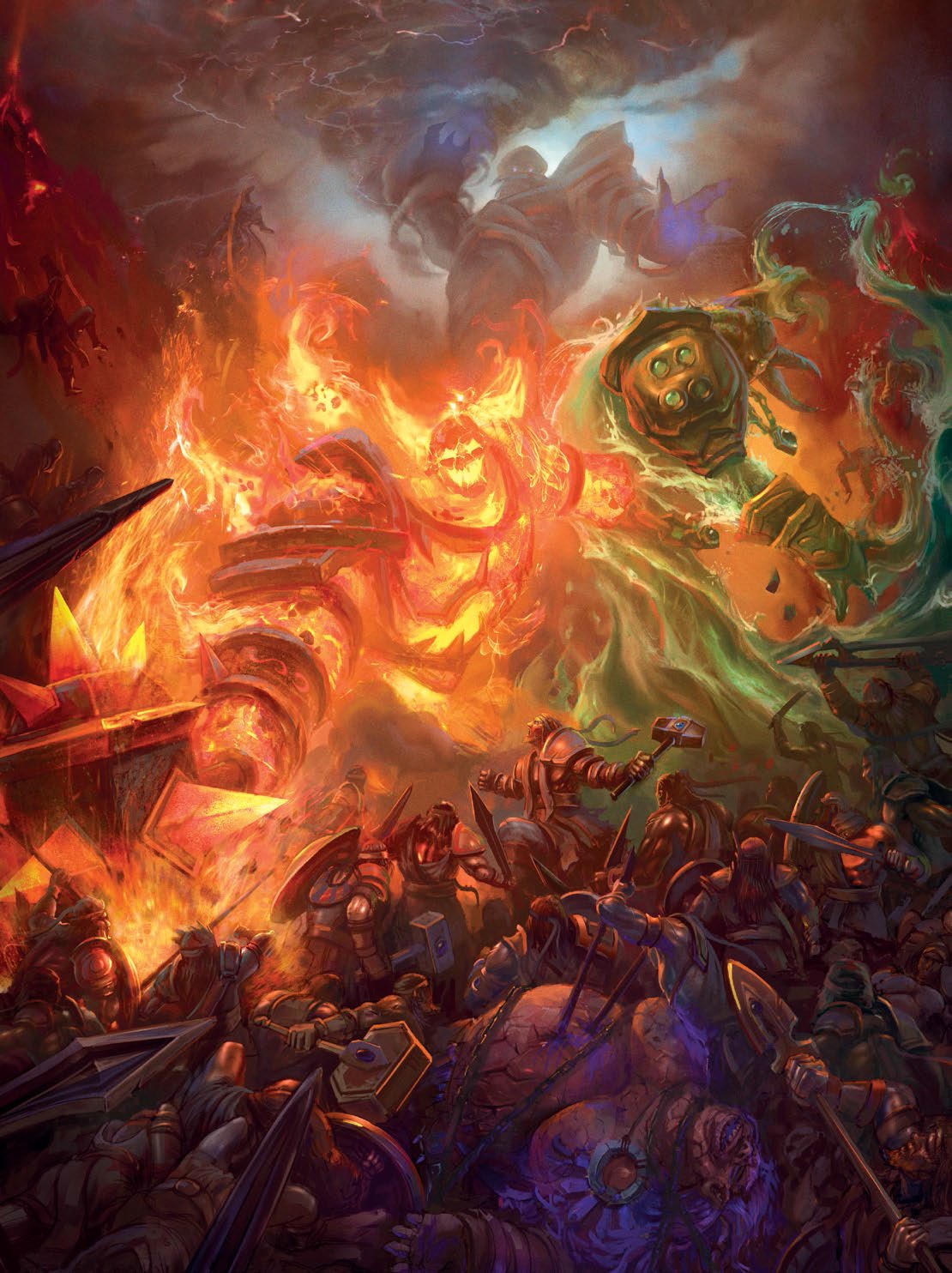 The book also details the rise and fall of the Troll Empire, the creation of all races currently living in Azeroth, the shattering of the world brought about by the first Night Elf empire (and, as is usual when the world is ending, everyone’s favorite megalomaniac dragon,

deathwing ) and pretty much every event of importance up until the awakening of the Last Guardian, Medivh – signaling the start of the original Warcraft’s era.

Understandably, the book does not go into huge detail into the parts of the history already covered by the novels. You won’t find, for instance, much about the role of Malfurion and 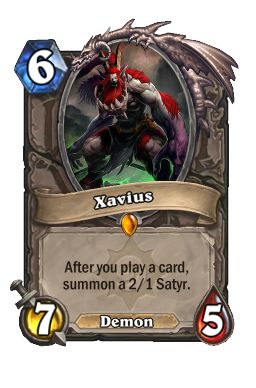 illidan-stormrage in the War of the Ancients, mostly because there are already three full-length novels written about the subject.

The new stuff, however, is presented in all the glorious detail and nuance you could ever want, going even as far as showcasing an extremely detailed political map of Azeroth after each age.

This is truly a great piece for the lore geeks among us, and a very nice-to-have for the ones interested in the story of this world (and loving the artwork). It comes highly recommended – check it out!

Buy World of Warcraft: Chronicle – Volume I from Amazon