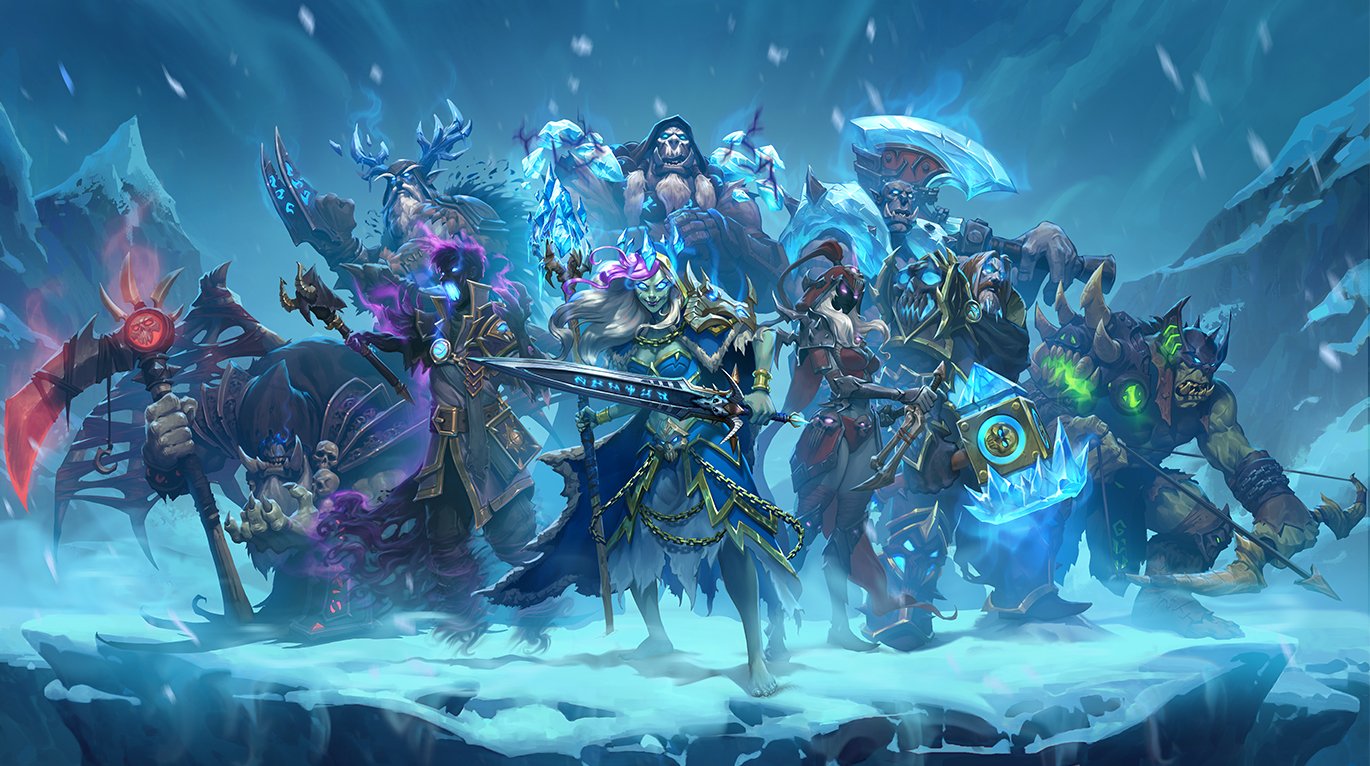 Each new Hearthstone expansion is an opportunity for Blizzard to introduce new decks into the meta. And Knights of the Frozen Throne is absolutely no exception.

The Hearthstone meta is about to be blown wide open.

When the expansion drops, these are the decks to watch out for. These will be powerful decks in the new meta and could help you climb the ladder quickly. So save up some dust, craft some cards, and start building some decks.

One deck to try first with the release of Knights of the Frozen Throne is Divine Shield Paladin. The Paladin legendary perfectly into this type of deck. Bolvar, Fireblood gains plus two attack each time a friendly minion loses Divine Shield. This card could potentially combo well with Blood Knight, and will provide you with two big minions on board.

Howling Commander also lends itself to this deck as it will draw a Divine Shield minion from your deck at a low mana cost. The new neutral card Corpsetaker gains Divine Shield from cards in your deck and give another opportunity to buff some of your other minions.

The other reason this deck may become popular in the new expansion is the existence of Steward of Darkshire. The card grants a Divine Shield to any one health minion that you summon. This card works well with the spawning of Silver Hand Recruits and can give many Divine Shields that will buff other Paladin cards in a Divine Shield-themed deck.

Many strong Paladin cards feature Divine Shields and plenty of players have experimented with Divine Shield decks, but they just haven’t had a breakthrough in popularity. With the release of the new Knights of the Frozen Throne cards and the currently existing Paladin cards, this deck will be better than ever and could find its way into the meta.

As one of three classes with Secrets, it made sense to incorporate new Secret cards in the new expansion. Specifically the new Hunter legendary can give you a number of Secrets in a short time. Professor Putricide basically doubles the value of each Secret you play because Putricide puts another random Hunter Secret into play.

A new Secret was also released in the expansion: Venomstrike Trap. This gives you a 2/3 poisonous snake whenever one of your own minions is attacked, giving you a good clear tool for big minions. Poisonous is a popular theme in Knights of the Frozen Throne and multiple poisonous cards will find their way into the meta.

This type of deck can work in the new meta because of existing Hunter cards that make playing Secrets very strong. Eaglehorn Bow, in particular, has almost always been a fantastic card for Hunters—it gives good removal and can stay on the battlefield for many turns of use. Cloaked Huntress should also be included in this deck as it reduces the cost of your secrets to 0.

Along with the Secrets, you can round this deck out with Deathrattle cards that provide you enough mid-late game tools to stay alive and win. Cards like Play Dead, N’Zoth, Savannah Highmane, and other Hunter cards will supplement the Secrets in order to win you the game.

Warrior decks have always inflicted damage on their own minions to get more value out of them. Knights of the Frozen Throne pushes hard on that concept with some new key cards—and especially the new Warrior Hero card. The hero power deals one damage to all minions for two mana. This gives Warrior decks a chance to proc effects each turn without using extra cards.

The new Warrior legendary also pushes this concept as it spawns a random legendary card each time it survives damage. When comboed with Whirlwind, the hero power, and various other Warrior cards, you can get a lot of legendaries in play for little cost.

Decks similar to this have existed in the past, and cards popular in those decks—Whirlwind, Acolyte of Pain, Frothing Berserker, and many others—can make a return now. This also represents something of a return to Grim Patron-style decks that were powerful back when Blackrock Mountain was released.

Mage is the class people usually think of when it comes to freeze-heavy decks. But with the release of Knights of the Frozen Throne, Shaman has also received multiple Freeze cards that can make a difference.

Shaman’s new legendary from the expansion, Moorabi, presents an interesting option that can give you multiple big minions. You can Freeze either your opponent’s minions or your own to get a copy of that minion. If Moorabi is able to survive for a couple turns, you can cycle your hand and get your most important minions back.

Along with gaining crucial minions, Ice Breaker gives you removal for strong minions. Any frozen minion struck by Ice Break instantly dies no matter their health. This can be comboed with Avalanche to give quick board clear.