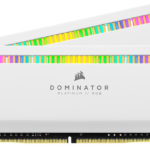 If you’re looking to build a state-of-the-art gaming PC, your choice of RAM will be as crucial as a processor or a graphics card. Though most over-the-counter RAM allow you to start your PC, their speeds can be less than ideal for gaming and they may have a shorter life-span than RAM tailored for gaming.

Regardless of whether you’re upgrading or just looking to install new RAM into a new gaming rig, check how many RAM slots your motherboard has. While most modern motherboards come with more than enough slots to allow users to install RAM in any formation, it’d still feel horrible to order four RAM sticks with only two available slots.

We also advise checking the RAM types that your motherboard is compatible with before getting ready to shop for RAM. There are still DDR3 types of RAM available on the market, but DDR4 has become the norm within the gaming community. DDR4’s efficiency and speed make it unrivaled when combined to its accessible prices. Though it’s possible to mix and match the RAM you have, you’ll always get the best performance out of them when you install them as matching sticks because the RAM with a higher clock speed will run slower if it’s paired with a weaker stick.

With all this in mind, picking a fitting and reliable piece of RAM can still be a time-consuming process. The market is more saturated than ever with RGB options slowly becoming more popular and games becoming more demanding in terms of specs. This roundup of our favorite RAM sticks for PC gaming will get you right back to climbing up the ranks of your game of choice.

While the options are endless on the RAM market, it only features a handful of top brands. Corsair has stayed on top of the ladder, though, with constant innovations and by designing value products.

ICUE allows the compatible RGB pieces in your build to sync with each other and your activities. You can set your RGB lights to become reactive to a game you’re playing and completely lose yourself in the environment it sets. 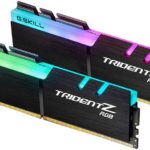 You don’t have to empty your wallet to have aesthetically pleasing RAM. G.Skill owes its spot in the RAM market to its durable products that offer the best possible performance by cutting the least amount of corners.

Trident Z RGB features five separately adjustable RGB LEDs. G.Skill throws a frosted diffuser into the mix that helps the sticks produce a certain glow that takes your RGB game to the next level. The base model features a memory speed of 2,400MHz, but it has offerings ranging up to 4,600MHz. It’s CAS latency of 15 makes the G.Skill Trident Z RGB line a solid consideration and you can easily overclock the base model to higher memory speed to squeeze in a bit more performance. 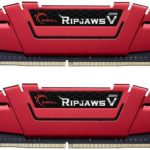 If you’re looking to stick to a budget while shopping for RAM, you’ll need to cut corners somewhere. You won’t want to sacrifice any performance as a gamer, naturally. RGB, however, can easily be cut to lower prices and you should still have the same gaming experience without the lights.

G.Skill pushed Ripjaws as a budget alternative to its premium offerings, but the original line had heatsink problems. The sticks wouldn’t reach dangerous temperatures, but they’d still be hotter than your usual RAM sticks, especially in rigs with a less than ideal airflow.

The second generation of the series fixes all of that and is even more budget-friendly than the original series. The kit’s base memory speed of 2,400MHz can easily be overclocked to 2,900 to 3,000MHz.

Follow community guidelines and make a roadmap of successful voltages and speeds while overclocking for the first time. Going overboard could potentially fry your RAM sticks—and no one wants that to happen. 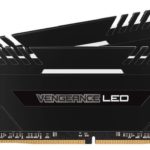 Most gamers enter a point of diminishing returns while purchasing RAM. In all honesty, however, it’s hard to resist the temptation of the next small bit of upgrade to future proof a setup, especially when the price difference isn’t that much.

Corsair Vengeance offers an excellent base memory speed of 3,200MHz and keeps its cost down by cutting the now industry-standard RGB lights. There are LED strips to make up for their absence, however, which still give it a pleasant look.

This simplistic pair of RAM is one of the best performers on the market. You can also opt-in for the 32 GB variant, which features a 3,600MHz memory speed.

The visible heat spreaders on this RAM do a great job of keeping the temperatures down and give gamers ease of mind while overclocking. 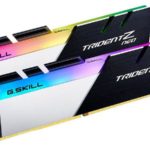 Optimization and collaborations can make a great product even better. The main difference between the regular Trident Z line and the Neo is that the latter is specially optimized for AMD Ryzen processors. This means that you’ll be able to get more performance out of them if you have an AMD Ryzen CPU.

The Neo series also features the iconic RGB characteristics of the original line and adds a small tint of white coloring to its base. This touch makes the RAM look more elegant, which can be a deal-breaker for gamers with tempered glass PC cases. Though the version with 3,600MHz memory speed offers the perfect balance in terms of price and performance, you can opt-in for speed ranging from 2,600 MHz to 3,800 MHz. 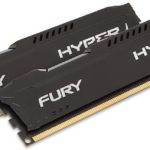 DDR3 RAM is slowly becoming a thing in the past, but there are still many gaming rigs that aren’t compatible with DDR4. If you aren’t thinking about upgrading your motherboard and all the pieces that may become incompatible after doing so, going with a DDR3 RAM upgrade can be more feasible. Despite being noticeably slower than DDR4 on paper, it takes a keen eye to actually spot the real-life difference between the two.

Kingston HyperX Fury comes with a base memory speed of 1,866MHz, but it can overclock itself to higher speeds if it detects a suitable environment. This perk alone makes it the best DDR3 RAM option for gamers.

While this RAM should help your system last a couple more years, it may be a good idea to consider an upgrade given that AAA games become more demanding each year in terms of hardware. 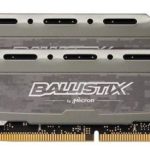 Each gamer has a different gaming habit. Preferring games with lower system requirements like indie games or most competitive titles like CS:GO and League of Legends will also decrease your need for a higher-end RAM.

Crucial’s Ballistix Sport LT checks many boxes like price and performance. Featuring a memory speed of 2,400MHz, the Ballistix Sport LT comes in different combinations as well. You can decide to go with eight GB RAM (2x4GB) or 32 with two 16 GB sticks, but we believe that 16 GB RAM is the sweet spot for the recent generation of games. It’d potentially take another decade for games to use more than 16 GB RAM, but it’s never a bad idea to future proof yourself if you have the budget.

This RAM is optimized for Intel, which eases the process of overclocking it. Don’t skip out on doing the necessary research before pulling the trigger, though, unless you’re an overclocking expert.