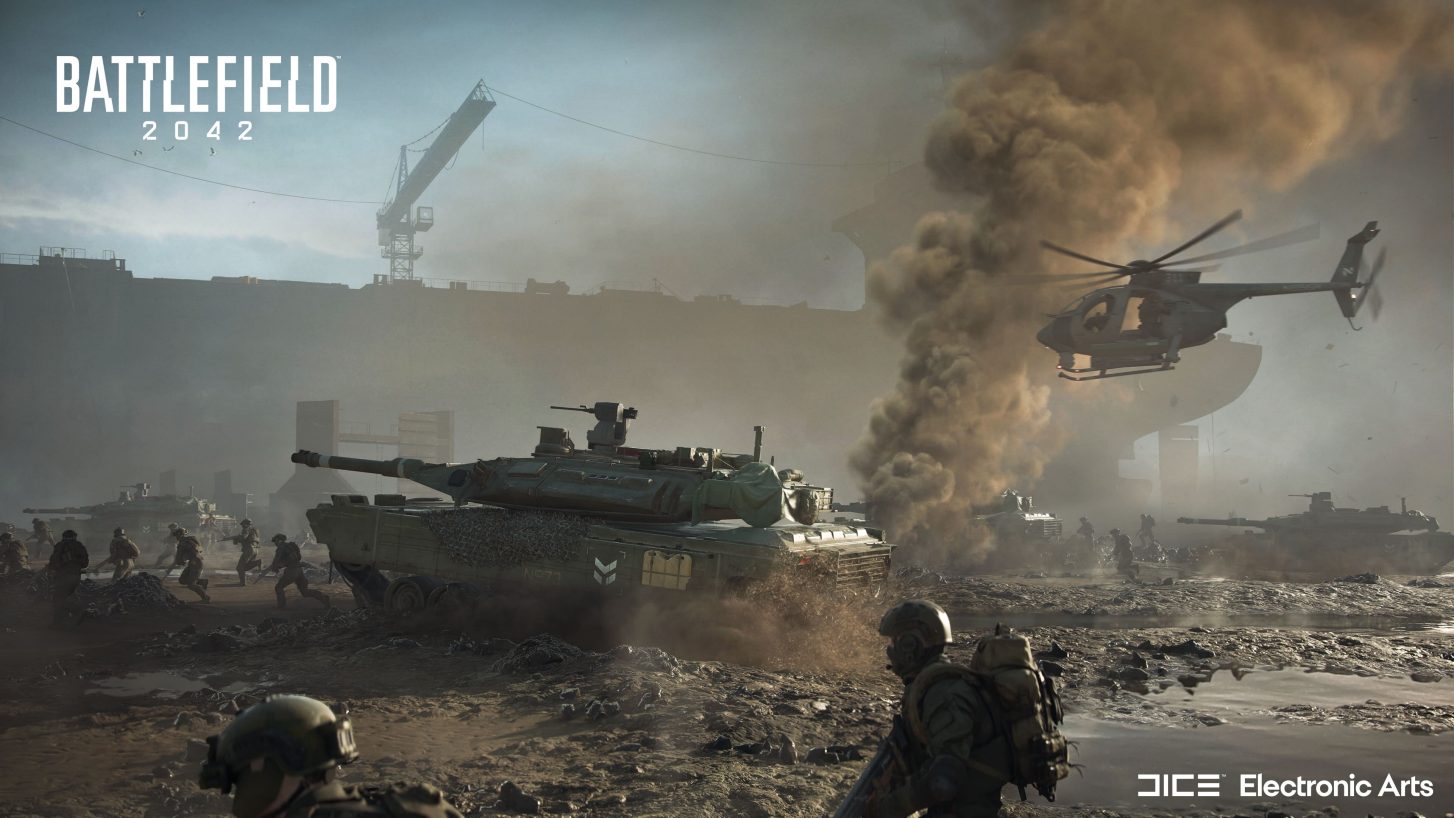 The iconic, expansive shooter franchise Battlefield is returning this October with Battlefield 2042. Electronic Arts and developer DICE released the official reveal trailer on June 9, rife with the destruction, vehicles, and chaos that the series is known for.

There’s still an interesting story that’s led to the massive battles players will dive into, however.

What is the story behind Battlefield 2042?

The story behind Battlefield 2042 begins, harrowingly, just 10 years in the future. In 2031, the combination of “rising sea levels, collapsing economies, [and] broken alliances” pushes the world to its brink. In October 2033, the first category six hurricane, Hurricane Zeta, occurs. A second Great Depression begins just a few months after, and in August 2035, the European Union collapses.

As borders blur and collapse, millions of displaced people form ragtag fleets looking for a place to permanently call home. They call themselves the Non-Patriated, or No-Pats. By 2037, humanity is adapting “to the new normal,” thanks to new developments in technology. But there are still 1.2 billion No-Pats, with many refusing to reassimilate.

But just as things seem to be getting better, disaster strikes. In 2040, a space debris storm knocks out over 70 percent of the world’s satellites, causing a global blackout resulting in plane crashes, collapses in communication, and extreme economic instability. The U.S. and Russia, already in a tense relationship, blame each other, with others blaming the No-Pats movement.

This culminates in a shadow war between the two superpowers, leading to the setting of Battlefield 2042. Both sides field squads of No-Pat Task Forces to fight over resources without sparking an all-out war. But “open-war is imminent” and the No-Pats are all forced to choose a side.

What is the setting of Battlefield 2042?

The war between Russia and the U.S. fought with No-Pat Specialists and soldiers takes place in a global theater, with both sides trying to maintain control over vital resources across a fractured world. The battles will take you to several places around the world, as detailed by the descriptions of the first seven maps that have been announced.

On the map Orbital, players will travel to Kourou, French Guinea in West Africa to the site of an imminent rocket site. In Hourglass, players head to the city of Doha, Qatar, which has been overrun by desert and is subject to sand and dust storms. On Kaleidoscope, players battle in the skyscraper-dominated city of Songdo, South Korea. The map Manifest sees players fight it out in a massive, maze-like trade port that’s packed with cargo containers.

On Discarded, players seek control over a massive beach-side ship graveyard on the west coast of India. Pack your jacket for Breakaway, a frozen oil extraction site in Antarctica. Finally, players will head to the eastern desert in Egypt and a huge, walled-off man-made agricultural site on Renewal.

The massive multiplayer theater of war will likely include other locations as maps are added post-launch. The game will be released on Oct. 22.