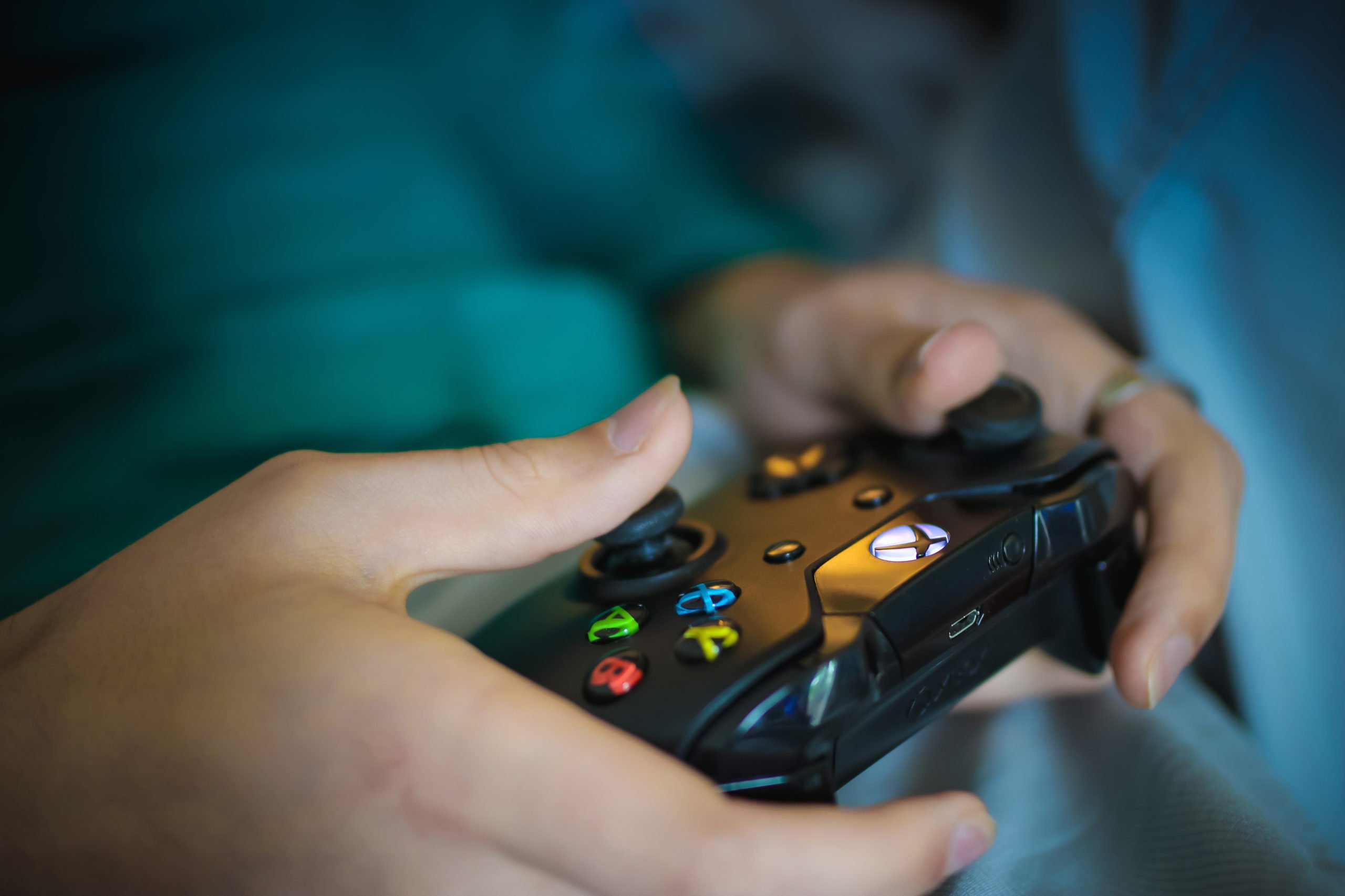 Random Number Generator. But it’s not as simple as that.

RNG is the acronym used for the term Random Number Generator, but there is so much more that goes on beneath the surface. RNG in video games is basically an algorithm that randomly decides a number value and implements it into the game when called for, which can change the course of a game drastically.

In video games, however, RNG is much more complex. If you want to use the same dice-throwing example, RNG in video games is like if you didn’t see the dice being thrown and the dice could have hundreds, thousands, or millions of sides to them.

Within video games, there are a lot of aspects in the gameplay that are randomized and are left to the whims of RNG to determine what outcome you will get. Once you enter a new area and it’s time for enemies to spawn, whether you get a troll, a wolf pack, or undead humans to go up against is determined by RNG.

When you beat these enemy spawns, the kind of loot they drop can also be left to RNG to determine. Commonly, weaker loot will have high chances of dropping while rare or legendary loot will have a minuscule chance to drop.

How RNG is utilized in different video games

Even though RNG can be explained as simply picking up a number at random, it is implemented in various ways in different games which drastically change the experience of one game from another. Below, you can see how RNG is used in some of the most popular video games in the world.

In Hearthstone, RNG lets you draw a new hand each time, and adds some other elements of unpredictability through various cards like Totemic Call, Arcane Missles, and Cleave. Without RNG, players would draw exactly the same cards, in the same order, each time they played. RNG lets you have a randomized, unpredictable, and unique experience, every time you play.

Players are often frustrated by the weight that RNG-based outcomes hold in a lot of matches in Hearthstone, however. A lot of the time, entire games can hinge on sheer luck, and that undermines the skill that players hold a lot.

Gelbin Mekkatorque is an amazing example of a card with a great amount of RNG. The inventions that Gelbin summons as well as the minions that will be affected by those inventions are all determined by RNG. The card can turn the game to the user’s advantage, but can even bite you in the back badly if lady luck isn’t on your side.

Hope’s End and Yogg Saron are other cards that cause extreme RNG in the game. The array of possible spells they could cast could leave the user extremely benefited, or in a critical, losing state.

Dota 2 is an example of a game where there certainly are RNG elements present in its gameplay but aren’t implemented in a way that can heavily swing the tides of a match purely based on luck.

RNG is implemented for a hero’s accuracy, evasion, miss chance, damage spread, the amount of gold received from last hitting, rune spawns, neutral spawns, Roshan’s respawn timer, and the like. While these factors can seem annoying on paper, the slight variance actually adds a lot of dynamism and freshness to every game of Dota 2 without badly affecting players struck with unfortunate luck.

Although, there are some heroes that are heavily RNG-dependent. Phantom Assassin and Faceless Void are commonly criticized for their RNG-heavy gameplay. Phantom Assassin is especially bad due to her ultimate which leads every hit of hers to have basically a one in six chance to crit, leaving the amount of damage dealt in the end heavily dependent on your luck.

Pokémon has RNG present everywhere throughout the game and is implemented, both masterfully as well as questionably.

One amazing example of an exciting implementation of an RNG system is catching Pokémon. Every area where you can encounter Pokémon will usually contain two or more Pokémon that you can come across. Let’s take the patches of grass in Route one within Pokémon FireRed and LeafGreen, for example.

In Route one, you can encounter either Pidgey or Rattata, and they each have a 50 percent chance of appearing, an instance of RNG. Once you come across one of them, its gender, the level it appears at, the nature it possesses, the EVs and IVs it has, whether it’s shiny or not, and more are all determined by RNG.

This means that finding a certain Pokémon with incredibly specific characteristics that you want will take a lot of time and dedication, which makes finally getting one all the more satisfying. The incredibly popular culture of shiny hunting is also all about depending on the RNG gods, and fans love it.

Within battling, Pokémon also features a lot of RNG-focused gameplay. Moves like Earth Power and Moonblast have a 10 percent chance of lowering the opponent’s Sp. Def. and Sp. Atk. respectively, and on the off-chance that you get it, can turn the tide of the match slightly more in your favor.

There are more unnoticeable ways in which RNG affects the battling experience in Pokémon, such as damage rolls. When a Pokémon uses an attacking move, there is actually a range of damage values on which the move can land. If the move used lands on the lower end of the range, it will deal considerably lower damage than it would deal if it landed on the higher end of the range, and is all dependent on RNG.

RNG in video games: a good or bad thing?

The answer to this question will vary depending on every person you ask it to. If you ask a Minecraft player that is unaffected by the procedural RNG present in Minecraft, they would not think too strongly of it.

If you were to ask a weathered Pokémon pro player who has lost too many matches due to missing their Will-O-Wisp’s on a 15 percent chance, you would get a much more negative and strong reaction.

RNG cannot be claimed as good or bad, however. It is how game developers decide to implement it within a game that makes all the difference.

A universally-criticized way in which developers integrate RNG into games is through microtransactions, which are mostly seen in free-to-play mobile games. Microtransactions turn out to be incredibly unfair to players, where you need to pay, not for guaranteed rewards that justify the price you paid, but for a chance to roll for good rewards.

A common example of this is through the ever-popular gacha games, where getting anything worthwhile is purposely set up to take your money by having you fail due to the minute chances of rolling for what you want, and keep you coming back to spend more until you get what you came for.

This system has slowly made its way into PC games as well, but not as bad as on mobile games. Diablo Immortal is a very good recent example of how RNG-dependent microtransactions are the dark side of implementing a random number generator.

RNG can be implemented in smarter ways, however. Within gameplay, when you are tasked with risk mitigation due to varying levels of RNG present in the options in front of you, this would require skill and intelligence to maneuver around.

Take for example you are facing down a boss with half his health left. You have the mana to use only two skills in your arsenal: Skill A and Skill B.

Skill A will take down the boss in a single hit, meaning they won’t get a turn to attack you and potentially knock you out. Skill A, however, has a 20 percent chance to miss the target entirely. Skill B, on the other hand, will take two hits to knock the boss out, but has perfect accuracy.

The choice you make between risking missing a skill, possibly multiple times, and potentially dying or getting two guaranteed hits in while also risking death requires critical thinking and skill to get you into a favorable outcome. RNG that forces you to play skillfully and intelligently is an example of a good use of RNG in video games.

RNG is everywhere in video games, and there’s no escaping that. It isn’t inherently a bad thing; the element of randomness can keep games fresh each time you decide to pick up your controller. If your favorite game seems too RNG-dependent, you can always pick up a new game or just pray to the RNG gods that everything goes in your favor each time.

Good luck with that, though.