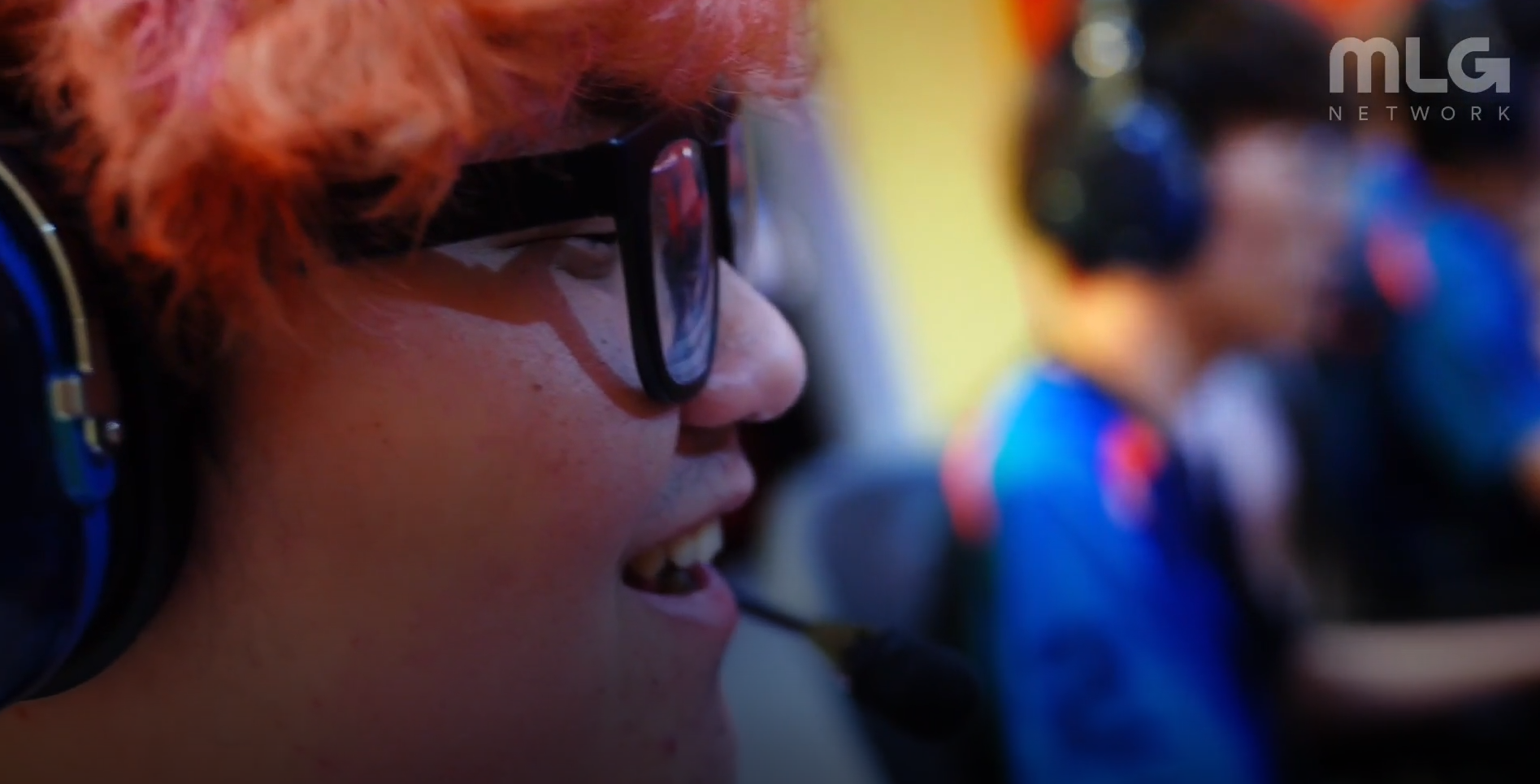 New York Excelsior vs. Houston Outlaws, map three—Ilios. The camera pulls back to a wide shot of the Overwatch League arena, a historic space once occupied by The Tonight Show. Half of the arena is a wall of green, the other crisscrossing lines of blue and black. A face on a massive screen separates Houston and New York. A New York Excelsior hat obscures his cotton candy pink hair.

It’s Kim “Pine” Do-hyeon, Overwatch League’s standout player in the league’s first week. Pine has only played two maps thus far as part of New York’s Overwatch League team. But those two maps, both Ilios, were enough to earn him the title of the human highlight reel, as the Overwatch League casters called him.

Pine made his first appearance at the Overwatch League on Ilios against Boston Uprising. He returned, again on Ilios, against Houston Outlaws. His accuracy on sniper-centric heroes like Widowmaker and McCree is uncanny; it feels like nearly every shot is a headshot. Pine moves quick on both heroes, predicting enemy movement and deciding his attack within seconds. His quick thinking with fast-paced heroes brought attention his way during Overwatch League’s first week, but this isn’t his first rodeo. Where did Pine come from? He started in Team Fortress 2.

Released in 2007, Team Fortress 2 is a first-person shooter with a likeness to Overwatch. There are roles, unique characters, and teams. Pine began making a name for himself in Team Fortress 2 in 2013, gaining widespread popularity in the scene for his YouTube presence and playtime in the Team Fortress 2 UGC League, where he played with a number of other current Overwatch pros.

And when Overwatch entered beta in 2016 and Pine picked up his mouse and keyboard to play, he was immediately noticed in the Korean scene. His skills as a sniper in Team Fortress 2 appeared to have transferred near perfectly to Widowmaker in Overwatch. Pine signed to LuxuryWatch Red and stayed with them for much of his career; the team consistently fell short of LW Blue, despite LW Red’s initial success in the Korean Overwatch scene.

It’s when he switched over to LW Blue that he and the rest of the roster got picked up for the Overwatch League. But before that, the team placed fifth/sixth at Overwatch Apex season three and dropped out of season four—a move that was in preparation for Overwatch League. It’s hard to say exactly what role Pine will fall into in the Overwatch League, despite his early success. New York appears to be using him as a sniper specialist, pulling him on and off the bench when his expertise is needed.

The team will take on both Los Angeles teams this week in Overwatch League. New York faces Valiant on Jan. 18 and Gladiators on Jan. 20. Neither series is scheduled for Ilios, so we’re excited to (hopefully) experience Pine’s excellence on other maps.