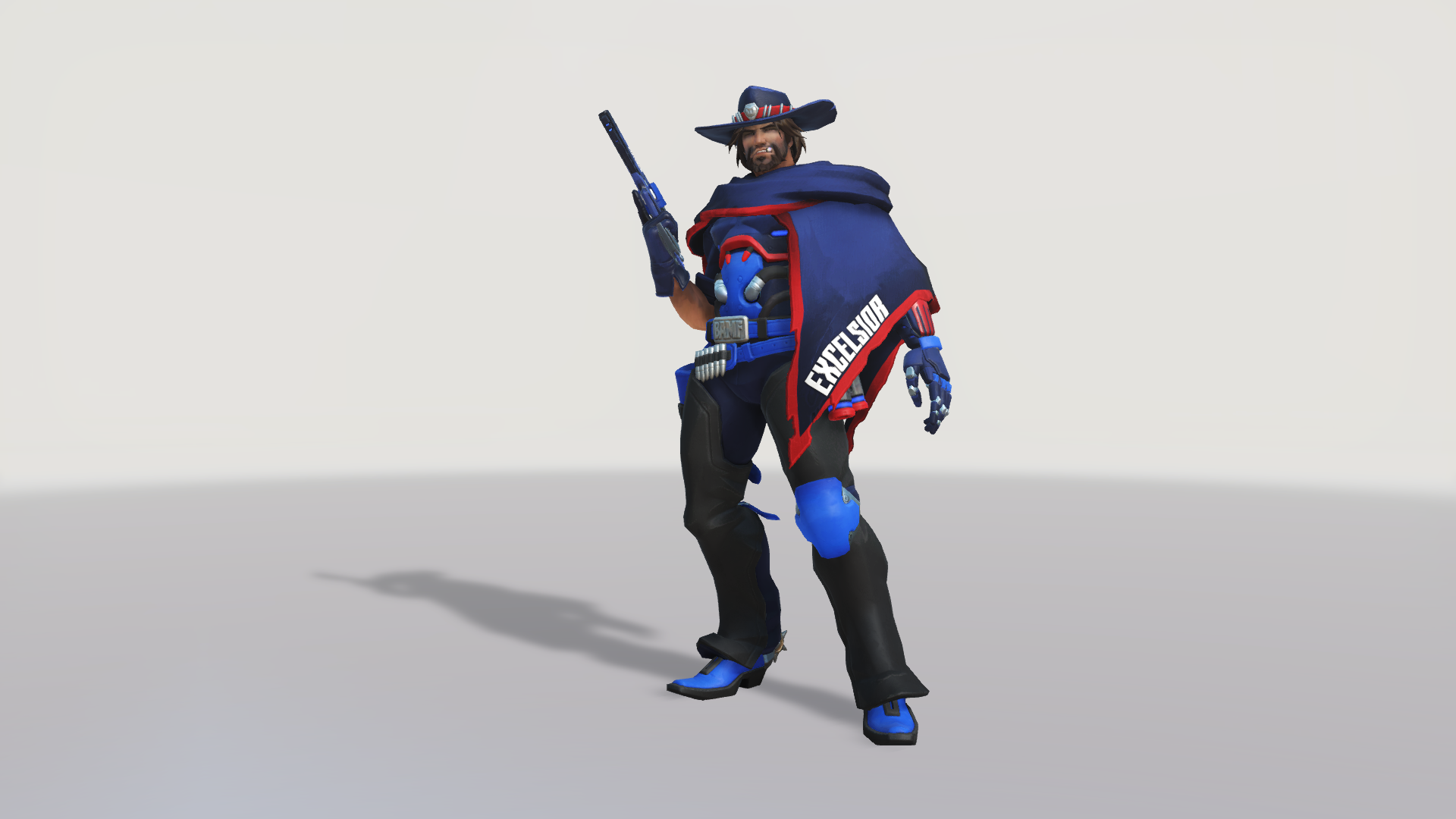 It’s Pine’s first map in the Overwatch League regular season; he swaps in for Kim “Libero” Hye-sung against Boston on Ilios. With one win on Ilios’ well area, Pine is already on fire. Stationed on the lighthouse portion of the map, Pine moves his attention toward Striker after quickly eliminating Boston’s Pharah, Winston, and Lúcio players.

His first shots land, but aren’t enough to keep Striker from jetting away using Tracer’s Blink ability. Pine ducks into a building, where Striker could approach through a different door; but after a second of waiting for her approach, he decides to peek around the corner.

Pine sees Striker use Tracer’s Recall ability; turn the clip’s speed down and you’ll be able to catch it, too. He knows exactly where Striker will land when Recall finishes—right back at the steps where he took his first shots at the Tracer player. Pine immediately throws a Flash Bang to stun Striker as he lands. He’s able to dash away—he’s heading for a health pack inside the nearby building—but Pine is too quick. He lands a headshot to eliminate yet another Boston player.

The sheer force of Pine’s McCree leaves Boston in shambles, demoralizing the team after a map win on Horizon Lunar Colony. The kind of game sense it takes to make the plays that Pine did is only learned through sheer hard work—and it’s clear Pine has been doing just that. He has the ability to foresee his opponent’s movements, predicting where and when they’ll approach; he knows exactly how to position himself to take out Boston’s key players.

But his excellence is not without the backing of the rest of New York’s Overwatch players. Pulling Pine out at exactly this moment is strategic; the team knew that Boston would rely on Jonathan “DreamKazper” Sanchez’s Pharah and Kristian “Kellex” Keller’s Mercy on Ilios, and there are few better ways to shut that down then McCree.

New York’s next match is set for Jan. 13 at 4pm ET against Houston Outlaws—and it’s likely that then we’ll see a lot more Pine, alongside impressive play from the rest of the New York team.