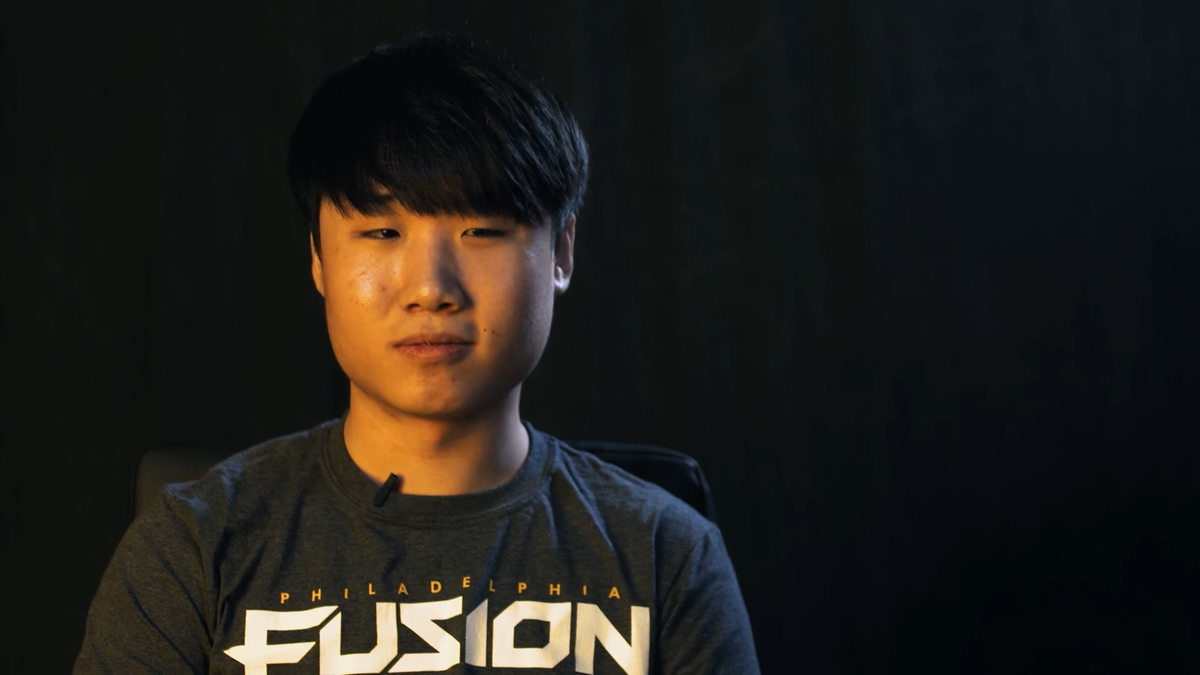 Philadelphia Fusion tank player Kim “Sado” Su-Min was suspended from the Overwatch League before the inaugural season even began. His upcoming debut has been anticipated for months.

The South Korean player was accused of boosting Overwatch accounts for money—a serious offense for Blizzard and the Overwatch community. Boosting is the act of using another player’s Overwatch account to falsify their ranked level. “Boosting is one of those things where you are directly influencing in a negative way the experience of thousands of other Overwatch players,” Overwatch League commissioner Nate Nanzer told Dot Esports in March. Blizzard considered how bad Sado’s boosting was before issuing his punishment. Dallas Fuel tank player Son “OGE” Min-seok was also suspended from the Overwatch League for boosting, but only for four games.

Blizzard hasn’t detailed either infraction, but we can infer that Sado’s boosting was a lot worse than OGE’s in the league’s figurative mind. But the boosting is in the past now—he’s been nailed to the bench for the first three stages of the Overwatch League. Sado’s punishment is over, and he will make his debut in stage four.

“Sado will be playing for us this stage and we are so excited to finally have our full roster available after so long,” Philadelphia Fusion confirmed to Dot Esports. “We are trying to figure out the meta like every other team, but I would expect to see him soon.”

The team hasn’t shied away from the controversy; they joked about Sado giving Philadelphia player Joe “Joemeister” Gramano “a boost” to grab something he couldn’t reach in a cooking video, but took a more serious tone in a Fusion spotlight video on the tank player. The joke wasn’t received well by the South Korean Overwatch community, which has generally taken a harder stance on boosting. It was poor timing on the Philadelphia Fusion’s part; the Overwatch community was already debating the merits of South Korean Overwatch League casters refusing to say OGE’s name during a Korean broadcast.

OGE didn’t really ever apologize to fans about boosting, and that angered the Korean community. “These fans love and care so much for their favorite teams and players,” a Twitter user wrote about the situation. “Maybe the reason why they’re so angry is because boosting is that serious of a problem in their region and it’s frustrating to see that Blizzard doesn’t seem to be treating it with the right level of severity?”

OGE’s introduction to the league was less than warm from the Korean side—and with Sado’s actions being deemed worse, he’ll likely face some controversy in his debut. Sado has been remorseful since the beginning, though. He’s spoken publicly about the financial and emotional instability that led him to boost Overwatch players for money: he’d just dropped out of high school and needed money to support his family.

“But I know all of these reasons can’t justify my boosting activity,” Sado said in a letter to fans. “I harmed other people in the act of earning money. I should have thought about the right way to make money, but I didn’t, and I sincerely regret that.”

It’s a lot to unpack when considering Sado’s welcome back to the Overwatch League: ethics, digital labor, and cultural differences. Boosting is just different in Korea than it is in the United States. (The Korean government has even proposed a law that could make boosting punishable by up to two years in jail.) It’s a major problem and mocking Korean perception of it belittles the community and its concerns.

But it’s also complicated by addressing the circumstances that led Sado to boosting. Despite his high skill, Sado felt Overwatch’s professional system had failed him—there was no chance for him to go pro, but the then 18-year-old high school dropout could still earn money playing the game. People make mistakes in desperate situations. Sado clearly made a mistake—one that he was justly punished for.

Sado mentioned in his apology letter that he did have some opportunities in the tier two Korean scene, none of which were “promising.” Is there a system in which Blizzard and the Overwatch League can support budding professionals, even those in the tier two scene? The Overwatch League promises salaries and health insurance for its professional players—something Sado is very likely grateful to have now—but players on the peripherals of the league remain subject to sketchy organizations and low-paying opportunities.

It’s a conversation that goes beyond just Sado, but one that’s necessary in welcoming back disgraced players to the league. And further, keeping professionals and semi-pro players from reaching those levels of desperation.

Sado’s first chance to play is on May 17 against Boston Uprising. Philly is still figuring out the meta, so his debut isn’t certain. But in a meta that’s should be stuffed with tanks (thanks, Brigitte), it seems likely we’ll see him soon.