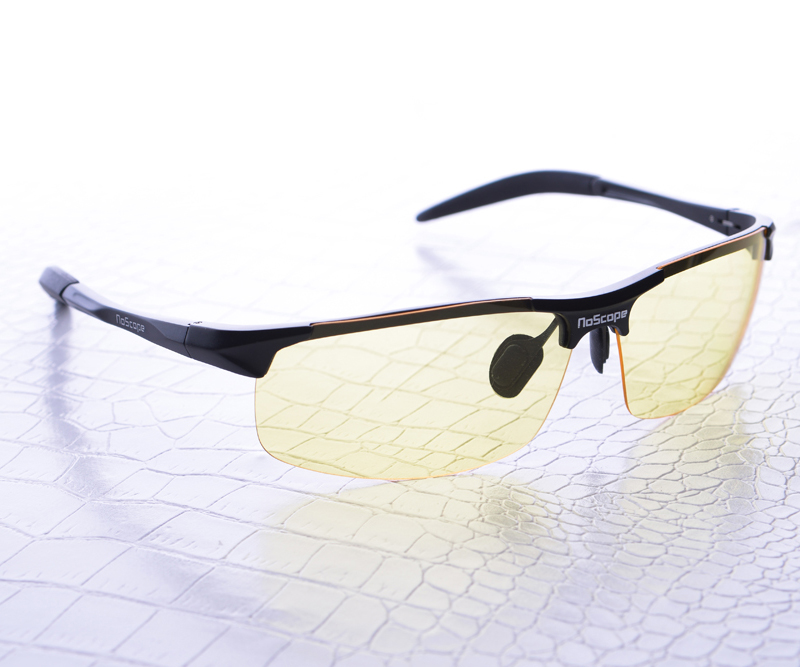 The gaming glasses market hasn’t exactly been a competitive one, but a company called NoScope is trying to change that.

The North Carolina-based company has been offering affordable gaming glasses, which reduce eye strain and fatigue from staring at a monitor or television by filtering out harsh wavelengths of light, for a little over a year now. That’s of particular interest in esports, where players are more likely to spend eight-plus hours a day with eyes suffering a brutal assault of photons and electrons.

But the company hasn’t made big inroads into what it calls a “neglected market.”

Marketing manager Brandon Anderson told GamesBeat the NoScope is seeking to fill a “visible gap” in the market. “We noticed that while there is a high demand for gaming glasses,” he said, “it seemed that very few people actually owned them due to their high cost and low number of available options.”

Since 2007, Gunnar Optiks has offered gaming glasses in a wide range of styles, but the $70 price point often proved prohibitive for cost-conscious gamers interested in the product. While NoScope has never managed to reach the profile of Gunnar, it’s always had one advantage over its older competitor: price point. A pair of NoScope specs will only set you back $25.

Today, NoScope announced two new models, including the Golem line, which features a design that fits over prescription glasses, allowing gamers who require a prescription to play to still receive the benefits of specialized eyewear. That’s a cost effective solution that’s never existed for those gamers in the past. Gunnar offers prescription eyewear, but only in addition to your current set of glasses; prescription Gunnar’s will set you back $200 to $400, like typical prescription glasses.

“We decided to establish ourselves as a company committed to offering functional, affordable and quality items where our competitors are focused on selling a product with an artificially inflated price,” Anderson said.

If NoScope is right, and there really is demand for cheap gaming eyewear, then it should be well situated to grow alongside the esports boom.