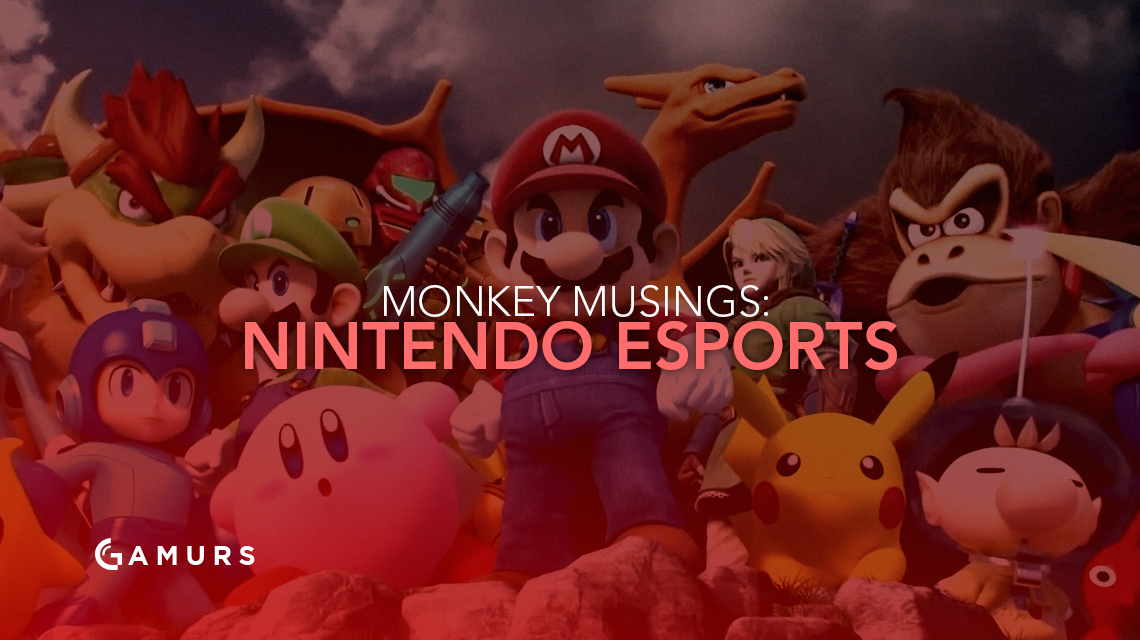 The recent Nintendo Switch trailer highlights a major aspect of a possible direction for Nintendo in the future: esports. They showcased teams formulating plans in a new look Splatoon game for the console around a large scale crowd.

With this reveal, the prospect really does equate to an overall vision of what Nintendo esports could look like, how they would work and why would they, as a company, want to pursue this path. I mean, when we consider Nintendo competitive titles that have huge followings there is… Pokemon, Smash Bros… and that is it.

Sure, Splatoon might be an interesting title to develop a scene around, but Nintendo hasn’t been commonly known as the go-to console for esports. Yes, in recent years, the support of Smash Bros at places like EVO has been highlighted, but there was a time when Nintendo was trying to actively force EVO and other places to take Smash Bros off of their schedule for reasons unknown.

There is no reason that they couldn’t. Nintendo IPs old and new are widely known worldwide, so a scene that is presented and funded with Nintendo’s backing could be very successful.

Whether Nintendo would do that themselves, get a third party to do it for them or not do anything at all remains to be seen. For me, I doubt Nintendo would want anything to with esports as a whole and the trailer for the Switch just highlighted an aspect of what could be. It is always fun to analyse and think up ideas, though, as a “what if” plan.

We have already seen success in the multiple Smash Bros games played at events and with the Pokemon Company excelling with its handheld tournaments with the Pokemon games, the credentials are there for Nintendo to tap into the market, with esports as a whole rising, if they indeed wanted to follow this approach.

What Games Could Work?

As stated before, Splatoon is one of Nintendo’s most likely ventures. We have already had Splatoon events during its launch with companies like Gfinity taking the dive to try and promote some kind of competitive scene, but the game has always needed something more to make it that competitive spectacle if it were to try developing an overall scene.

Mario Kart, although fun, can be quite competitive with the right rulesets. I myself remember Mario Kart Wii being a very fast paced racing game. Once items were turned off, it made it more about controls and mechanics, getting the turns right and speed boosting at the perfect intervals. These games have a lot of surprising mechanics not many are aware of that help to separate the players from the “pros.”

There is always a chance as well that Nintendo could create an entirely new IP, that no one could see coming, made with esports in mind or team up with a developer as they have before, like Bandai Namco (Tekken) or Capcom (Street Fighter) to make their own game series. I mean, who would not want to see a Nintendo vs. Capcom fighting game that heralds in a new era, similar to the Marvel vs. Capcom series of games which are played competitively even to this day.

In short, as I have stated throughout the course of this article, a Nintendo esports focus could work in the long run, although to have any chance of competing with the likes of League of Legends or Overwatch, it needs to not only be able to push a scene that would be brand new, but be willing to handle all of the needs of what a scene brings; to create a game which is mechanically controlling and enjoyable to watch.

Or, Nintendo could just create a brand new Smash Bros game that is updated around a competitive mindset, something Masahiro Sakurai has come out to turn down on multiple occasions, with his vision of making Smash Bros. around the concept of fun, a priority.

What are your thoughts on Nintendo possibly joining the world of esports? Let us know by commenting below or tweeting us @GAMURScom.