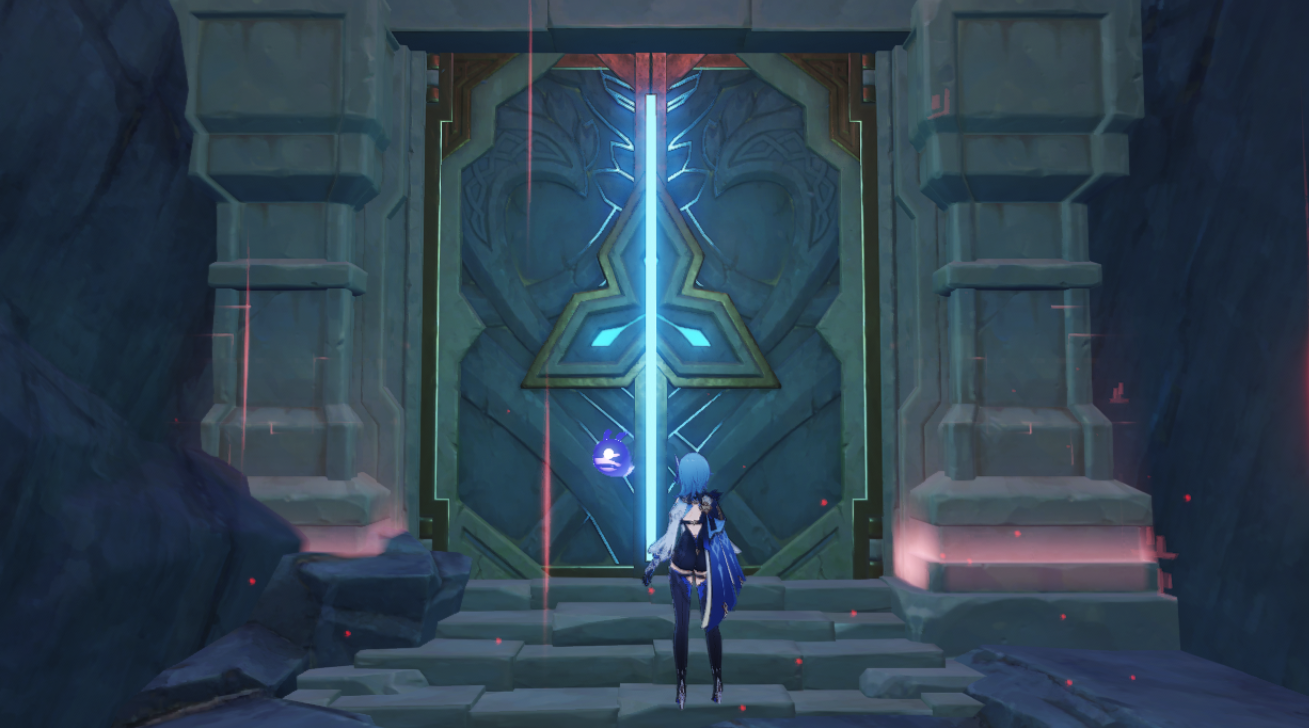 A new Domain was released alongside The Chasm in Genshin Impact’s latest update Version 2.6, on March 30. The Lost Valley Domain brings two new Artifact sets, Echoes of an Offering and Vermillion Hereafter, to the game and is located behind a new kind of puzzle in The Chasm. The puzzle to unlock this Domain is fairly easy but requires a bit of effort and precision. Here is a breakdown of how to complete it.

The first step is to unlock the new Statue of Seven in The Chasm so that you unlock the map of it. Finding where you need to go is difficult without the unlocked map of The Chasm so players seeking to unlock The Lost Valley Domain should start here. Luckily, the Statue of Seven is easily accessible for all players and simply requires a bit of flying and climbing to reach it.

Once you have unlocked the Statue of Seven and are next to it, turn towards the tree below and go all the way up to it before proceeding off the edge.

Once you glide off the edge, immediately make a hard left. To begin the puzzle you need to find the starting area, which has a group of enemies and a treasure chest located on top of a pressure plate. If you’ve already explored this area of the Chasm the enemies and chests may be gone, so look for the pressure plate, the sealed door with a Geo symbol, and the stone tablet instead.

The starting area for the puzzle is tucked away and can be tricky to find, so if you are still having trouble take a look at the exact area marked on the map below.

Now that you have found the right spot, clear out the enemies and open the chest, if you have not done so already. Here is where the puzzle officially begins.

The Traveler is a great choice for this part because all players have them and their meteorite stays for a long time but any of the aforementioned characters work great for this part. Once you have chosen your Geo character, place their Construct down on the pressure plate like below.

This will activate a series of Anemo Rings that players should immediately fly through. This part is all about timing because if you don’t do it fast enough, you will have to start over.

After this, proceed into the now unlocked cave and follow the path to The Lost Valley Domain. After you interact with the Domain door it will become permanently unlocked and available for Genshin players to teleport to at any point from their map.