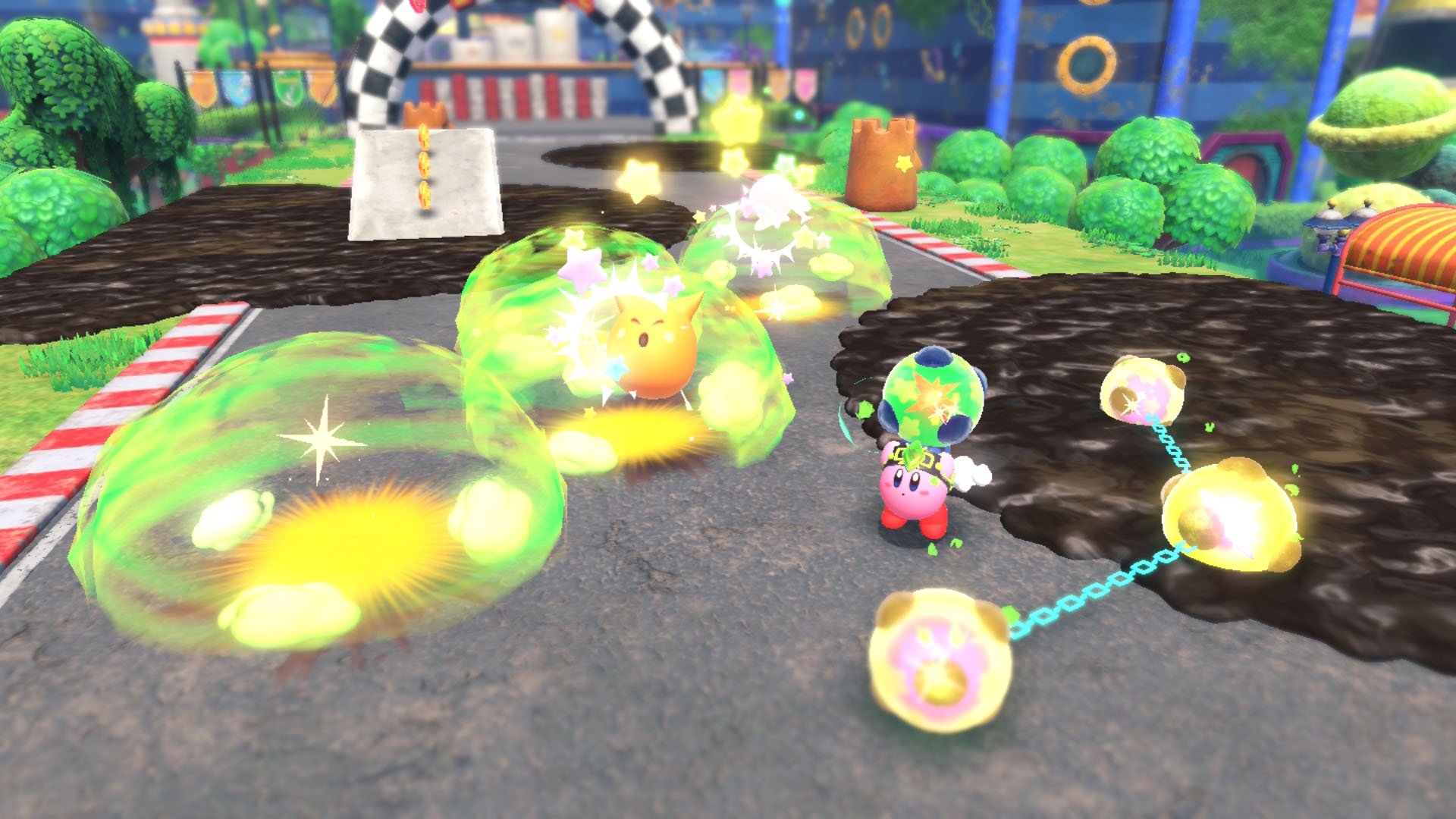 Kirby at its core has always been a platformer that puts a focus on using its titular character’s special abilities, collecting various items, and saving whatever world is currently being threatened by the villain of the game. Kirby and The Forgotten Land takes that core DNA and expands upon it, bringing Kirby into his first fully 3D adventure and using familiar mechanics in ways to play into new ideas.

Star Coins are one way that HAL Laboratory facilitates several changes within Kirby and The Forgotten Land, using the item as a currency in the Waddle Dee Town hub and a way to score players on their runs through levels.

In actuality, Star Coins replace Point Stars and serve a similar yet more varied purpose in the game. They can be found across all levels, whether that be in the open, through interacting with items, or by defeating enemies. You can also use compatible amiibo or Present Codes to get some bonus Star Coins.

Star Coins are useful in several ways, namely that you can use them in Waddle Dee Town to upgrade your abilities, collect more figures, or purchase items such as food to recover your health or temporary boosts to specific stats. That means you will need a lot of them to power Kirby up enough to challenge the Beast Pack and save all of your friends.

Here are some easy ways you can grind Star Coins while playing the game.

How to farm Star Coins in Kirby and The Forgotten Land

The most reliable way to grind Star Coins is simply replaying levels after you complete them, especially ones that you know have sizable rewards or a lot of enemies that you can clear quickly.

Star Coins respawn when you exit a level, so by restarting a stage you can run through the same path, defeat the same enemies, and rack up the rewards quickly. This is especially true in later levels that have bosses.

One stage to point out is in World Four, Winter Horns. In The Battle of Blizzard Bridge, players will encounter a challenge to face four mini-bosses back to back. Completing this level can earn you hundreds of coins.

You can also just repeat one of the earliest stages, Downtown Grassland, and earn some easy Star Coins.

Alternatively, you can complete minigames like working at the Waddle Dee Cafe or complete runs through Meta Knight’s colosseum once they are unlocked through story progression and saving Waddle Dees during gameplay.