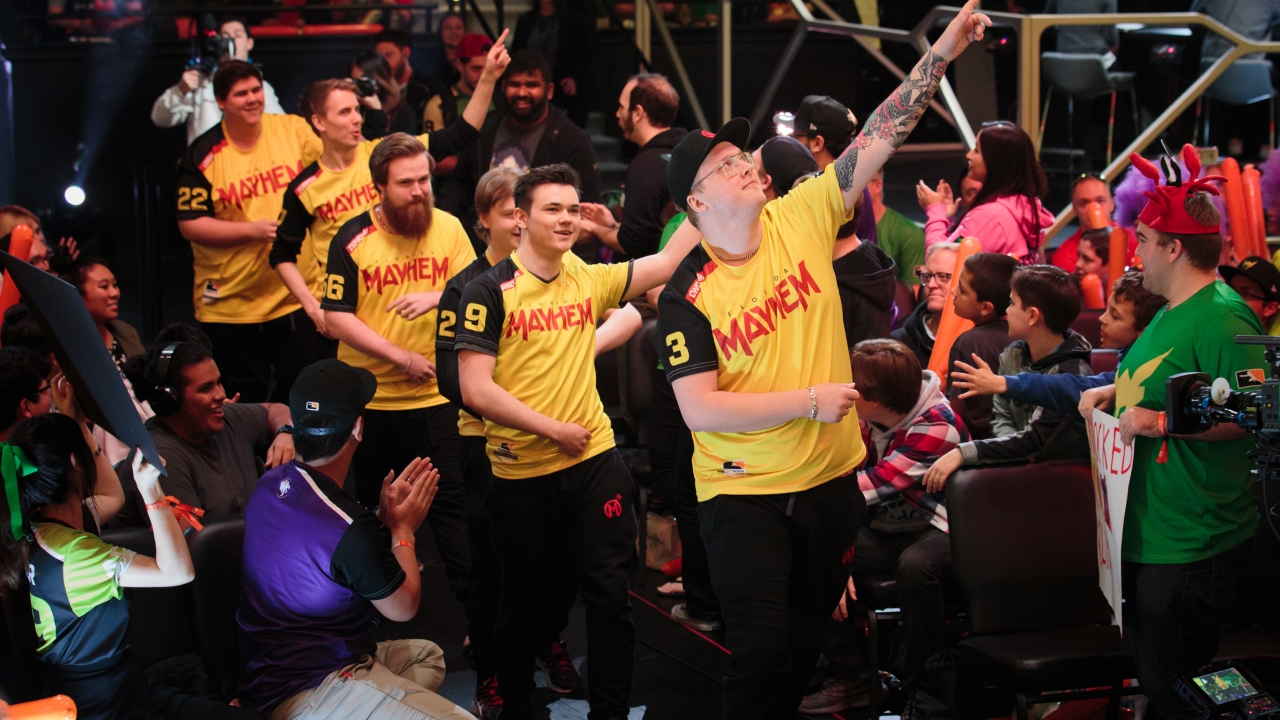 Stage two is well underway for the Overwatch League, and the first stage was brutal for Florida Mayhem. The team closed the first five weeks with nine losses, facing shutouts against Boston Uprising, Seoul Dynasty, and Houston Outlaws.

If you only watched the first round on Hanamura, you’d be forgiven for thinking Florida would be steamrolled by New York. Excelsior executed a successful dive at the start, capturing point A and promptly securing point B after pushing Florida back to spawn.

But then something happened on the next round. When it was Florida’s turn to attack, the team punished Excelsior after a flank in New York’s anti-dive setup let Mayhem split its opponents in half. Saebyeolbe’s Soldier: 76 and Pine’s Junkrat quickly died, staggering New York’s spawns and giving Mayhem an opening to secure the point.

Florida then pushed onward, knocking out Mano’s Ana and Saebyeolbe’s Tracer, giving the team an opening to hold the final point. An intense fight on New York’s part to maintain control soon followed—with JJoNak even switching to Mei just to prevent Florida from picking off New York players as they walked out of spawn—but Florida secured the point, tied the map, and captured point B 15 seconds faster than New York.

By the time Hanamura finished the first game ended 5-4, with New York just pulling out a victory. Excelsior would go on to win the entire match, scoring a 3-1 victory. But Florida put up a fight on each map, leading the two teams into back-and-forth matches with no clear winner until the bitter end.

During Lijiang Tower, the two teams swapped three heavily contested rounds, ending in a Florida win after an intense overtime team fight on the final cap. King’s Row’s second round brought a strong, tank-based offensive by Florida that plowed through New York’s hold on the first point, nearly bringing the two teams into a payload face-off just like on Hanamura. And even on Florida’s weakest map, Watchpoint: Gibraltar, Mayhem put up a commendable resistance that was only thwarted by New York Excelsior’s hold on the map’s high ground in its enormous hangar.

While Florida took another loss Thursday night, the team’s stage two debut wasn’t a total defeat. Its players demonstrated something that every viewer should keep in mind: A good team isn’t necessarily defined by its early wins and losses, but whether its players understand how to learn from its mistakes. Florida knows how to win team fights against a high-ranking opponent like New York Excelsior. And the team demonstrated consistently throughout the night that its players could adapt to each map in order to put up a fight against one of the league’s best teams. That’s a promising sign.

As for why Florida can’t quite win, well, that problem goes beyond the team’s game against New York. Commentators Mitch “Uber” Leslie and Matthew “Mr. X” Morello speculated this may have to do with communication issues in the team, which explain why Florida’s players quickly became separated from one another and picked off during team fights on Watchpoint: Gibraltar.

But that doesn’t mean Florida will be in 11th forever. There’s still over a dozen weeks of games to get through before the playoffs arrive. And as Soe “Soembie” Gschwind-Penski pointed out, stage two is still figuring out its meta. This time around, maybe Florida can turn its win-loss rate around before the team faces off against New York again.