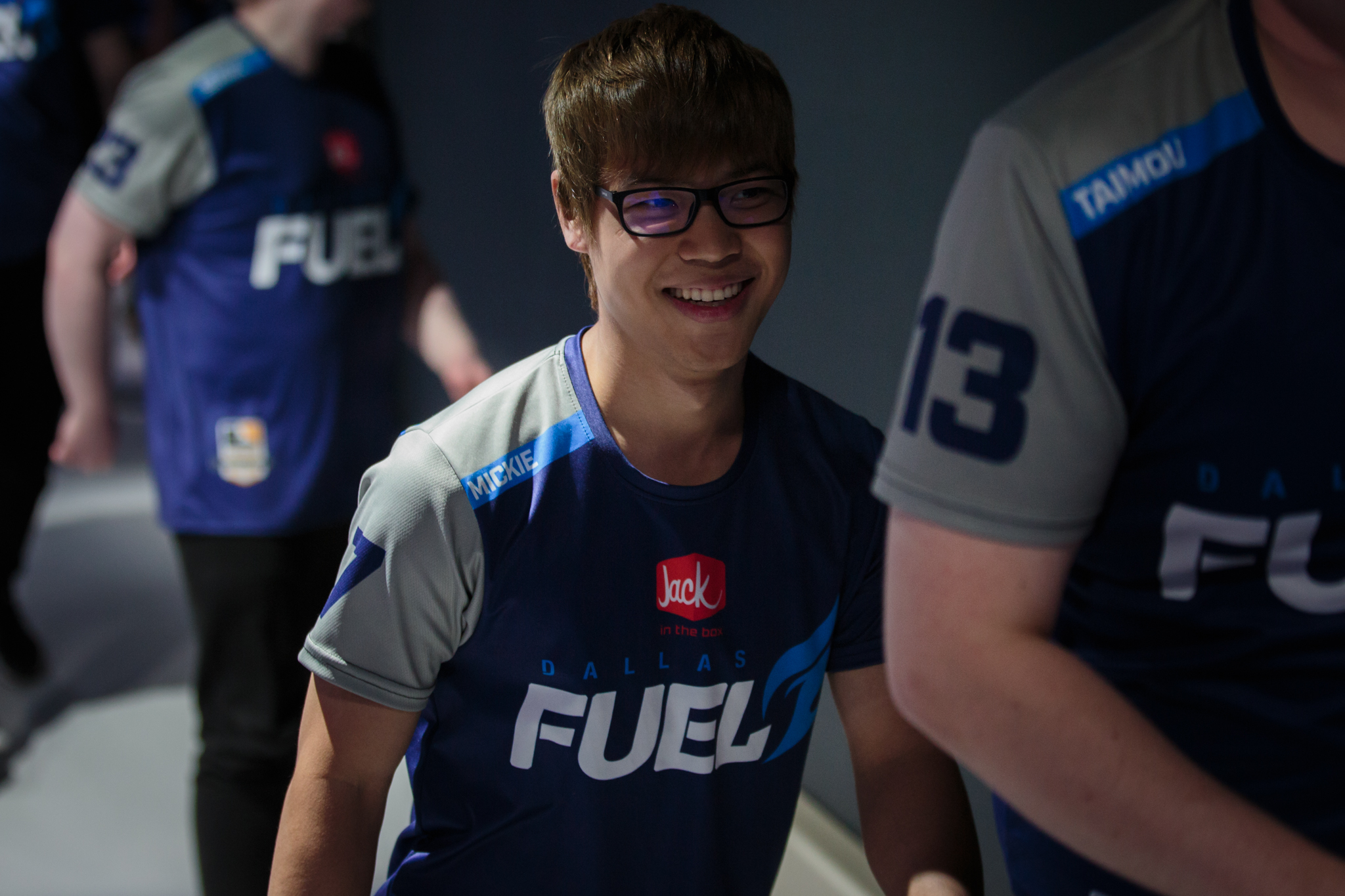 The Dallas Fuel and Shanghai Dragons, two teams that floated around the bottom of the Overwatch League in stage one, began stage two facing off against one another.

But before the new stage kicked off, Shanghai had a busy signing period. The team added four players to their roster, including Se-yeon “Geguri” Kim, who is the first female player to sign with an OWL team. Unfortunately, Geguri and the other three signees didn’t make it to the U.S. in time for the beginning of the second stage due to visa issues.

Dallas’ main signing, Dylan “aKm” Bignet, did compete in his new team’s stage-opening match—and his impact was immediately felt. In the first game, Volskaya Industries Assault, aKm’s play on Soldier: 76 was impeccable. The Frenchman brought constant pressure that enabled the Fuel to run straight through their Chinese counterparts, taking the game and series lead in just minutes.

Next up was Nepal Control, which ended up being a much more evenly-matched game. Unlike the first map where Shanghai were pushed around wherever and whenever the Fuel wanted, the Dragons fought back on Nepal. But in the end, Dallas climbed back and earned a 2-0 map win after Shanghai took early leads in both points.

Shanghai finally captured their first map victory in the third game, Hollywood Hybrid. The Chinese squad made solid holds on the defensive side, but couldn’t stop the Fuel from pushing the payload its full length. On offense, Shanghai responded and tied the game up with a three-point push. In extra time, it was all Dragons, as Weida “Diya” Lu’s Zarya led the way for Shanghai’s solid hold.

Former London Spitfire DPS Dong-jun “Rascal” Kim, who was acquired by Dallas following stage one, subbed in for aKm ahead of an important game four. And just like aKm, he was a major influence in his first game.

On Route 66 Escort, Shanghai exhibited more great defense. Despite this, the Fuel slowly advanced the payload through the map. But their slow approach led to a vital teamfight just meters away from the second checkpoint in overtime. Fortunately for Dallas, Rascal was there to slash through four Dragons with Genji’s Dragonblade to secure the checkpoint. The Fuel finished their attack side with a final checkpoint before denying Shanghai of a second map victory with stifling defense.

With the series victory, Dallas improve to 1-0 in stage two and 4-7 in the total season standings. Shanghai remain winless at the bottom of the total season table at 0-11, although they aren’t last in the stage two standings due to Los Angeles Valiant’s 4-0 loss against Seoul Dynasty earlier today.

The Fuel’s next encounter will be against the middling Los Angeles Gladiators on Friday, Feb. 23, while Shanghai take on the Valiant on Saturday, Feb. 24.