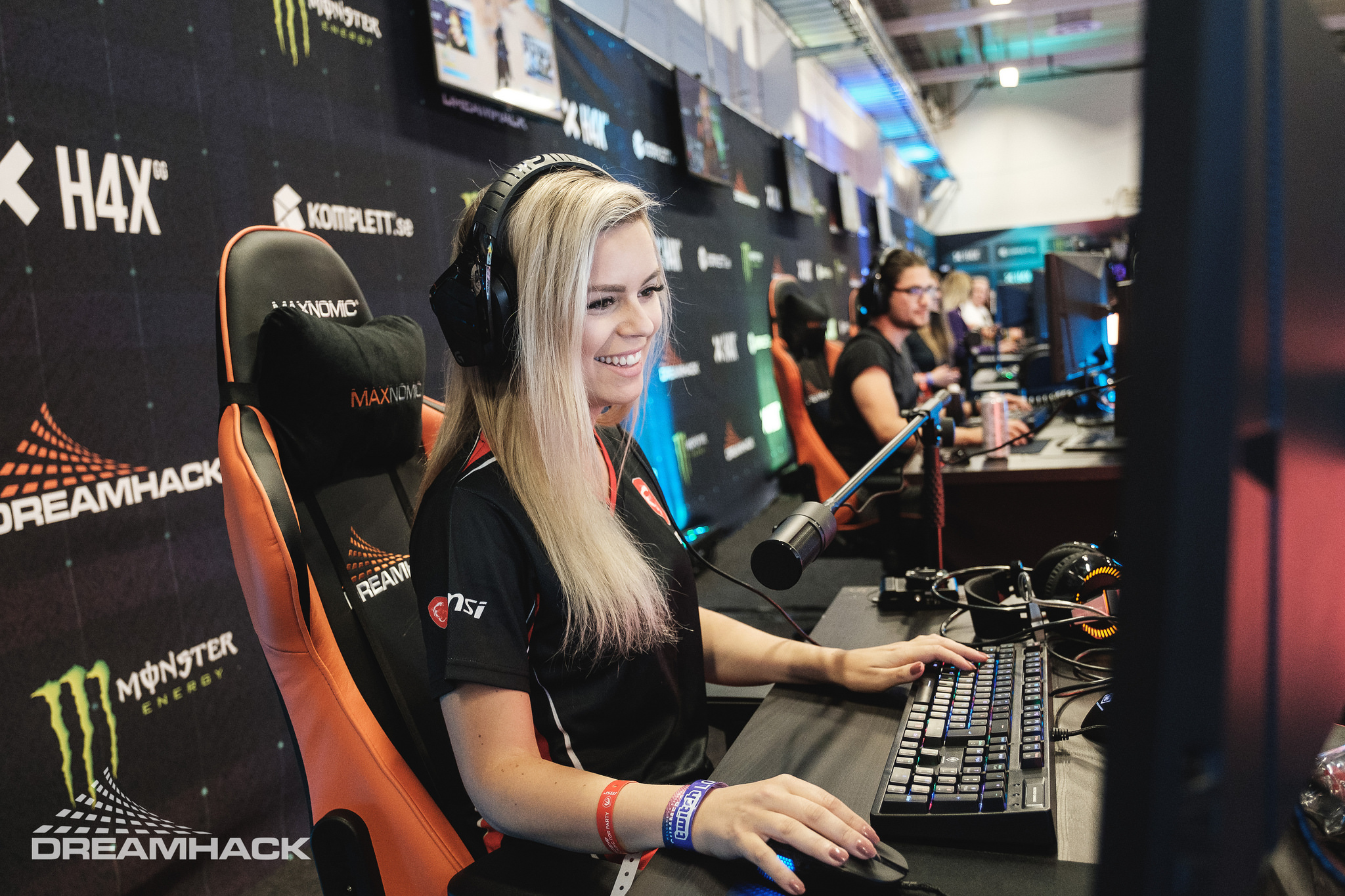 For professional video game players, both competitive play in esports and livestreaming offer potentially ludicrous earnings. Balancing the two at the same time, however, is a different story.

On April 18, 2018, Shroud officially retired from competitive CS:GO. After competing for four years alongside some of North America’s best players on Cloud9, Shroud decided to turn his full attention toward his streaming career. The 24-year-old was already one of the most popular FPS gamers on Twitch at the time, but due to attending so many international events with C9, streaming took a backseat in favor of his competitive career—even though it didn’t offer him the same benefits as streaming.

For Sneaky, a former League of Legends pro for Cloud9, streaming also won out over continuing professional play. In January 2020, Sneaky left the pro League scene to pursue streaming full-time, marking the end of an eight-year career in pro play.

So exactly how much does a streamer earn? And do streamers or esports pros come out on top in terms of earnings?

In many cases, professional gamers stream to their fans on platforms like YouTube and Twitch, although it doesn’t take precedence over their competitive career. Esports is certainly becoming more lucrative. But in contrast to even the most successful pro gamers, popular streamers are dominating in the earnings department.

While esports is just on the precipice of becoming a billion-dollar industry, streaming sites like Twitch are among the most valuable new tech companies around. The $970 million Amazon paid to acquire Twitch in 2014 was more than the entire valuation of the esports industry until recently when esports topped $1 billion in 2019.

Given the explosive growth of streaming platforms, streamers received something of a headstart on pro gamers in terms of generating stable income. Despite Twitch being intrinsically connected to the rise of esports, streamers not involved in competitive gaming started out earning more than their competitive counterparts. This was partly due to streamers having diverse sources of income, ranging from individual sponsorships to subscribers. Donations from viewers also helped spur on the earnings of streamers.

But income sources for professional esports competitors have diversified recently as well. With the switch to franchising in 2018 for the North American League Championship Series (LCS) and League European Championship (LEC), brand deals, sponsorships, and merchandise sales provide a significant source of income on top of salaries and prize earnings.

Professional gamers have also been able to create extremely successful streaming careers for themselves. Balancing the two roles simultaneously has proven to be exceedingly tricky, though, since the time players need to dedicate to competition can see them neglect streaming for a prolonged period of time. Viewers value streamers who provide consistent content and only bonafide esports superstars are able to retain high viewer numbers despite lacking consistent output.

The growth of esports and an influx of non-endemic investment has contributed to providing competitors with better salaries and benefits like team houses and health insurance. With minimum salaries being implemented in leagues such as the LCS and Overwatch League, and more events than ever scheduled to take place, players now have more opportunities to make considerable amounts of cash from both tournament winnings and individual sponsor deals.

But which of these two groups is winning out in earnings today?

Content creators on both Twitch and YouTube have become increasingly popular in the past decade. With the continued growth of the video game industry, more people than ever are looking for gaming-related content. Over five billion hours have been watched on Twitch since Q2 2018, as of Q2 2020, according to Streamlabs. Additionally, the most popular personalities have been able to rake in substantial amounts of money in this period. Streamlabs processed more than $141 million worth of donations on Twitch in 2018 alone.

Streamers on Twitch often receive the majority of their income from brand sponsorships, subscribers, and fan donations, which makes it hard to pinpoint specific figures. A basic subscription to a streamer on Twitch costs $4.99 monthly and provides viewers with benefits such as unlocking unique emotes, receiving personal updates from the streamer, and other perks. The streamer usually receives 50 percent of all subscription payments, but popular streamers tend to receive more depending on the favorability of their partnership agreement.

To garner subscribers in the first place, however, streamers need to be affiliated with Twitch. This is to ensure that they live up to a basic set of standards that the platform enforces.

Ninja became the first streamer on the platform to surpass 200,000 subscribers on Twitch in March 2018, before his time at Mixer. At the time, Blevins claims to have made roughly $500,000 a month. Add donations and personal sponsorships on top of that and suddenly that figure becomes a lot higher.

Streamers on YouTube are also able to run advertisements and receive donations during their stream but are paid depending on how many people watch the content they curate on their channel as well. Facebook Gaming also provides its viewers with the option of subscribing to streamers they enjoy.

Four years ago, Imaqtpie, one of the biggest League streamers, told Dot Esports that he made an excess of $2 million per year. The majority of his revenue was generated through subscriptions, donations, and individual sponsorships. With the rampant growth of Twitch, especially in the last quarter where the average viewership nearly doubled, that figure is almost guaranteed to be much higher now.

Outside of the top streamers for each respective game, streamers are obviously not making as much as Ninja or Imaqtpie—but even less popular streamers can make a decent living off the profession. The key, however, seems to be having multiple revenue streams aside from just a livestream.

Players in franchised esports leagues are closing in

Nowadays, the $30,000 salary Imaqtpie told Dot Esports that he earned as a professional player in 2014 is on the lower side of the LCS payscale. Instead, following massive investment from non-endemic sponsors and investors, the average salary in franchised esports has exploded for top competitors.

The average starting LCS player salary in 2020 is $410,000, according to Hal Biagas, executive director of the North America LCS Players Association. Prior to the league becoming franchised and investments from major non-endemic brands, the average player salary was reportedly $105,000 for North American players and $80,000 for Europeans.

Similarly, Blizzard’s Overwatch League implemented a baseline salary of at least $50,000 and provides healthcare for its players. Some players in the league do make more than this on average, however, depending on their contract.

These are recent developments for competitive gamers, though. Historically, competitors have had little in the way of leverage in negotiating salaries and have often been shortchanged. This was primarily rooted in a lack of overall oversight of Western esports since both tournaments and teams could simply disappear overnight.

A prime example would be that of Counter-Strike legend Emil “HeatoN” Cristen, who, despite ending his esports career in 2008, is still a household name to fans of CS. In his 2017 autobiography HeatoN – Med Livet på Spel (HeatoN – Gambling With Your Life), the now 34-year-old star recounts multiple instances of having his likeness used without his permission by organizations and having his winnings either withheld or stolen outright. Contracts, he described, didn’t seem to be worth more than the paper they were written on.

There are now multiple law firms that specialize in providing legal representation to competitive gamers to ensure that they’re compensated for their labor. Additionally, in CS:GO and League, player unions have been established to guarantee fair compensation for esports professionals.

Are esports as healthy outside of the Overwatch League and the LCS? To some extent, they are. While the leagues are both franchised and held on LAN before the COVID-19 pandemic, other esports such as CS:GO, Dota 2, and StarCraft 2 are centered primarily around third-party events. As such, prize money factors into how much players earn in these games and players are therefore expected to compete in multiple tournaments and leagues. Outside of salaries, players can easily earn upward of $200,000 in a single year of competition from prize money alone.

This is an area in esports that’s grown considerably. The amount of prize money awarded reached $232 million in 2019—a tremendous rise from the $22 million that was given out in 2013.

Nowadays, The International offers a sum of money to all teams that make it to the playoffs. And with multiple $1 million events being a part of the Dota 2 Professional Circuit, even smaller teams have the chance to make a decent amount of money from competing.

The most successful competitive gamers and streamers are now in a powerful position when it comes to both income and reputation. They’re at the precipice of what is soon to be a billion-dollar industry and have proven that either field can foster a sustainable career.

Someone like Ninja, however, clearly puts things into perspective. Earning a total of $500,000 a month off of subscribers alone would equal roughly $6 million per year. Additionally, Ninja took an exclusivity deal with streaming platform Mixer in 2019, reportedly for $20 to $30 million. League superstar Faker, on the other hand, has turned down a $10 million salary offer from an LPL team, as well as a North American team offering what he said was a blank check.

With an ever-growing audience, streamers enjoy more success in terms of earnings than even the most famous competitive gamers overall. But with such a large audience, competition is fierce and attention is scarce. Not everyone can make it like Ninja has.

Either option is still far away from being a guaranteed money-maker. But for the top streamers, the payday can be far more lucrative than their competitive counterparts.