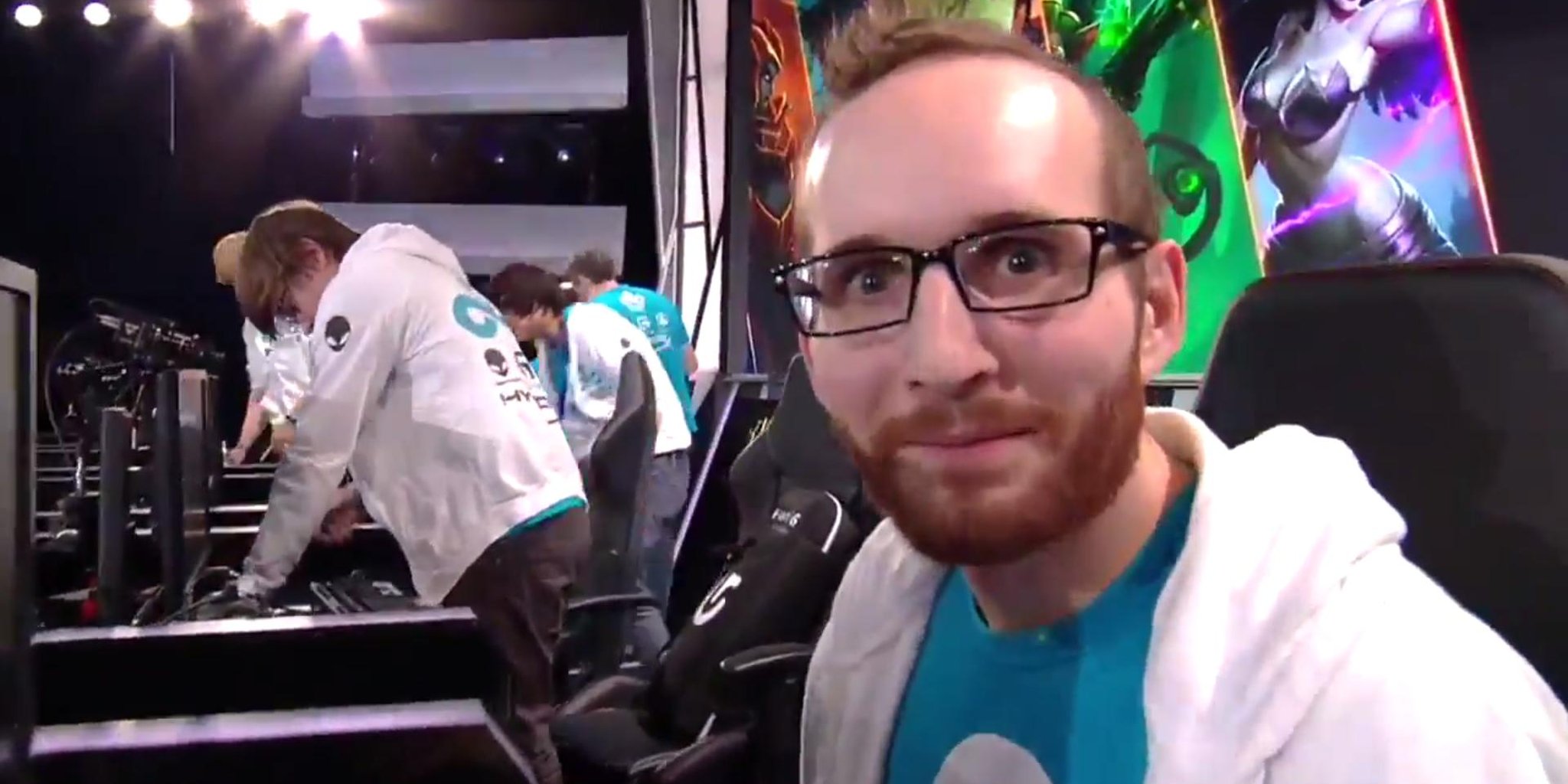 The second day of the League of Legends 2014 All-Stars event was a stunning show of skill by some of the best players and teams in the world.

Korea’s SKT T1 K sit with a perfect record heading into the semi-finals, but the big story is the resurgence of North American team, Cloud 9, who are 3-1 despite playing with a substitute mid laner. Their perfect record on Day 2 against China and Southeast Asia are quickly putting to rest any rumors of weakness the team has at live international events—along with shaking off their dismal one-and-done performance at last year’s World Championships event.

A quick recap for those of you just tuning in: All-Stars Paris is split into two parts. The main event is a five-team brawl with the best teams from each region, where the winner takes home $50,000. But for those who want a little more flair in their esports, there’s also the All-Stars Challenge, where twelve top players from each region (as voted by the fans) have been split into two different teams to compete for glory, honor, and most importantly, the adoration of the loyal fans who got them there.

Each day starts with a fun Challenge match between the two teams, Fire and Ice. The mode for yesterday was Hexakill, in which each team has one additional player. Analysts were quick to point out that while each team would have access to a whole extra person on the field, complete with spells, cooldowns, and items, it also meant another mouth to feed. Gold scarcity quickly became a hotly-debated issue—one which both teams aimed at addressing by assigning their sixth member to become a second jungler, a position where any normal match would only see one person filling.

By putting two members in the jungle—the neutral area between lanes where powerful monsters wait to be killed for more gold and experience—Fire and Ice were attempting to maximize their gold flow. But since junglers also traditionally play the role of setting up kills in the early game and staging daring invades of enemy territory, it also meant that this was one of the most volatile games of the year.

It soon became clear who the player to watch was. Hong “MadLife” Min-gi of Team Ice was putting on a seminar with his favorite champion, the hook-slinging Thresh. Thresh is best known for being able to latch onto enemy champions and drag them closer—Madlife, accordingly, is sometimes known simply as the “God of Grab.”

Initially, it appeared that Team Fire’s Park “Shy” Sang-myeon would be able to carry the team to victory, but Hong’s deadly hooks kept interrupting their plans. Ice pulled out to a sizeable lead after an excellent fight in the middle of the map, and quickly turned it into a victory, evening the score against Fire.

As the excitement died down, the real teams took the stage. Leading off would be the two undefeated teams, SKT T1 K and China’s OMG. The pair already had a history, as they were in the same group during the group stage of the World Championships last October. Back then, they ended with even records against each other.

The match yesterday, however, was anything but even.

OMG jumped out to an early kill lead, but SKT appeared unfazed by the constant aggression by the Chinese team. It soon became clear who the biggest problem for OMG was going to be—Lee “Faker” Sang-hyeok. Lee is one of the most celebrated players of League of Legends, once being called the “Michael Jordan” of the scene by Dustin Beck, the vice president of esports at Riot Games.

Lee was quick to close out the game, sweeping through the Chinese team, and ended with 5.0 KDA for his efforts. Mitch “Krepo” Voorspoels praised his ability to avoid taking damage in the post-game analysis: “He just dodges everything.”

Eyes then turned to Cloud 9, who would be attempting to salvage their 1-1 record against the 0-2 Taipei Assassins.

Cloud 9 were the favorites going in, but by the 20 minute mark, they were still neck and neck against their opponents. Especially worrying was the Assassins’ marksman, Cheng “bebe” Bo-Wei, who was showing some off with some remarkable long range Super Mega Death Rockets, courtesy of his champion Jinx.

But the North American team would take more than some flashy plays to topple. Spearheaded by their world-class jungler, William “Meteos” Hartman, Cloud 9 began rampaging across the map as their gold lead began skyrocketing. Hartman, who ended up with seven kills and zero deaths, dished out a ton of damage and led his team to victory.

The fourth game was between SKT, now looking to go undefeated through the group stage, and Fnatic, the only team left to stop them from doing it. To add insult to injury, SKT decided to use the exact same lineup that they had used to win the World Championships last year, complete with the skins that they were awarded for the victory.

The attempt to shock Fnatic, however, seemed to backfire, as Fnatic opened with several aggressive attempts to get first blood, at which they succeeded. In fact, as the mid game approached, Fnatic held a slight lead. But then, a huge fight broke out in the bottom lane, and SKT regained their lead with a swift pair of kills.

With their chances to win the game quickly disappearing, Fnatic turned to one last chance at the Baron to help push them across the finish line. The decision turned into an utter disaster, however, when SKT caught wind of the attempt and closed in on the team with murderous intent. Fnatic collapsed beneath the onslaught, and SKT pushed for their fourth and final win, securing the top seed into the semifinals.

Next up was an epic matchup between Cloud 9 and OMG, both now 2-1 and looking to secure the second-place seed to avoid another matchup with SKT. With so much on the line, both teams brought out their big guns. Cloud 9 marksman, Zachary “Sneaky” Scuderi, grabbed at a shot to use the deadly Twitch as his champion, while OMG relied on a solid Lee Sin pick for their jungler, Ouyang “pomelo” Wei-Qi.

The game started out slowly again, and Cloud 9 again appeared to be struggling with their early game. But as the game dragged on, yet another opening for them to go all-in appeared, and they took their shot just as OMG was contesting the dragon.

Hartman again proved to be a crucial tool for the team, disrupting OMG’s plan of attack and securing kills for Cloud 9. With one solid fight under their belt, Hartman and Scuderi went into beast mode and ended the game soon thereafter.

The final match of the day was between Fnatic and the Taipei Assassins, and with both staring down the barrel of 0-3 records, neither team wanted to face a fourth and removal from the playoffs before they had even begun.

The stage set, both teams took to the field to earn a win and a spot in the semi-finals. The Assassins, true to name, eeked out a slight lead in the beginning, netting a kill on Fnatic’s jungler, Lauri “Cyanide” Happonen.

But Fnatic wouldn’t sit idly by and let the chance pass them by, especially not mid laner Enrique “xPeke” Cedeño Martínez. His champion, LeBlanc, is one of the more frustrating champions to play against, darting in and out of battle, all the while dishing out enormous bursts of damage.

With Martínez playing cat and mouse with the Assassins, Fnatic’s star midlaner, Martin “Rekkles” Larsson, began powering up, and began taking aim at the late game where he would truly shine. But the Assassins wouldn’t give up that easily, and jungler Chen “Winds” Peng-Nien continually harassed Fnatic all across the field.

An uncharacteristic mistake by Martínez left him dead and the Assassins began surging for a win. But Fnatic resolutely held out until he could get back in the fight, and with one final push, took down the Baron for themselves and then swung into the Assassins’ base to end the game.

Fnatic took a well-earned victory and now head into the playoffs confident of one thing—the next two days won’t go any easier. Their semi-final match will be against the undefeated SKT, while North American Cloud 9 face off against China’s OMG in an epic rematch of yesterday’s brutal duel between the two. The stage is set, and the excitement is only just beginning, as the All-Stars heads into its third day.