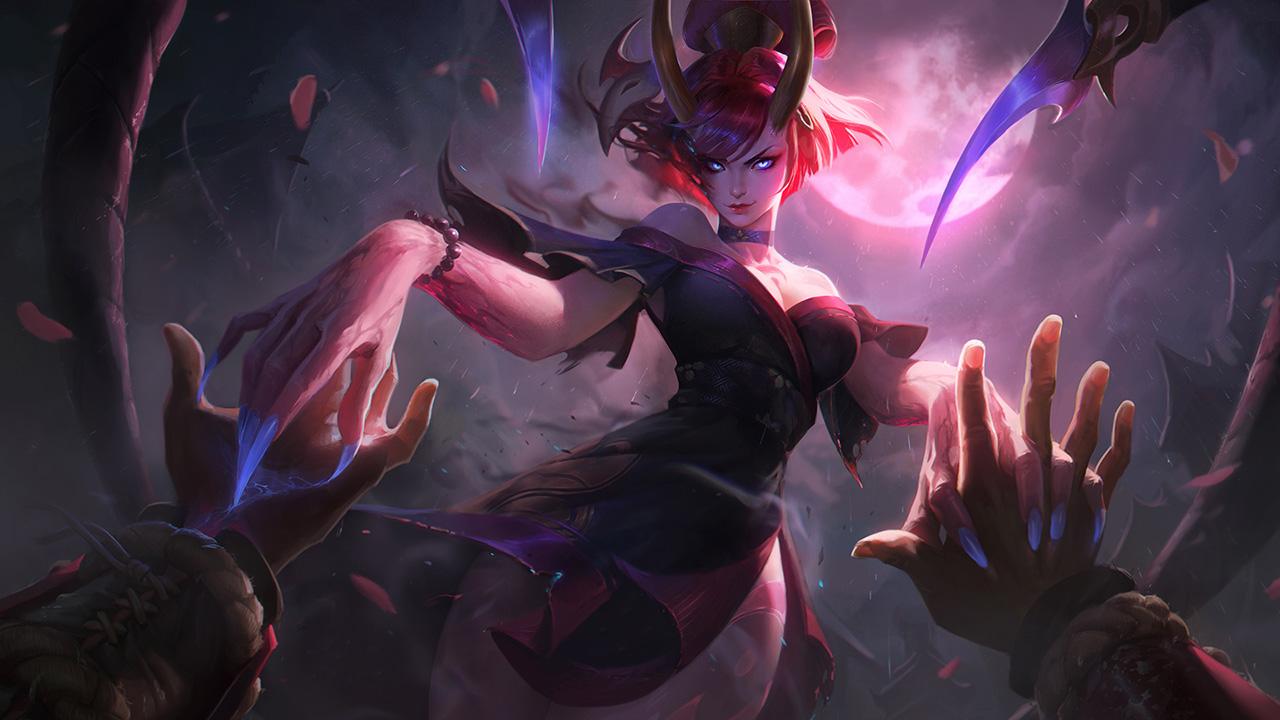 Of all of League’s spine-tingling assassins, Evelynn may be the most deadly. More seductive than Ahri, more burst than Zed, and more invisibility than anyone, she is the epitome of a femme fatale. And now she finally gets her own Blood Moon skin.

Blood Moon Eve was released today and costs just 975 RP—and it’s an absolute gem of a skin. The splash art, which shows the point-of-view of her next victim, isn’t as risque as some of her other posters.

But the animations are sexy as hell. Eve turns the blood moon into her personal plaything during her recall animation, and her existing color scheme is a perfect fit for the Blood Moon palette.

Despite being one of the baddest assassins around, Evelynn only had four skins prior to the release of this one, making it a welcome addition. Of course, her other skins were updated just last year, so all of her visuals are amazing, which makes up for some of the lack of diversity. But still, this is still just her first skin since 2014.

Judging by the looks, we’re hoping there’s more in store for this champion. Blood Moon Evelynn is the skin we’ve always needed but until now, have never deserved.