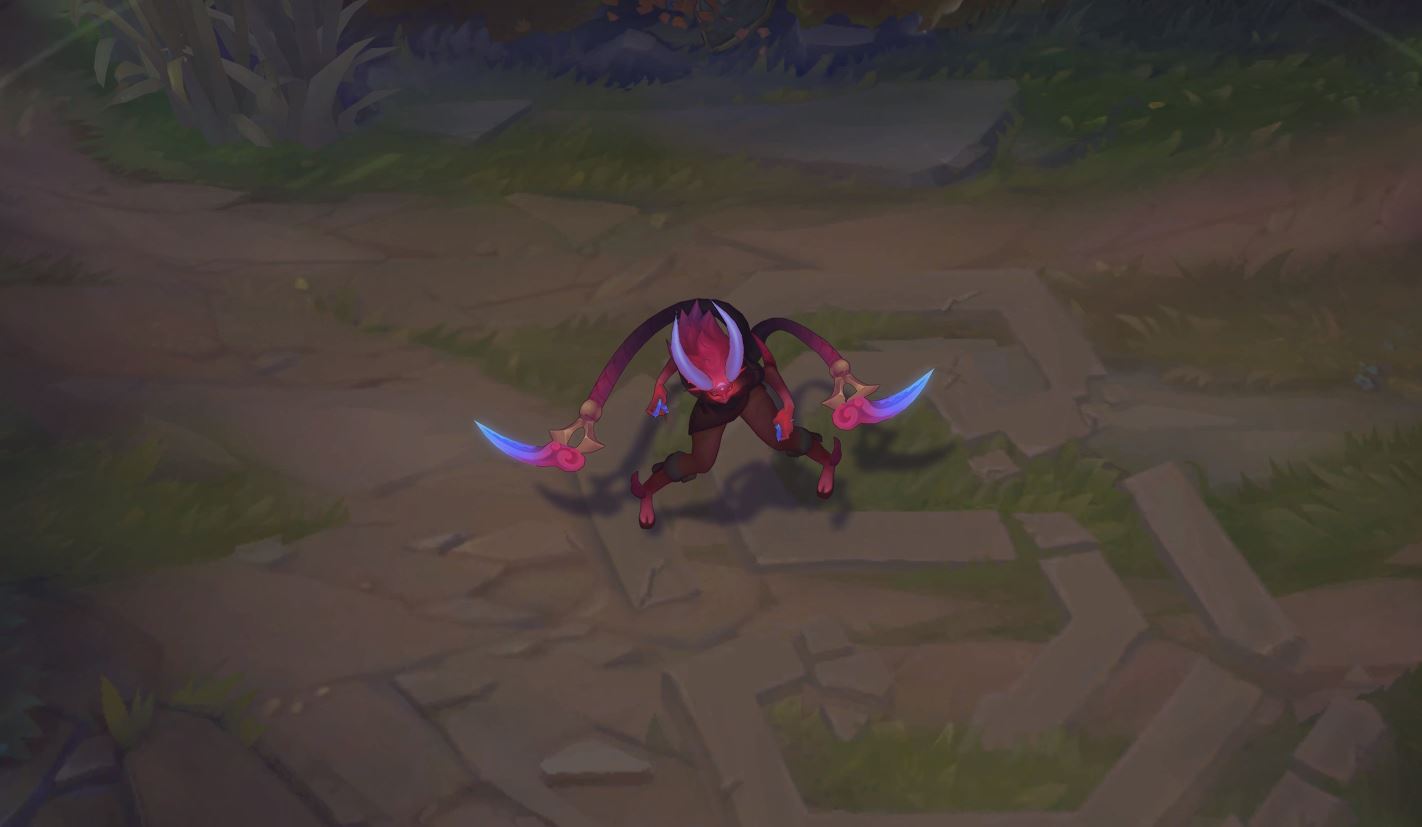 Typically in the yearly League of Legends skin calendar, a bundle of Blood Moon skins are released together. Last year, Jhin, Twisted Fate, Diana, and Talon were added to the family with a new Blood Moon event and game mode, and in 2016, Kennen and Yasuo were given their own Blood Moon skins, too.

This year may be different, however, as Blood Moon Evelynn was added to the PBE yesterday, and she appears to be all alone with no other new Blood Moon companions at her side.

While it’s awesome that this will be Evelynn’s first skin since her thief-themed Safecracker skin in 2014, there aren’t many players that really thought she needed one. After all, she has quite a few skins, and all of them were completely redesigned to coincide with her large scale update last year. They may as well have all been new skins themselves.

Nonetheless, this skin is still quite badass. While most other Blood Moon skins turn their hosts into Blood Moon cultists who travel to Ionia to revere the crimson sky, it looks like Evelynn’s skin actually turns her into a Blood Moon demon. When she enters her stealth form, she sprouts large horns, her skin turns red, and she grows tufts of red hair which all stand on end.

Some of the other Blood Moon skins are supposed to be actual demons, like Twisted Fate and Talon, but this transformation especially makes sense for Evelynn. After all, she’s already a demon in her base skin, so naturally she joins the ranks of demons within the Blood Moon line, too.

This skin should ship with Patch 8.9 in a couple weeks.