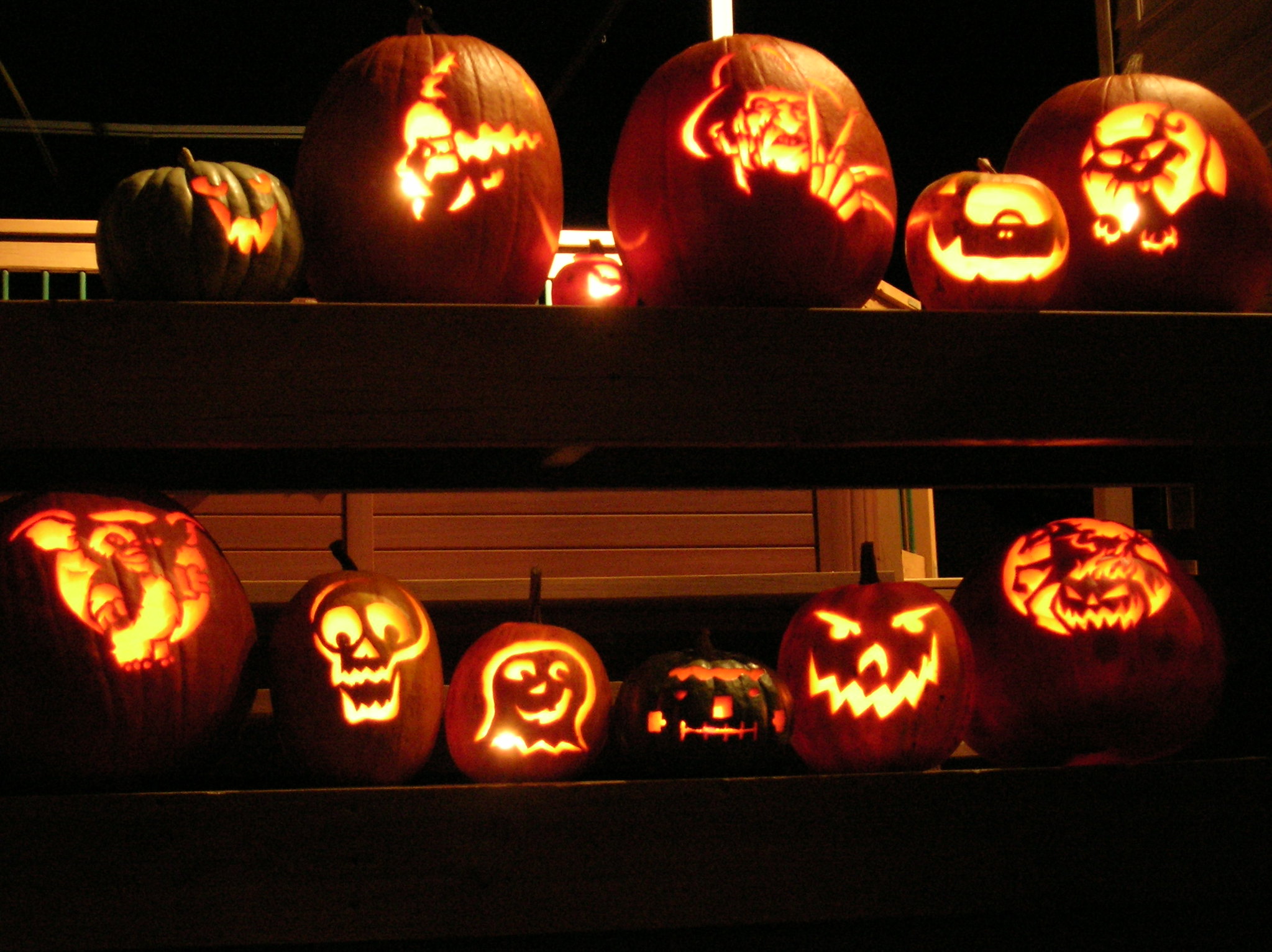 Fans of fall are finally getting their first tastes of pumpkin-flavored food and drinks and preparing their wardrobes for the change in temperature. It’s only fitting that gamers will also be changing their focus and many are looking for the next best horror game to play.

Here are 10 spooky games to check out if you’re looking for some new horror games to play this Halloween season.

This multiplayer survival horror is a great addition to the horror-lover’s steam account. Survivors have to repair generators to open the exit doors out of any map. That is the only way to escape the killer and avoid being caught, tortured, and murdered.

Dead by Daylight will get your heart pumping, and you can hear it in the game. The killer’s Terror Radius causes a survivor’s heart to beat rapidly and gets louder as the killer gets closer. There is also terrifying music that plays when the killer is near, and it gets louder and more aggressive if the killer is chasing you.

The game gets more intense as the survivors get closer to escaping. Players can help each other out, or choose to be selfish and escape alone. The game ends when either all four survivors are killed, or all of the living survivors escape.

Horror fans will also appreciate Dead by Daylight‘s rich cast of killers from a series of known media, including Silent Hill‘s Pyramid Head and Resident Evil‘s Nemesis. Classic villains in the horror genre, including Freddie Krueger, Ghost Face, and Pinhead, are also playable. Each has their own skills and perks to help them take out the survivors.

Although it can count on a series of famous killers and survivors, Dead by Daylight‘s original killers are also terrifying in their own right, from the Doctor’s maniacal laugh to the Oni’s horrifying mask, and will certainly put a scare on players during spooky season.

Subnautica and Subnautica: Below Zero

Everything seems cool and chill until a massive reaper tries to eat your face off in the Subnautica series. This game isn’t what most people would consider a traditional horror game, but it sure scares the pants off of a lot of players the more they start exploring the game.

In both Subnautica games, there is an underlying story that guides the player through the world, giving various objectives and tasks. Most of them require you to dive down deeper, which is where the horrific parts of the game start to show themselves.

The sound the monsters make is the scariest part of the game, and they can usually be heard from pretty far away, which takes away any sense of calm the player has while navigating to any part of the game. There is always something gnarly lurking in the ocean of the alien planet in Subnautica and Subnautica: Below Zero.

Darkest Dungeon released in 2016, but it’s still a favorite of a lot of players come Halloween time because of its dark and spooky theme. This turn-based RPG allows players to recruit, train, and lead a team against dark horrors. Disease and stress are also factors that could kill your heroes at any time, and you must take special care to ensure their survival.

The art style is what makes this one of the best games to play during spooky season. The hand-drawn graphics and dark toned colors gives off a chilling vibe for those playing the game. The monsters are terrifyingly drawn, and the scenery gives a dark an ominous feeling to the game.

This game is great for those who hate jump scares and would rather just enjoy the spooky themes without having to hesitantly peek around every corner.

From the creators of the critically-acclaimed Left 4 Dead comes Back 4 Blood. The game releases on Oct. 12 and is a cooperative first-person shooter. Players can experience the game by themselves or with up to four players in story mode, and there is also a competitive multiplayer.

Players must fight their way through the hordes of enemies called the Ridden in order to survive and reclaim the world. The Ridden are big ugly creatures looking to gnaw your face off, so it’s up to you to take them out before they make a meal out of your head.

Blood, gore and, violence are the main themes of this game, so those who enjoy blood and guts spilling across their screens for spooky season will enjoy this new release.

Sound design is the unsung hero in this game. The atmospheric sounds, music, dialogue, and constant monster groans add a layer of fear to everything you can see, which isn’t much. The story is rich and just as spooky as the visuals and audio.

This game does rely very heavily on sound, but it makes you feel like you really are in a dark crumbly castle with barely any light to see what horrors await you. There is no fighting the monsters in this game, so your survival depends on your flight response, and you’ll definitely know when to run screaming, since you’ll hear how close the horrors are to catching you.

Another new release for this season is the third story in The Dark Pictures Anthology, and there are three pretty cool ways to play this game. The first is to complete the terrifying story solo. The second is a “movie night” mode where four players can play on the same screen as four different characters. The last is a shared story, a two-player online co-op mode.

Players can switch between five different playable characters, all of whom will make choices that affect the others. The story changes based on the decisions the player makes, but remains spooky throughout the entire adventure.

The game releases on Oct. 22, just in time for Halloween.

Lady Dimitrescu took social media by storm after her reveal earlier this year, but her over nine foot stature isn’t what makes this game spooky—though it certainly is a part of it.

Protagonist Ethan Winters is looking for his kidnapped daughter, and his search sends him to a village filled with mutant creatures.

The game has more action features in it than in the previous Resident Evil games, but there are still a plethora of spooky enemies to fight through. Deathtraps, spooky castles, disease and more add to the horrific setting of Resident Evil Village.

Phasmophobia has retained its popularity since its release last year, and there have been some new additions to the game if you haven’t played it since last spooky season.

The game is a four-player co-op where paranormal activity is rife within the locations you are tasked to investigate. Your team can use all the ghost-hunting equipment you can find to gather as much evidence as you can. This will determine which type of ghost is haunting the location.

If it takes too long or you make too much noise, the paranormal being can find and kill you. There are three difficulties to choose from and, depending on how you choose to communicate with your teammates, there are plenty of opportunities for you to scare your friends in this game just through voice chat alone.

This survival horror is set in a truly horrifying atmosphere of dread and danger. You play as Amanda, who is on a mission to find out the reason for her mother’s disappearance.

The music, environment and atmosphere creates a feeling of fear and tension. The alien is chasing you for the majority of the game, and your character is in constant fear and terror because of it.

There are a few DLC’s to enjoy if you finish the main story, one of which allows you to play as the character in the original Alien movie, Ellen Ripley. For fans of the movie, this game is a no-brainer to play during the Halloween season.

Sure, most gamers know about Five Nights at Freddy’s. It’s a super popular horror game, but it’s so good it just had to be included on this list.

Tasked with protecting Freddy Fazbear’s Pizza at night seems like an easy task until the animatronic robots start to move. The business is trying to save money, so you don’t have much electricity before the whole building goes dark.

If you don’t catch Freddybear or his friends before they get to you, consider yourself dead. The game is full of jump scares as you flip between screens on the security cameras, so this is great one if you’re looking for something to scream at.