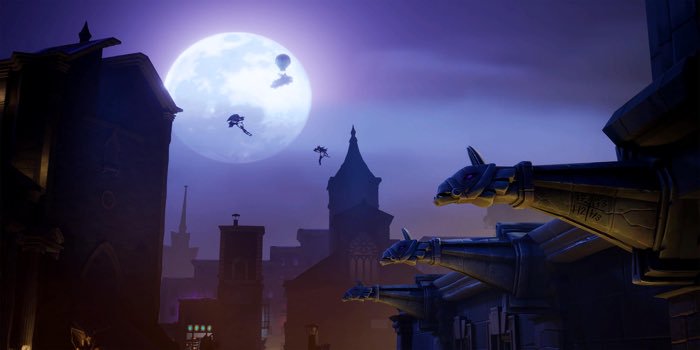 DC Comics superhero Batman is bringing Gotham City to Fortnite sooner than expected. The crossover event is expected to start soon because the rift beacon in Tilted Town has been activated.

The infamous hometown of Batman was leaked by data miners pending the v10.31 update. Initially, fans were curious about where Gotham City would be on the Fortnite map. But due to its size, it's expected to replace Tilted Town—especially now that the rift beacon was activated, too.

Rift beacons were implemented in Fortnite season X as a way to change points of interest on the map. Earlier this month, for example, there was a rift beacon spotted at the frozen lake that eventually turned back into Greasy Grove.

On Aug. 5, a rift beacon was activated that turned Neo Tilted into Tilted Town, leaving many wondering when the next update would hit the popular landing spot.

Along with the Gotham City point of interest, data miners suggest that fans will be able to use new items like Batman’s Grapnel Gun and explosive Batarang. There will also reportedly be new challenges to complete in Gotham City, which will grant players a glider upon completion.

Fans might even get to play as Batman himself since there were three new skins found in the game files.

The crossover event could start today since the Epic Games store lists the Batman Arkham series as free to play for all users on Sept. 19. This could tie in with the Gotham City point of interest in Fortnite.