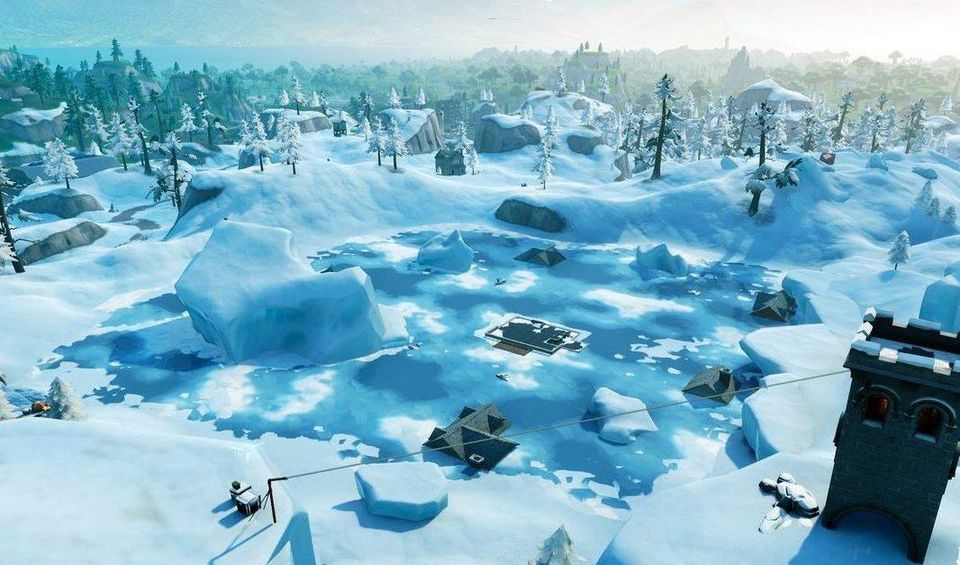 Two new Rift Beacons have appeared at both the frozen lake and Paradise Palms in Fortnite, which suggests that significant map changes are on the way.

The Rift Beacons have transformed multiple points of interest in Fortnite this season, including Retail Row and Tilted Town. Now, the Visitor is looking to change more locations in Fortnite.

One Rift Beacon has been placed in the center of Paradise Palms, which could suggest a return of Moisty Mire since this is where the swampy area used to be located. This point of interest was featured in the first version of the Fortnite map.

But due to Moisty’s general unpopularity, Epic Games could revert this change to the Prison, a more popular destination that was situated near Moisty Mire.

The second Rift Beacon has been spotted at the frozen lake, an unpopular point of interest in the snowy region of the map. Originally, Greasy Grove was frozen by an iceberg in season seven and this location eventually became the frozen lake.

This point of interest could be reverted back to Greasy Grove, an iconic location that was also featured in the first iteration of the Fortnite map.

Both of these changes would be popular with the community since Greasy Grove and Moisty Mire are iconic points of interest. By contrast, the frozen lake and Paradise Palms are relatively unpopular in the community, enticing significant map changes to be made.