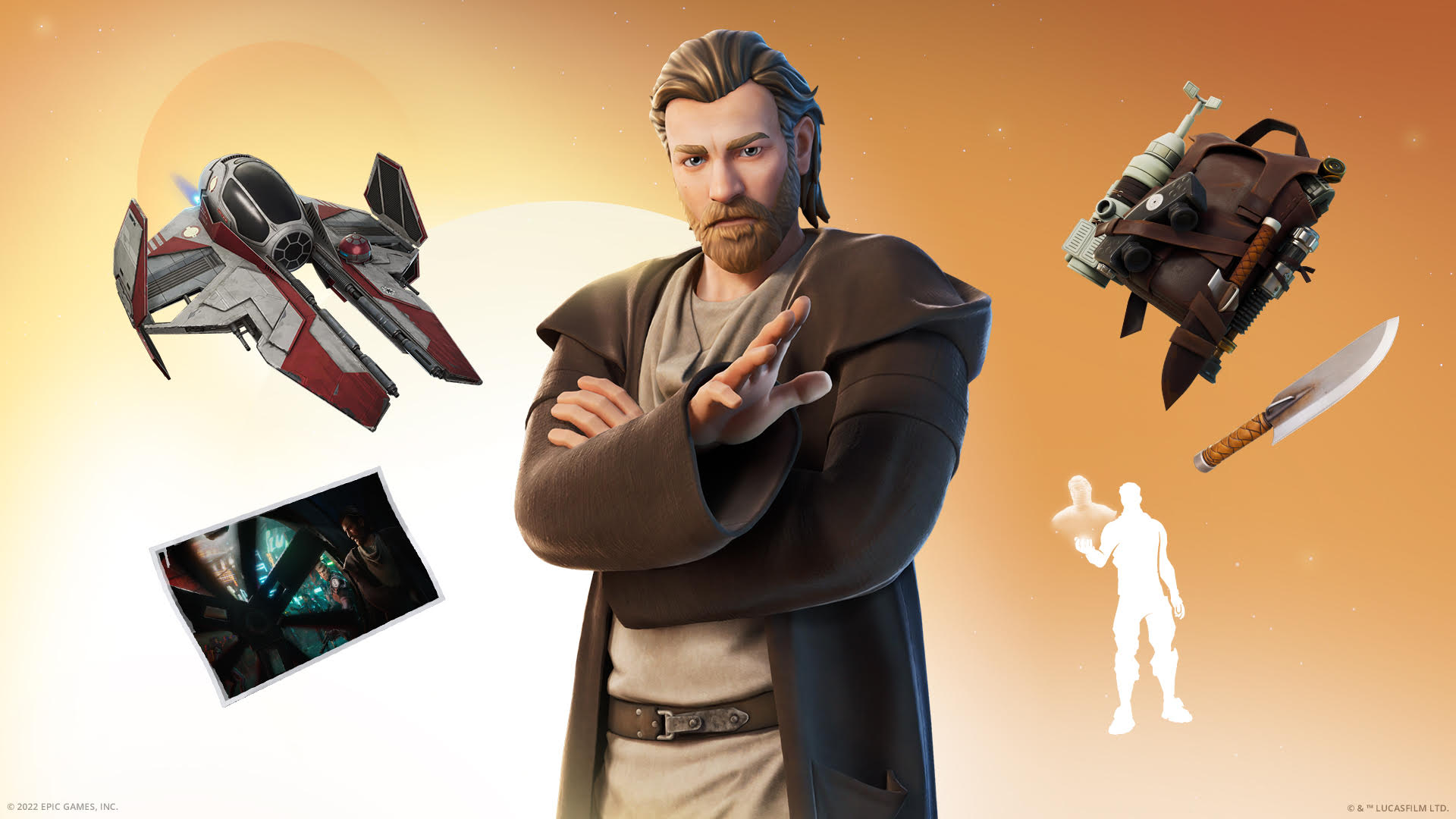 Image via Epic Games and Lucasfilm

Fortnite is always adding new cosmetic outfits to the game, whether they be original creations or partnered skins. In the past, this practice has brought important characters from Star Wars, like the Clone Troopers and Rey. Now, Obi-Wan Kenobi will be getting his own dedicated outfit and the Kenobi Cup, which starts on May 22.

Fans will remember that during the May 4 Star Wars event in Fortnite, Obi-Wan’s lightsaber was added to the game. This came along with a trailer that seemed to show his sleeve, and many fans and popular leakers were speculating that fans would see the skin release soon.

In addition to the skin, which looks similar to his character in the movies and comes with a full set of cosmetics, Epic announced the Obi-Wan Kenobi Cup in a tweet. Players will be able to purchase this skin starting on May 26 at 7pm CT, with the full set including a special Obi-Wan loading screen. Those who don’t want to buy the skin have the option to earn it in the official Obi-Wan Kenobi Cup that starts on May 22. Players who earn the required points will be rewarded with the Obi-Wan skin.

As players get closer to the end of Chapter Three, season two, players are also eager to learn more about the supposed Vader skin coming next season. With this strong relationship between Star Wars and Fortnite, it makes sense that such a big character could be coming down the line.