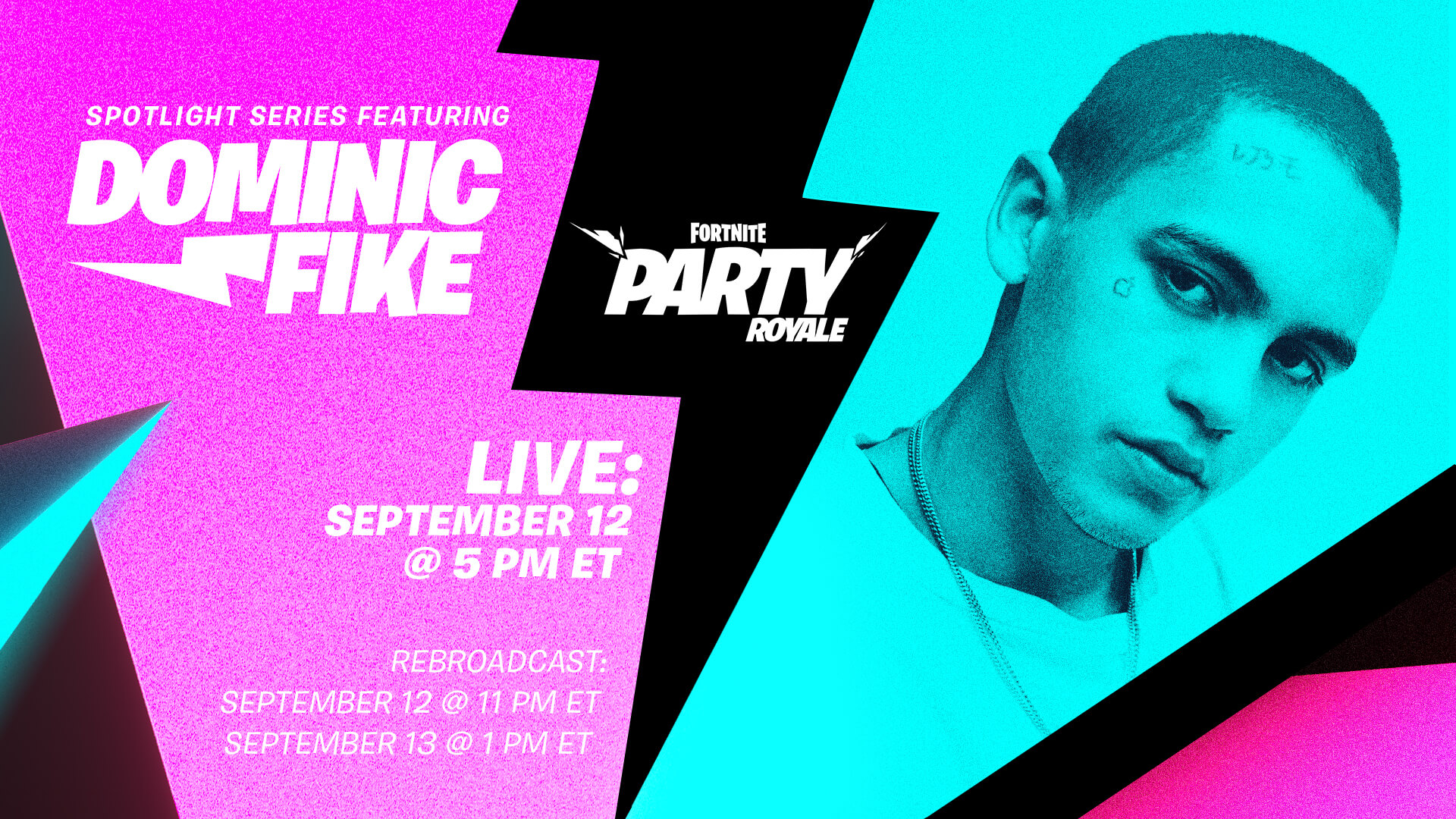 Fortnite is launching a new live concert series this weekend from its studio in Los Angeles named Spotlight. The first artist to hit the Party Rolaye stage is rapper Dominic Fike on Saturday, Sept. 12.

The 24-year-old will present his hits from his LP debut, What Could Possibly Go Wrong. Fike’s performance will be broadcast live in-game at 4pm CT. The show will be re-run two times at 10pm CT on the same day and on Sept. 13 at 12pm CT.

Fike received attention last year with his EP Don’t Forget About Me, Demos and 3 Nights, being described as “a genre-meshing Floridian artist” by Billboard.

This is the first concert in the Spotlight series. More artists will perform during the month of September, on Sept. 19 and 26. Epic Games hasn’t announced who yet, however.

Fortnite is avalilable for free on Android, PlayStation 4, Xbox One, Nintendo Switch, and PC.