How to get silver, gold, and foil skins in Fortnite Chapter 2, season 4 - Dot Esports
Skip to content

Fortnite Chapter Two, season four went live earlier this week and introduced many changes to spice up the popular battle royale. Gun changes aren’t the only thing that hit the live servers, however, and a squad filled with Marvel characters were teleported to the Fortnite world to fight against Galactus.

The squad consisting of Thor, Groot, Wolverine, Storm, She-Hulk, Doctor Doom, Mystique, and Iron Man are all available as skins from day one, and players can unlock them via this season’s battle pass. Each character is locked behind its respective battle pass token, but players will also need to unlock further milestones to unlock their favorite heroes’ powers.

Reputable data miner iFireMonkey recently found out that there were even more cosmetics to be unlocked by leveling up Chapter Two, season four’s battle pass above 100. These skins include silver, gold, and holo versions of the Marvel characters available in the battle pass.

Unlike awakening quests, the three other variants of the superhero skins don’t require players to complete specific challenges.

You’ll unlock all of them once you achieve battle pass level 220. The punch cards of the season and the weekly challenges will be your best bet to complete the colorful collection of heroes before the season ends on Nov. 30. Players with limited time can also purchase battle pass levels to speed up the process to unlock the alternate colors for their favorite Marvel characters. Here are all the styles you can unlock. 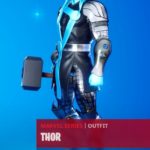 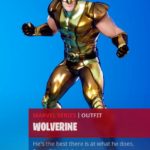 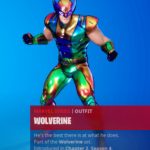