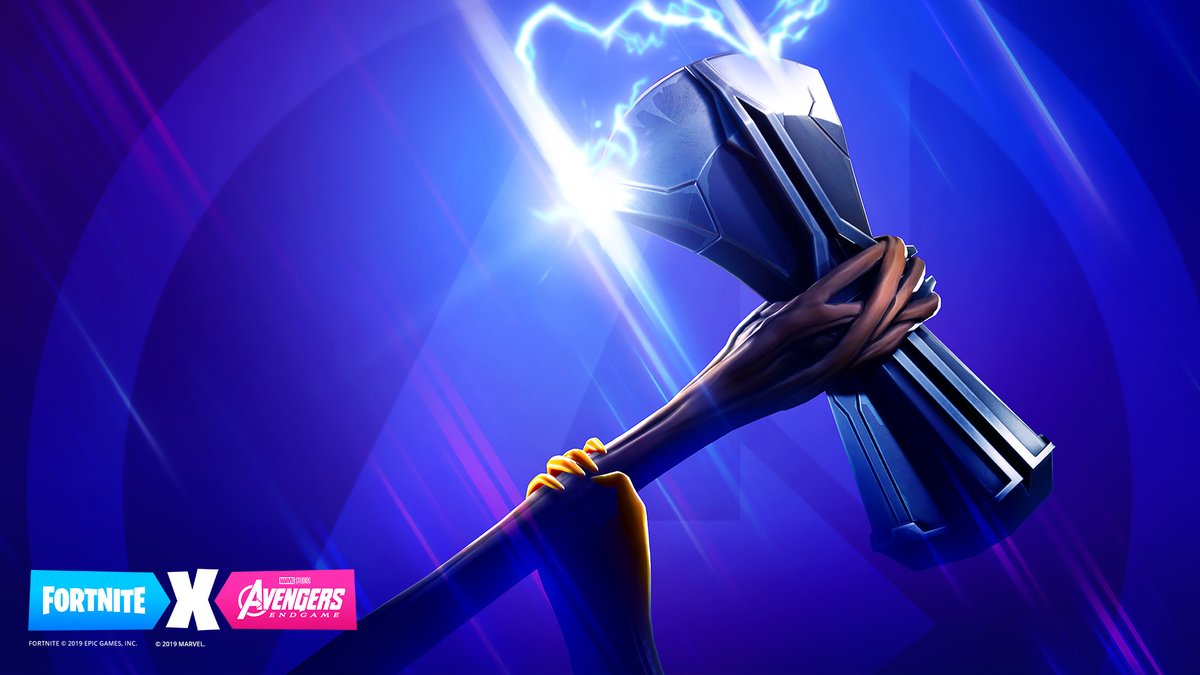 Epic Games has revealed the second teaser image for its Fortnite x Avengers mashup event this morning. “Whatever it takes,” the company wrote again. The image shows what seems to be the Fishsticks skin holding Thor’s hammer.

This teaser came exactly 24 hours after the company published the first last morning, which revealed that an event is coming to Fortnite to celebrate the release of Avengers: Endgame, just like Marvel and Epic did last year with Avengers: Infinity War.

We know very little of what’s coming, though Epic let a few details about it slip yesterday. An update message on PlayStation 4 shows that Fortnite x Avengers ends on May 5 at 7pm CT, which hasn’t been revealed by Epic yet. We only knew from the first teaser that the event starts next Thursday, April 25.

We have a few guesses of what could be part of this Fortnite x Avengers event, and there are a few cosmetic items we’d love to get as rewards for challenges in this mashup event. What players can expect at least is an event similar to last year’s, when they could fight for the Infinity Gauntlet in a Limited Time Mode and turn into Thanos to destroy the Fortnite island. Players who became Thanos got increased health and shield, health regeneration, and powerful abilities that let them crush opponents with ease. When Thanos was taken down, he’d drop his Infinity Gauntlet so another player could grab it.

That event didn’t feature any Avengers-themed cosmetic item, but it’s safe to assume this new event might. The first teaser shows a Fortnite character with Captain America’s shield, which might mean it’s coming to the game as a back bling or even as a harvesting tool.

Players will know the full details of the Fortnite x Avengers event on April 25.