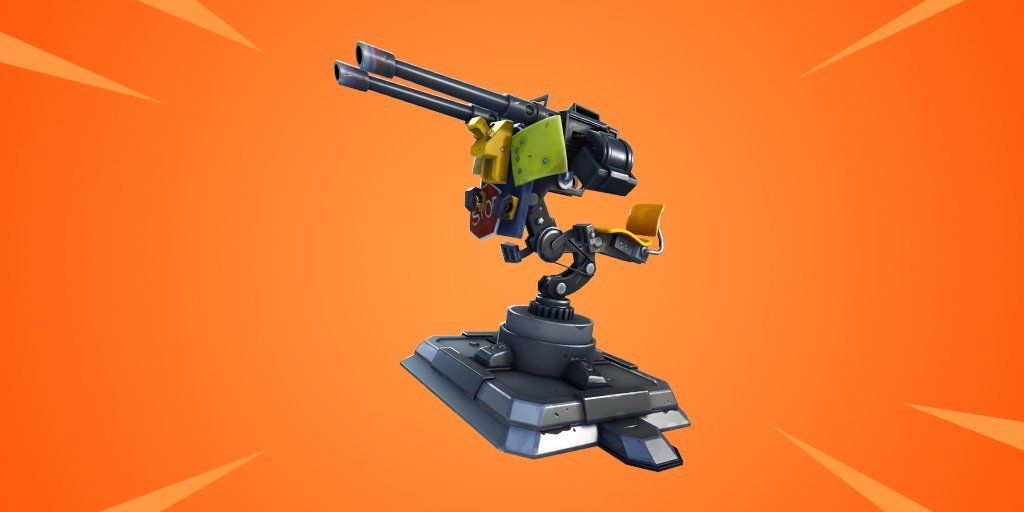 The Fortnite: Battle Royale community still isn’t satisfied with the state of the legendary Mounted Turret trap. Not even its reduced damage and spawn rate were enough to convince players that the Mounted Turret is balanced.

The day after Fortnite developer Epic Games reduced the turret’s spawn rate, a player found two of them side-by-side. Even if it’s just a coincidence, others say they spot the Mounted Turret far more often than traps of lower rarities, such as the epic Launch Pad. Epic really reduced the spawn rate of the Mounted Turret, but they didn’t say how often it was spawning or how often it does now.

The damage nerf doesn’t seem to be enough as well. Professional Fortnite player and streamer Turner “Tfue” Tenney died to two shots from a Mounted Turret. Another pro player using one got 11 kills with it in Squads mode. He destroyed a house and shred his opponents for almost two minutes without being counter-attacked in the early game.

And the Mounted Turret also protects its user too much. Fortnite streamer Jack “CouRage” Dunlop joked on his Twitter yesterday that players on a turret “are invulnerable and have legitimately no hitbox viewable to take damage.” Even if you don’t die to the turret shots at first, you can’t hit the user because they are protected by the turret.

The Mounted Turret was added as a legendary trap in the 6.30 Fortnite update. We first didn’t know exactly how it would work. Some players thought it would be bad because its users would become an easy prey for snipers. It turns out that nearly anyone is an easy prey to players on Mounted Turrets.

Part of the community doesn’t want the turret to stay like that. After the latest damage and spawn rate reductions, it’s likely that Epic’s next step to change it is to vault the Mounted Turret until they figure out how to make it fit properly into the game.