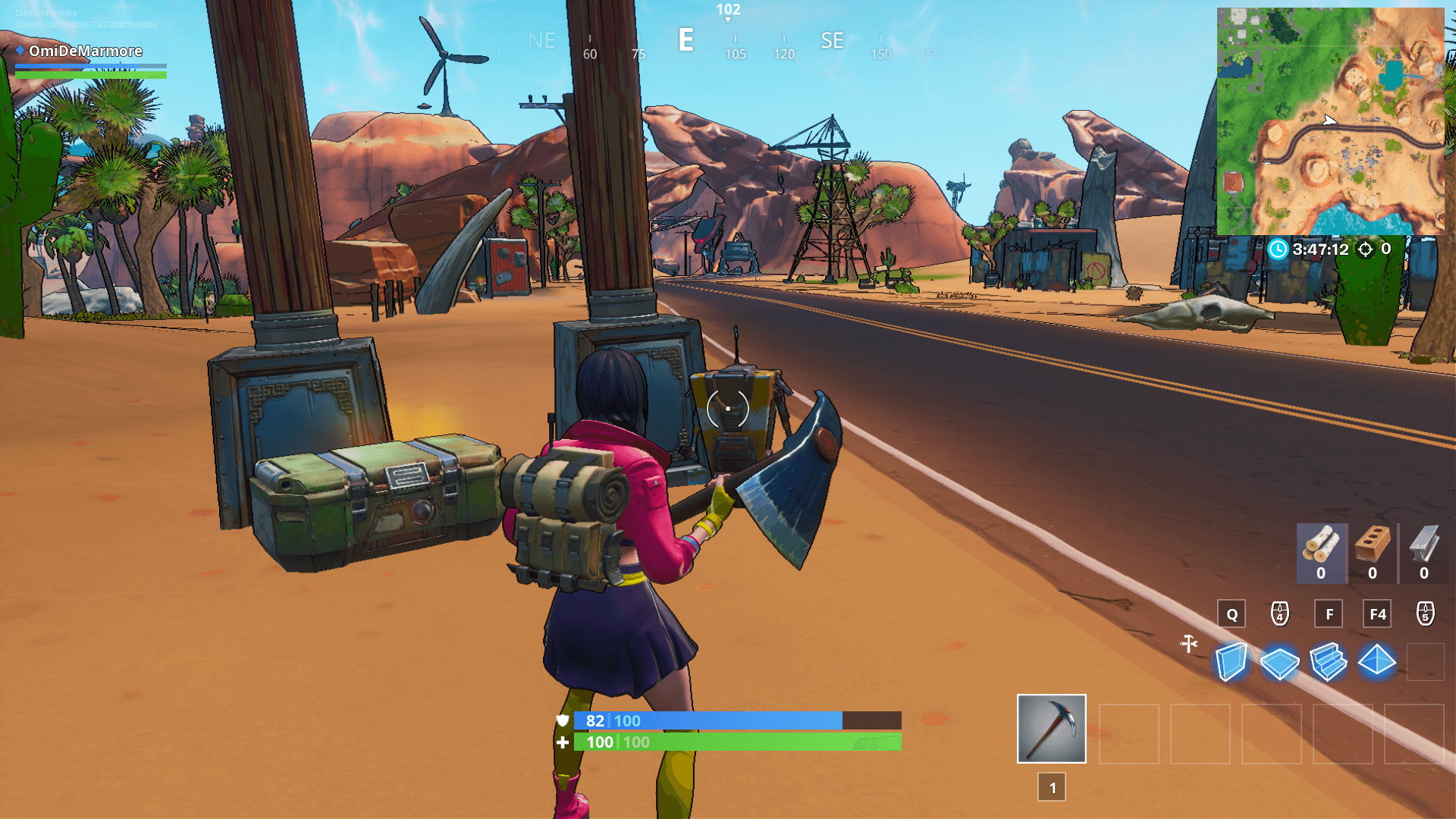 Fortnite players who want a few more freebies can now complete a new set of challenges thanks to the release of the Fortnite x Mayhem collaboration. This mashup was announced today with the release of the v10.20 update and players now have a set of free challenges called Welcome to Pandora to get special cosmetic items.

One of these challenges asks players to find Claptrap’s missing eye and then return it to him. There are some steps players must follow to discover where to find both the eye and Claptrap, but the most important is to know that they’re both in Pandora. That area isn’t named on the map, but it’s in the southern portion of the desert biome near Paradise Palms.

The only additional requirement is that you must be playing any game mode that’s not Playground since it’s a sandbox mode that blocks challenge progression.

To find Claptrap’s eye, you must go to a metal house far south of the desert, but still close to the metal city. Once you go inside, you’ll see Claptrap’s eye next to a television. Interact with it to grab the eye and unlock the second part, where you have to give it to Claptrap.

Claptrap is under a billboard far west of the desert, where players will also find one of the vault symbols for another challenge. Interact with Claptrap and he’ll get his eye back to complete this Pandora challenge. When you leave the match, you’ll receive a reward based on your overall set progression.

If you’re afraid of leaving the match and losing your progress, finish it. This way, you’ll make sure the game registers that you completed the challenge.