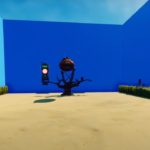 Netflix is filled with good shows, movies, and documentaries, but only a few of them draw the whole world’s attention upon their release. Squid Game is one of those shows. Shortly after it made its debut on the streaming platform, Squid Game became the hottest show of the year and suddenly found itself as the center of attention for seemingly the entire internet.

While some content creators tried creating their own version of the popular TV show on the streets, gamers preferred to recreate the hit TV show inside their favorite games. Fortnite’s Creative mode has been home to many talented custom map creators, and multiple Squad Game maps started to take their place in the most popular custom maps in Fortnite.

If you’ve been looking forward to seeing whether you’d be able to make it to the end in a similar setup, all you’ll need to do will be to launch Fortnite and load into one of the maps below.

Vysena’s Octo Game is one of the most popular Squad Game maps in Fortnite at the moment. The custom map is always packed with players waiting to play.

This custom map features all the mini-games in Squid Games, making it a better option for players looking for the complete Squid Game experience.

Enderbite’s Squid Game mini-game collection isn’t the most packed one out there, but it does an excellent job of capturing the atmosphere of the TV show.

Unlike other Squid Game creative maps, players also get to play as one of the Guards, which helps them go through the Squid Game experience from two different perspectives.

PWR’s Squid Game is also another creative map that doesn’t have a shortage of players. Though the map was designed for a large group of players, you can still go in alone and participate in another group’s session.

The map’s version of the Red Light Green Light, Honeycomb, Tug of War, Marbles, Glass Stepping Stones, and Squid Game are almost identical to their originals, making it a perfect choice for avid fans of the series.

If you’re looking for a custom map to host with your friends, Sypher’s Squid Game will be more than enough for your needs.

This custom map does an excellent job of being a mini replica of the show and you can always try some of the other maps if you feel like playing other Squid Game mini-games.

Players looking to try out different mini games without having to go through others first should appreciate this one since it lets players choose the minimap they’d like to play.

Once you load into Overpowered2019’s Squid Game, you’ll be able to pick between Glass Stepping, Red Light Green Light, and Tug of War. Considering the map is relatively new, the creators can also add the rest of the mini-games over time and they should notify their fans through the existing map if they do so.

Squid Game laboratory is made up of a bunch of different mini-games. Most of the games are relatively quick as well, meaning players will be able to move on to the next one without waiting too much for others to complete the game.

Red Light, Green Light is one of the more straightforward mini-games in Squid Game. Most versions inside Fortnite also feature a plain field where players can just run when they hear the song.

LarionPlay’s version of the mini-game features quite a bit of obstacle that forces players to jump and make other moves to safely make it to the other side.

Despite featuring many nail-biting mini-games, Red Light, Green Light has become the mini-game to go, potentially because it appears right at the start of the series. It’s also one of the simpler game modes to replicate in Fortnite and it’s quite fun to play with friends.

This custom map features the Red Light, Green Light mini-game in its simplest form without any additions.

How can you join the Squid Game maps in Fortnite?

Entering any of the maps on our list is rather simple since you only need to copy the map code of them.

After copying the code, launch Fortnite and head over to the game modes in the main menuç Select Creative and load into the creative island. Once you’re there, approach one of the consoles and you’ll be able to pass the map code into the game. The console will automatically load the map for you and you’ll be able to join the game by walking through the portal that will open.

If some of the maps don’t have any active players, you’ll either need to bring your own squad or try another map that may be more popular at the time.