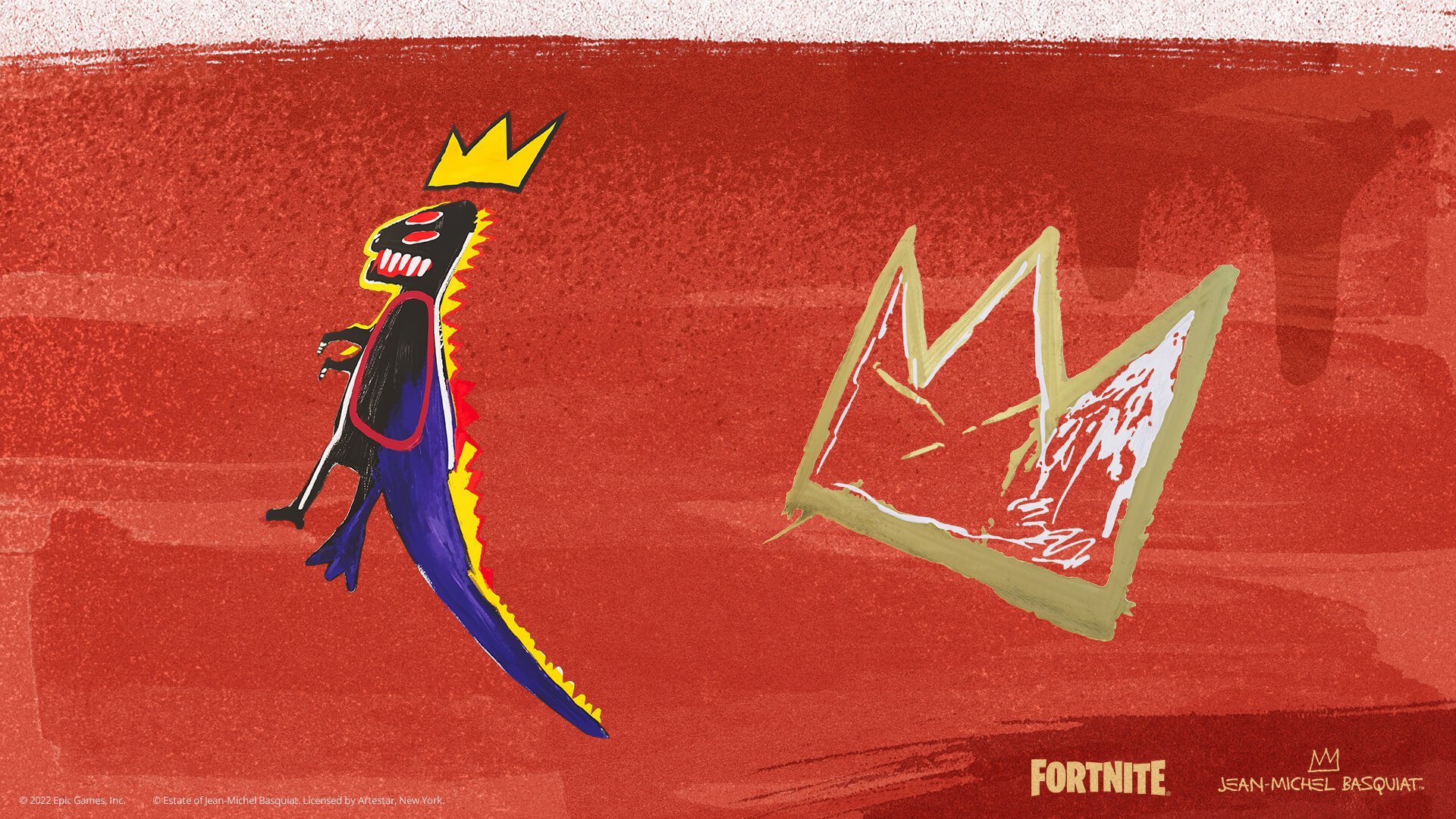 The Basquiat Bundle, which includes two Back Blings inspired by the work of American artist Jean-Michel Basquiat, is now live in the Item Shop in Fortnite.

The bundle is available to purchase for 400 V-Bucks. It contains two Back Blings. The first one features Basquiat’s Tuxedo, which is inspired by Basquiat’s 1982 Tuxedo artwork, while the second, the Crowned Rex Back Bling, is based on the artist’s Pez Dispenser art from 1983.

The first Back Bling, Basquiat’s Tuxedo, gradually paints itself when you wear it in the game. But the second one doesn’t change at all while its equipped in Fortnite.

Jean-Michel Basquiat made a name for himself thanks to his work in the neo-expressionism movement. At the start of his short-lived career, the artist found fame as part of a graffiti duo alongside Al Diaz, with who he created street art in Manhattan’s Lower East Side. When the 1980s came around, Basquiat’s works were displayed in galleries around the world. The artist died in 1988 at the age of 27.

The Basquiat Bundle went live in Fortnite along with some other cosmetic items, including the Mecha Team Leader Bundle, Assassin’s Creed-inspired outfits, and others on April 11.