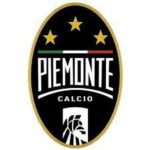 Before the FIFA Ultimate Team (FUT) mode became mainstream, many players bought the most recent FIFA title for the Career Mode or to have a co-op title to play with friends. Though the popularity of FUT reduced the number of players who play Career Mode, there are still some who just enjoy the grind-free environment of the game mode.

In Career Mode, you won’t have to worry about your team’s chemistry or what you can do to build your team better. You’ll be able to just kick back and enjoy playing FIFA 21 either by picking your favorite team or one of the most powerful ones in the game. The matchmaking algorithm will also consider the power level of your team, meaning you won’t be able to match against a player with a noticeably weaker team after locking in Manchester City.

Most of the best teams in FIFA 21 are close to each other when it comes to pure stats. While making the final call, your personal preferences and favorite players will play an important role.

Here are the best teams on FIFA 21.

Juventus may have chosen Konami and Pro Evolution Soccer’s side, but it wouldn’t be a FIFA game without one of the toughest competitors in Italy. Juventus goes by the name of Piemonte Calcio in FIFA 21 due to copyright reasons, but it doesn’t take anything away from their power level.

Cristiano Ronaldo is getting older on paper. His performance, on the other hand, feels like it’s getting better by the day. He’s aging like a fine wine, and he’s still one of the centerpieces of his team at the age of 36. It isn’t an all-on Ronaldo show, though. He’s accompanied by talents like Federico Chiesa, Paul Dybala, and Sami Khedira.

When you ask about La Liga to casual football fans, most will say that it’s basically an endless rivalry between Real Madrid and Barcelona. While that’s true to some extent, it wouldn’t be right to count out Atletico Madrid in any type of title race. Barcelona and Real Madrid may be getting more spotlight, but Atletico Madrid has proven many times that it can easily snatch out a few cups when everyone expects it the least.

Atletico Madrid bolsters strong strikers in Diego Costa and Luis Suarez, meaning you should have a decent time as long as you can dribble inside the box. With excellent midfielders to complete the squad, Atletico Madrid just plays like a machine that was programmed to deliver results.

Borussia Dortmund is one of the most fun and powerful teams to play within FIFA 21. For starters, you’ll have access to the young prodigy Erling Haaland who is eyeing to be the best striker in the world. Getting the ball to him won’t be an issue since you’ll also have access to names like Thorgan Hazard, Giovanni Reyna, and Jadon Sancho.

Borussia Dortmund lacks a bit of depth when it comes to midfield. To make up for this, you’ll need to push your winners and score as many goals as possible to stay in control throughout a match.

The best team in FIFA 21 will depend on the type of player you are. If you love to be on the side that’s putting on the pressure, Paris Saint-German can be the team to play in most cases.

Kylian Mbappe, Ángel Fabián Di Maria, and Neymar are just too powerful of a trio to deal with. Paris Saint-German is potentially the best 4-3-3 team in FIFA 21, and as long as you start pressuring your opponents as they’re trying to cross the midfield, you shouldn’t have any problems staying one step ahead of your opponent.

At some point in the past, Chelsea conquered the world. The club slowly faded away due to a significant drop in performance, which also brought financial problems with it. Over the course of 2019 and 2020, however, Chelsea rose from its ashes with value transfers and a new mindset.

Kai Havertz, Timo Werner, N’Golo Kanté, and Kepa Arrizabalaga Revuelta will be the staples of your roster. Chelsea’s squad allows players to make a lot of tactical changes since thanks to the number of options you’ll have in players alongside how flexible they are. If you enjoy spending an extra 30 minutes to perfect your game plan before starting a match, Chelsea will be the team to pick.

Barcelona has been going through a rough patch. While the squad is still made up of some of the best players in the world, the results have been lacking. Luckily, club morale is rarely a factor in FIFA 21 and you can simply relive the glory days of Barcelona.

In addition, having access to Lionel Andrés Messi, Philippe Coutinho, and Masour Ousmane Dembele will be worthy options to complete your attacking line. Despite all the economic problems, Barcelona continues to attract some of the most talented players in the world and it may suddenly wake up from hibernation in real life soon enough while you continue to lift trophies in FIFA 21.

Manchester City has been after a working formula for so long, and fans witnessed their favorite team slowly transitioning into a powerhouse. With Pep Guardiola in the driver’s seat, the blues feature one of the most versatile squads in the world.

The disappointing results may have lowered its overall ranking, but the City squad is stronger than ever in terms of pure quality. While finding a decent sub in crucial games can be a pain with other teams, you won’t think twice before a substitution while playing with City.

It’s hard to deny the transformation Liverpool went through, which started around 2014. Back in those days, the team had no depth in the squad, and results just weren’t there. The old powerful Liverpool that could score eight goals in a Champion’s League match was gone. So much so that the very team, Beşiktaş, who conceded those eight goals vs. Liverpool, could knock Liverpool out of the Europa League in 2015.

It must have been the last straw for Liverpool since the team went through an overhaul ever since. Under the leadership of Jürgen Klopp, Liverpool produced its own stars while acquiring new ones during transfer windows to build one of the best squads of recent years. While the results may not have been there for the team throughout 2021, Liverpool is still a force to be reckoned with.

Ever since Cristiano Ronaldo’s departure, Real Madrid hasn’t been getting the same level of spotlight that it used to. It doesn’t take anything away from the team’s strength, however.

The squad is filled with experienced players like Sergio Ramos, Karim Benzema, Marcelo Vieira da Silva Júnior, and Luka Modrić. Real Madrid may not be the fastest squad out there, but it’s one of the most technically gifted ones. The level of quality will slowly start showing itself as you pass the ball around and start organizing attacks.

When you win last season’s Champions League, it’s hard not to become the most powerful team in FIFA. Bayern Munich resembles a well-oiled machine that doesn’t know how to stop.

As Robert Lewandowski evolved into one of the best strikers in the world, so did the supporting cast for their respective positions. Serge Gnabry, Leroy Sane, Leon Goretzka, and Joshua Kimmich are the perfect pieces to complete the Munich puzzle. You won’t have to think if you can pull such a play while playing as Munich due to the sheer power of the squad.