Following yesterday’s leaks of Kylian Mbappé being the cover athlete for FIFA 21, EA Sports confirmed today that the 21-year-old will be its global cover star.

The publisher posted all of the cover arts for PlayStation 4 today and described Mbappé as “the leader of the next generation.” Although Mbappé is still developing, he was a key piece in multiple important soccer tournaments. He helped France win the FIFA World Cup in 2018, AS Monaco win the Ligue 1 in 2016-17, and Paris Saint-Germain win the Ligue 1 in 2017-18, 2018-19, and 2019-20. 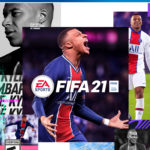 This marks the second time a player from Paris Saint-Germain will be featured as FIFA’s cover athlete. EA picked Neymar, the best Brazilian player of this generation, as one of the athletes for FIFA 19.

Mbappé will also be on the cover for Xbox One, Nintendo Switch, and PC, which will launch on Oct. 9. EA will reveal FIFA 21‘s release date for the next-gen consoles later this year, presumably due to the fact that there’s no official release date for the PS5 or Xbox Series X yet.

EA will give a free copy of FIFA 21 for PS5 or Xbox Series X to whoever buys it for Xbox One and PS4. Players will be able to carry over their Ultimate Team progress thanks to EA’s Dual Entitlement system.