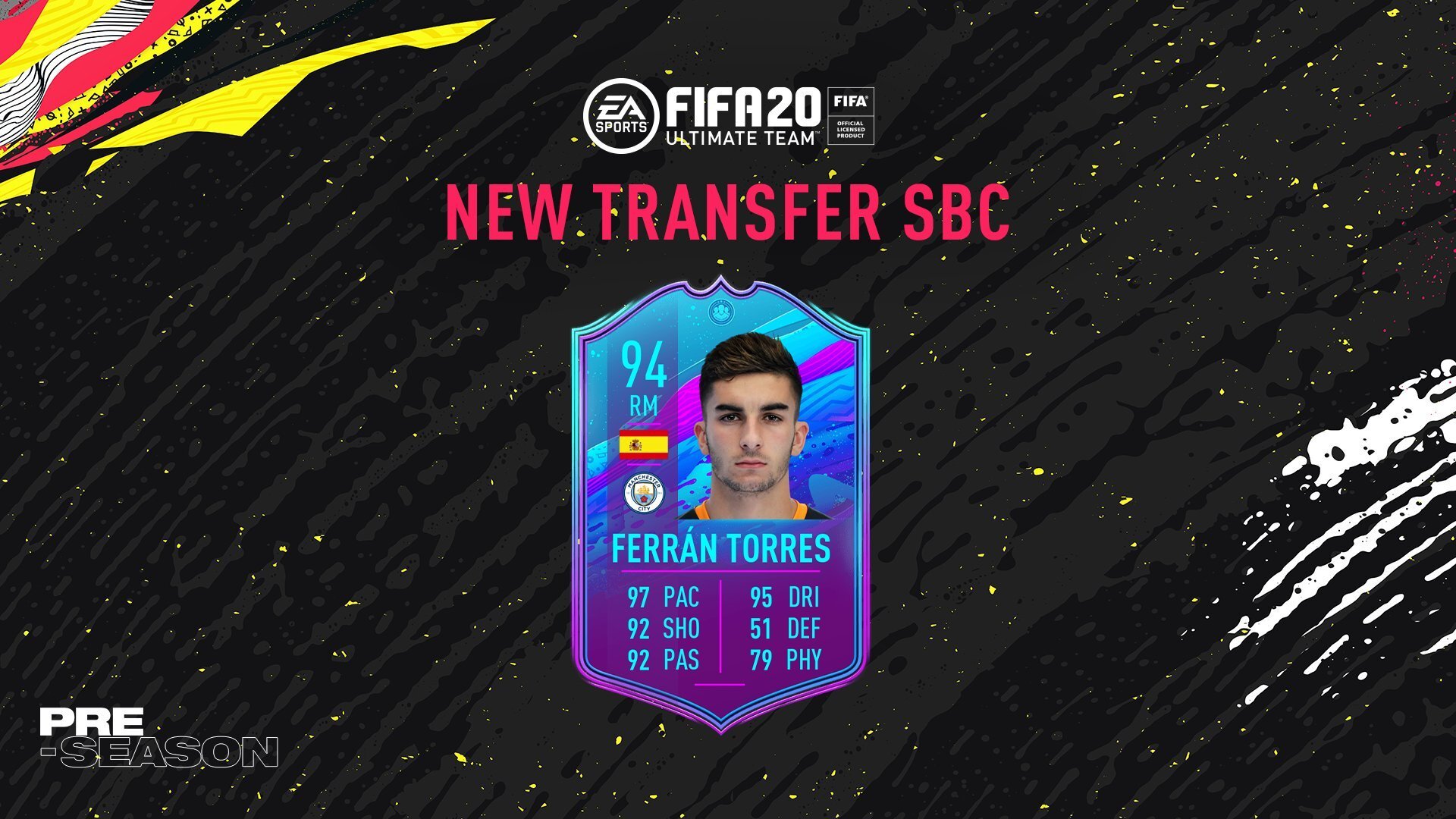 This is the Spanish player’s first special card in FIFA 20 Ultimate Team and he earned it because he was transferred from Valencia to Manchester City. EA has massively boosted all of Torres’ stats, including Shooting (+23), Passing (+23), Physical (+22), Pace (+19), and Dribbling (+19), when you compare this new card to Torres’ 75-rated gold version, the only card he had in the game until today. The devs also boosted Torres’ skill moves from three stars to four stars.

This SBC comes at a great price, around 85,000 FUT coins on any platform, for a marvelous card. If you want to complete New Transfer Torres SBC, you’ll have to turn in one 83-rated squad with 50 chemistry minimum and at least one player from the Premier League. This SBC will expire on Sept. 4.

Here’s the cheapest solution to complete New Transfer Torres SBC right now, according to FUTBIN, a website that specializes in FIFA content.