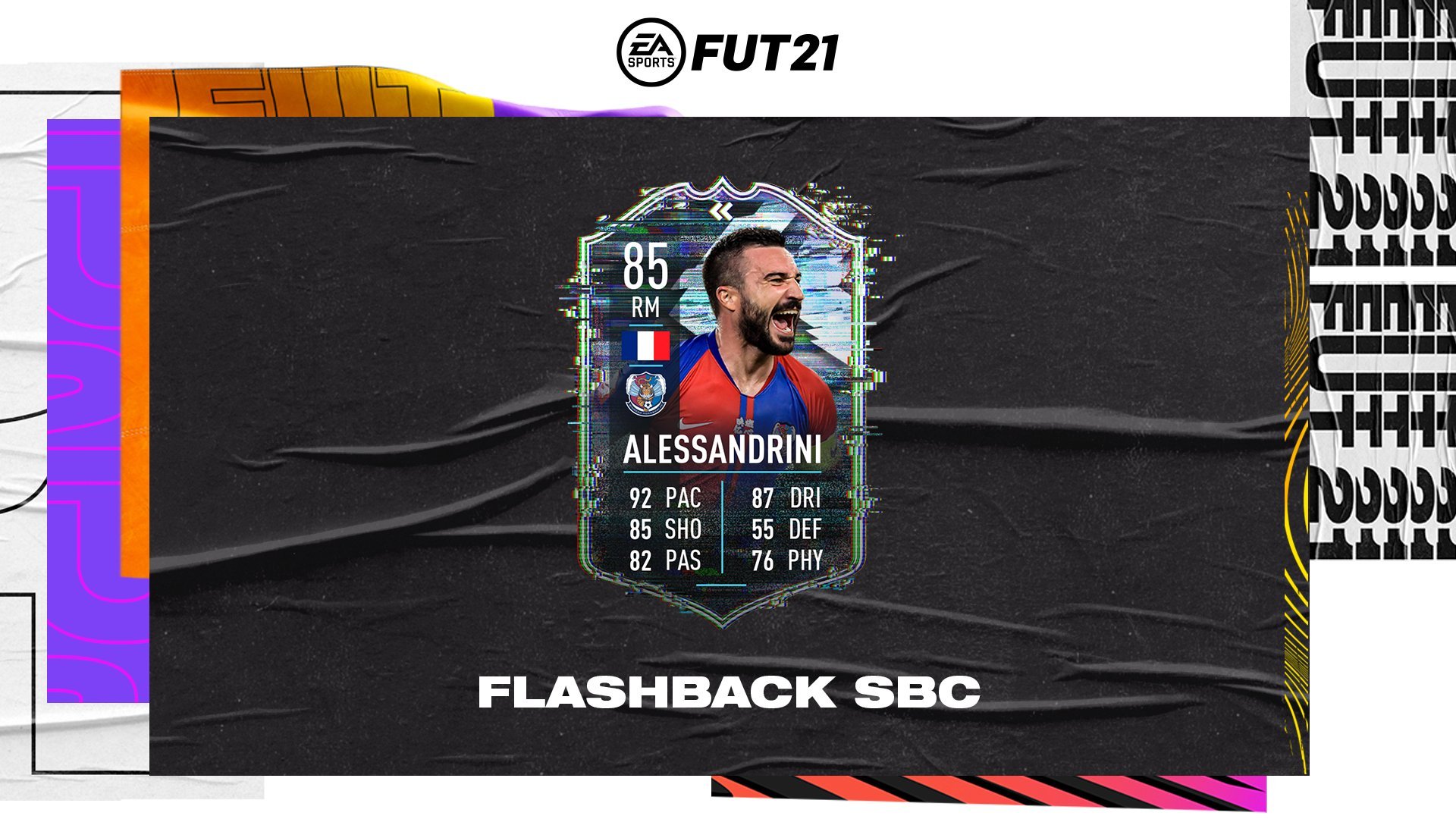 EA Sports added an 85-rated Flashback version of Romain Alessandrini from Qingdao Huanghai to FIFA 21 on Saturday, Nov. 28. This item is available through the squad-building challenge (SBC) menu in FIFA 21 Ultimate Team.

This is Alessandrini’s first special card in FIFA 21 Ultimate Team. EA added this Flashback version to celebrate his 2017-18 season with Los Angeles Galaxy, a year in which he amassed more than 10 goals and 10 assists in the MLS. This SBC will expire on Friday, Dec. 4.

EA has massively boosted all of Alessandrini’s stats, including Physical (+10), Shooting (+9), Passing (+9), Dribbling (+9), and Pace (+8), when you compare this new card to Alessandrini’s 77-rated gold version. This is an incredibly meta card because of the high Pace and Dribbling stats, combined with Alessandrini’s four stars skill moves and weak foot.

If you want to complete the Flashback Alessandrini SBC, you’ll need to turn in one 85-rated squad with 70 chemistry minimum, at least one Inform and one player from France.

Here’s the cheapest solution to complete the Flashback Alessandrini SBC right now, according to FUTBIN.