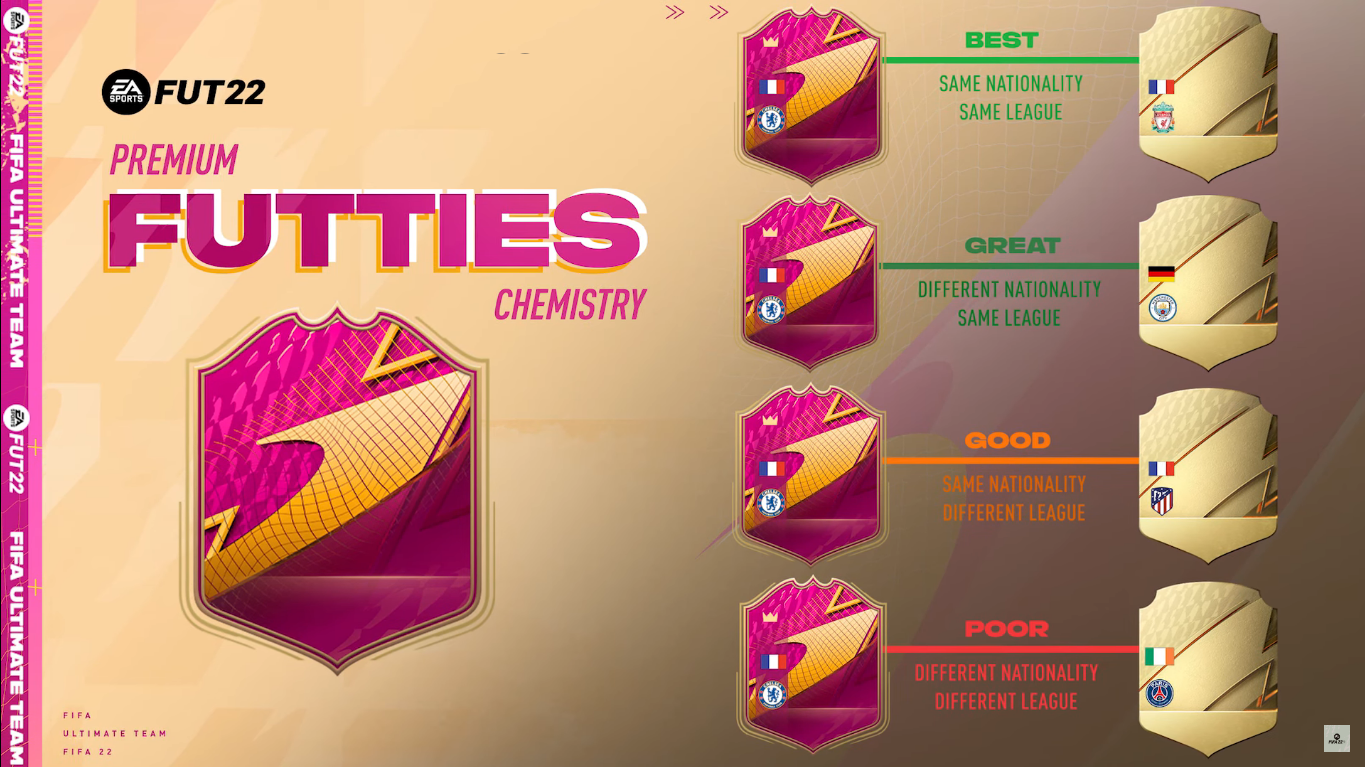 FIFA 22 Ultimate Team players can get their hands on previously released player items from different promos featured in this edition of the game starting today with the FUTTIES promotion.

The FUTTIES campaign marks the end of a FIFA cycle and every year has brought back cards from favorite promos such as Team of the Year (TOTY), Team of the Week (TOTW), Numbers Up, Fantasy, Headliners, and Future Stars.

Each week, EA will put three FUTTIES nominees in a player pick pack right when you log in. The most picked nominated player will receive a Premium FUTTIES version that will be available as a reward of an SBC with a different themed upgrade each week alongside a stats boost.

“Premium FUTTIES players will have the same Chemistry system as FUT Heroes, with a green link to any player in the same league as them to give you new squad-building opportunities,” according to EA Sports.

FUTTIES Favorites SBCs and objectives will be added weekly. They will be themed around a specific month and will reward players with an upgraded version of a popular special card from that month.

Rodrigo De Paul, for example, received a FUTTIES version today via an October Favorites SBC to celebrate his Ones to Watch (OTW) version released in October.

The FUTTIES Weekly Cup will challenge players with different league or nation-based squad requirements. The conditions will change each week to keep this feature fresh. By winning games to complete objectives, players will unlock packs and player picks, with TOTS and Shapeshifters themed packs on offer.

The first “Best of” Batch brought back to packs 100 special cards from more than 10 previously released promos from this season. EA will release two more batches over the course of the FUTTIES campaign.

Here’s the list of the best 11 players added with the first batch today: