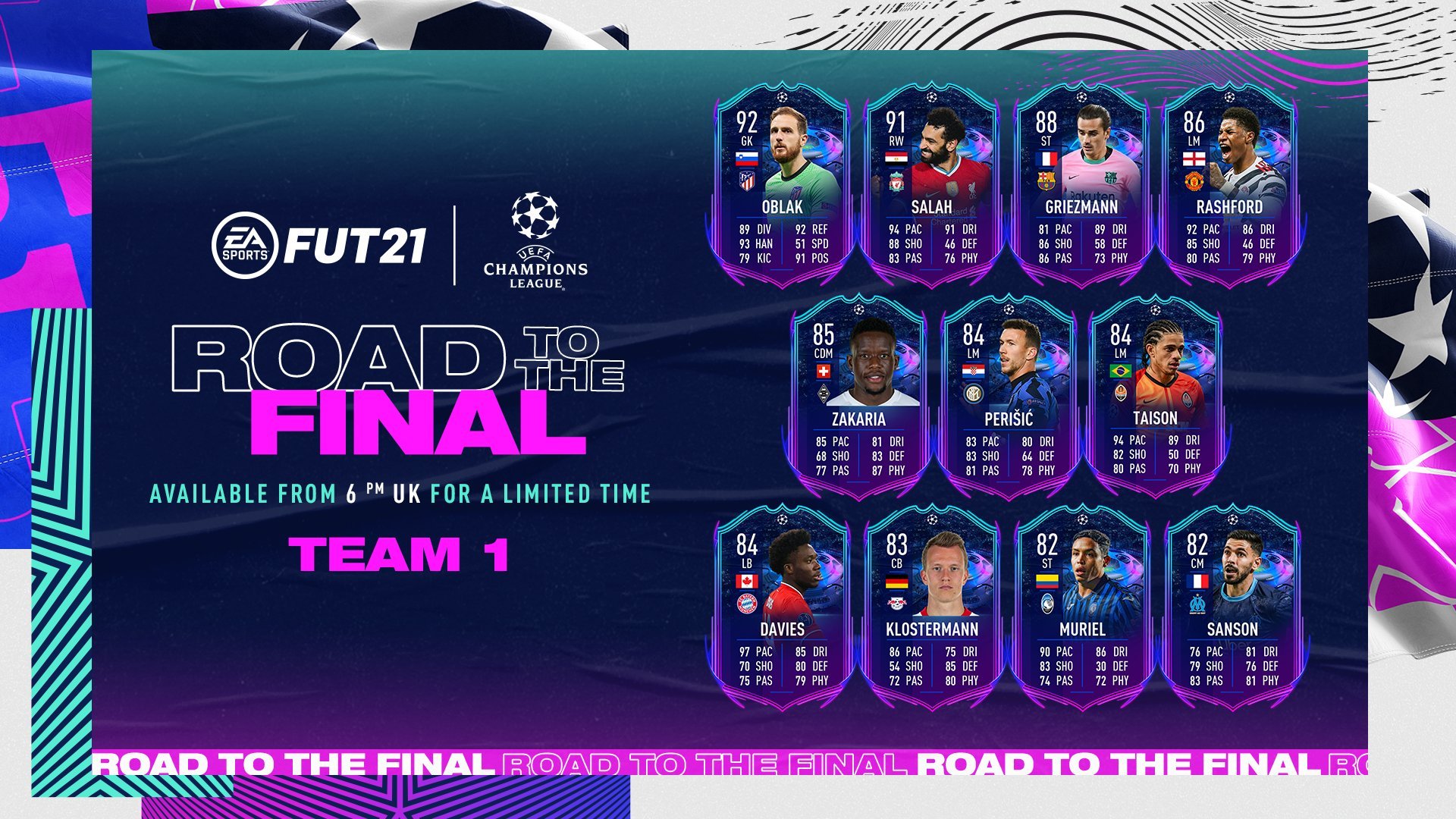 This promo consists of creating new versions of certain soccer players who are playing in the UCL this season. All of the RTTF cards start with a minor upgrade at the launch of the event and will receive further upgrades each time their team moves forward in the tournament. If the player transfers to another club that isn’t playing in the UCL, the card will no longer receive any upgrades.

The UCL RTTF cards will remain in FUT packs for a limited amount of time. You can earn FUT packs by completing objectives, playing FUT Draft, Division Rivals, Weekend League, and Squad Battles matches, or opening some with your FUT coins.

Aside from packs and the market, there are two players available through other methods. You can earn an 83-rated version of Mason Mount from Chelsea by completing a set of squad-building challenges (SBC) and there’s an 82-rated version of Jules Koundé from Sevilla obtainable through in-game objectives.

Here are all of the UCL RTTF cards that EA added today.