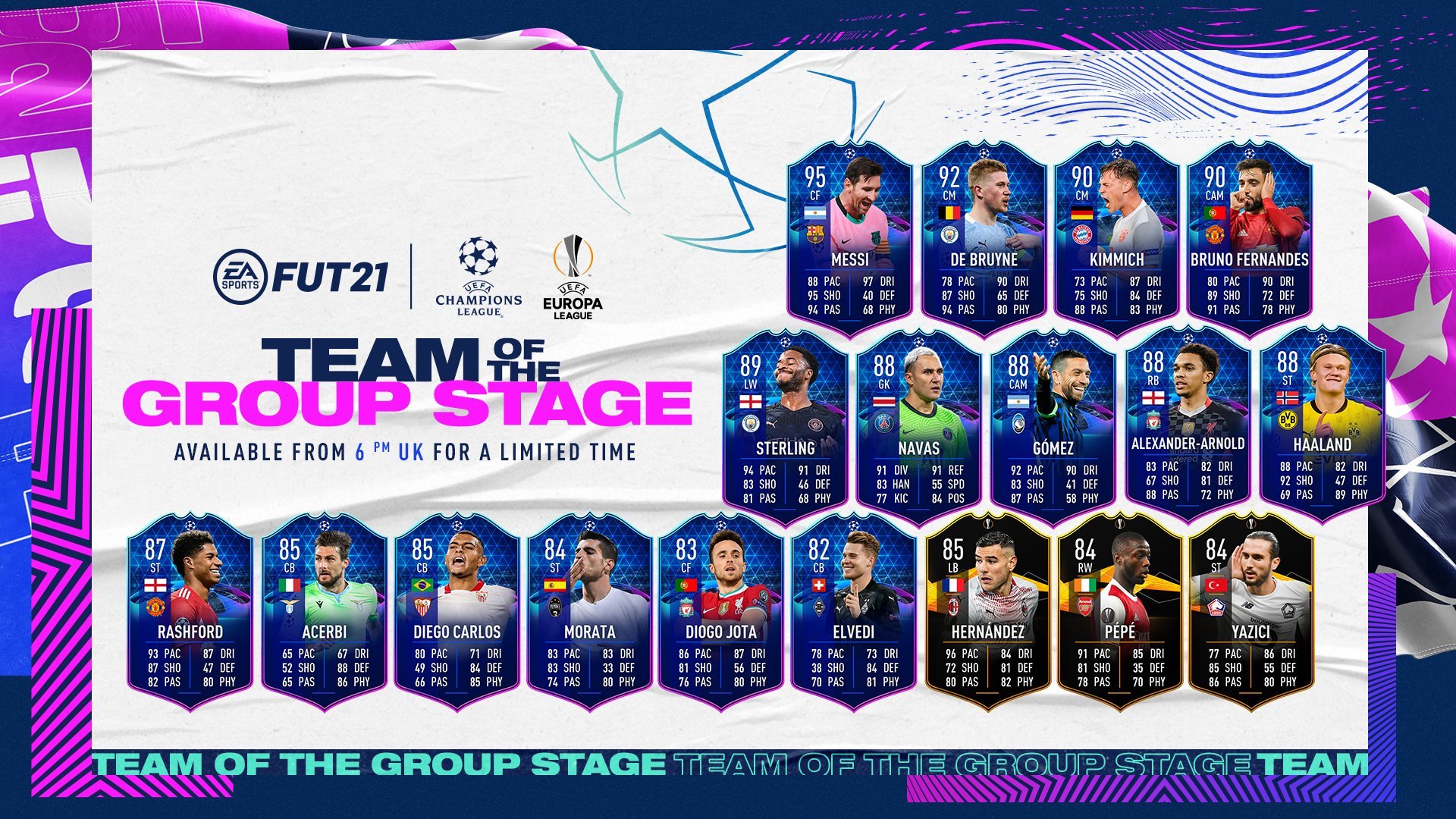 EA Sports has unveiled the Team of the Group Stage (TOTGS) cards for the FIFA 21 Ultimate Team mode. New versions of Lionel Messi, Kevin De Bruyne, and Bruno Fernandes are some of the cards that EA added to the game today.

TOTGS is a one-week promo that offers upgraded cards for the best-performing players from the group stage of the UEFA Champions League and the UEFA Europa League. These cards will remain in FUT packs for a limited time.

Aside from these cards that are available in FUT packs and the FUT market, EA added a UEFA Europa League TOTGS 85-rated version of Lucas Moura from Tottenham Hotspur, which is available in the squad-building challenges (SBC) section. The SBC will expire on Dec. 11.

Here all the TOTGS cards that EA added today: