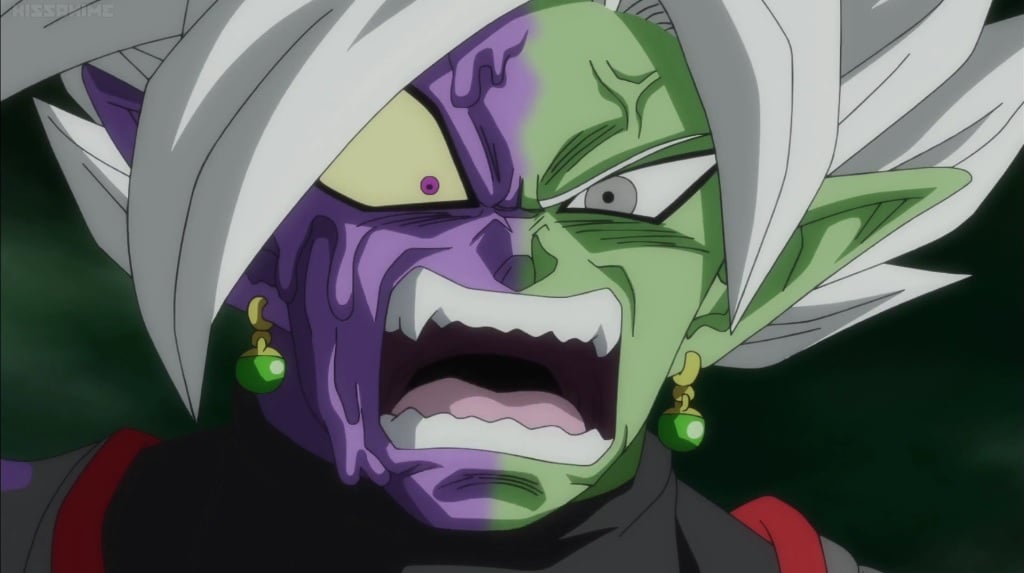 The latest issue of V-Jump magazine has revealed the next DLC character coming to Dragon Ball FighterZ.

Fused Zamasu, which is a fusion of Zamasu and Goku Black, is one of the main villains in the Dragon Ball Super anime and manga series. He will be joining the Dragon Ball FighterZ roster as the third DLC character.

According to V-Jump, Fused Zamasu will be able to fly after using certain special moves. He also knows a bunch of attacks based off of his anime skill set, including Holy Wrath, a Lightning-type attack that rains down on enemies. Fused Zamasu also has good stats across the board that could make him one of the game’s strongest characters.

Fused Zamasu was part of a DLC datamine that was discovered in January. Vegito, which is a fusion of Goku and Vegeta, was teased to alongside Zamasu, meaning that it is highly likely that the character will also be revealed in the future.

The other characters that were found in the datamine included a base form Goku and Vegeta as well as Cooler, Frieza’s older brother, and Android 17, who was wearing his Dragon Ball Super Attire.

Broly and Bardock, who were also part of the original datamine, were the last DLC characters to be released in March.

Not much is known the future DLC characters at the moment, but Bandai is expected to announce more information about them, such as their movesets and abilities, in the future. As of now, the character has yet to even be formally announced.