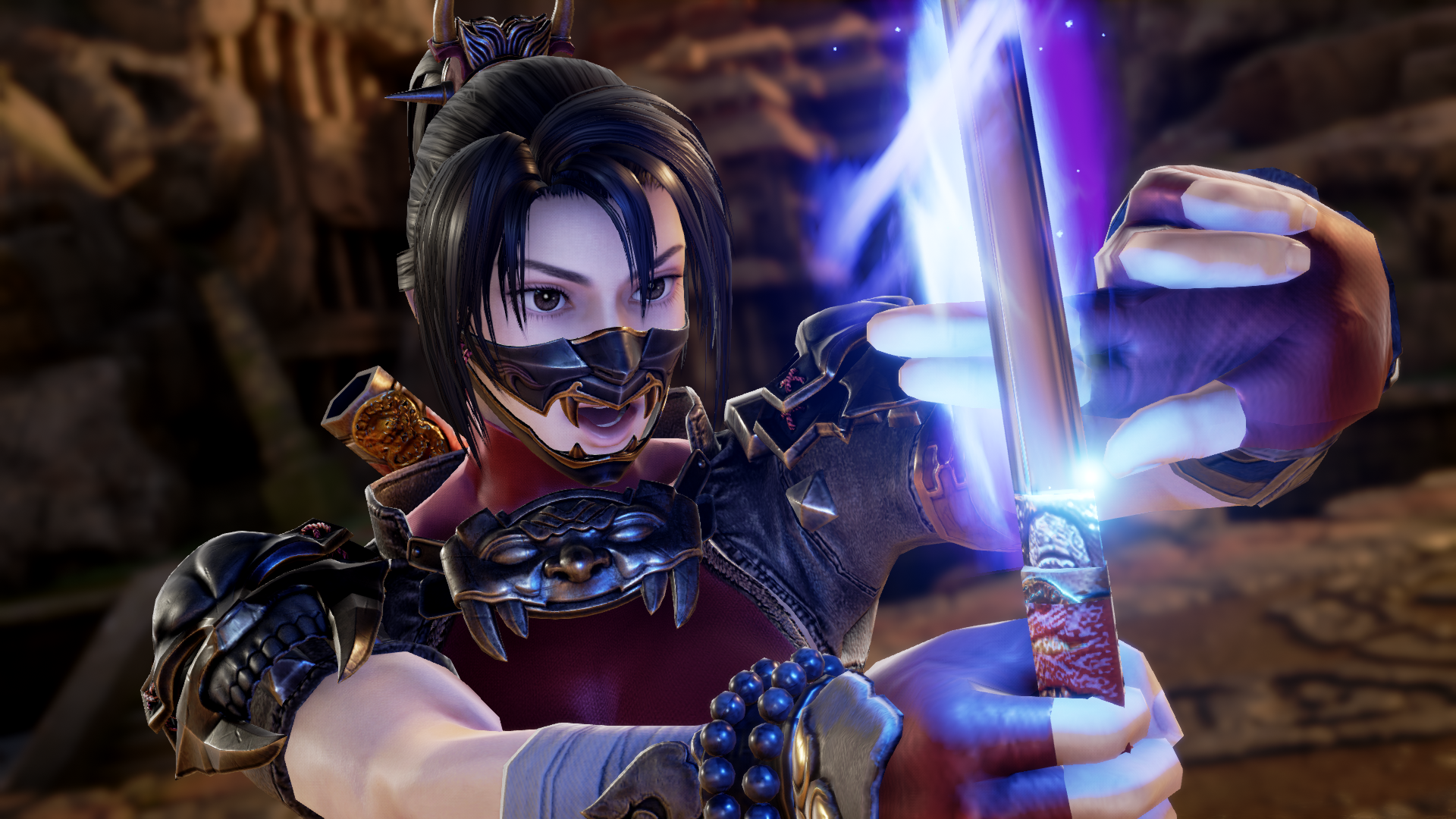 The Soulcalibur VI roster continues to grow with the inclusion of its latest character—Taki.

Just like Siegfried, who was revealed to be a part of the game back in April, Taki has been a part of nearly every Soulcalibur game since the original for the Sega Dreamcast. Siegfriend, Mitsurugi, Nightmare, and Cervantes are the only characters to have appeared in every game of the series.

Taki is a famous ninja. Her title in the series is Fu-Ma’s Shadow, so there’s no doubting her fighting skills. Being a ninja, she has a bunch of abilities available to her to chip away at her opponent very quickly.

Taki’s appearance has changed since SoulCalibur VI. She once again wears her iconic demon mask and wields her own two store, Rekki-Maru & Mekki-Maru. In the series lore, Taki crafted her two swords with her superb blacksmith skills.

One of these blades, her last masterpiece the Mekki-Maru, is fused with a fragment of the Cursed Sword. Even if the whereabouts of the Soul Edge are unknown, Taki’s weapon still glows with a mysterious power.

Taki’s announcement brings the total number of playable characters to 11,. One of those characters, Geralt, is a guest character. Geralt is from the Witcher series of video games by CD PROJEKT RED and was revealed back in March.

Soulcalibur VI will launch for Xbox One, PlayStation 4, and PC sometime in 2018. Bandai Namco has still not yet given fans a release date for the game but more details will hopefully come from this Summer’s E3.