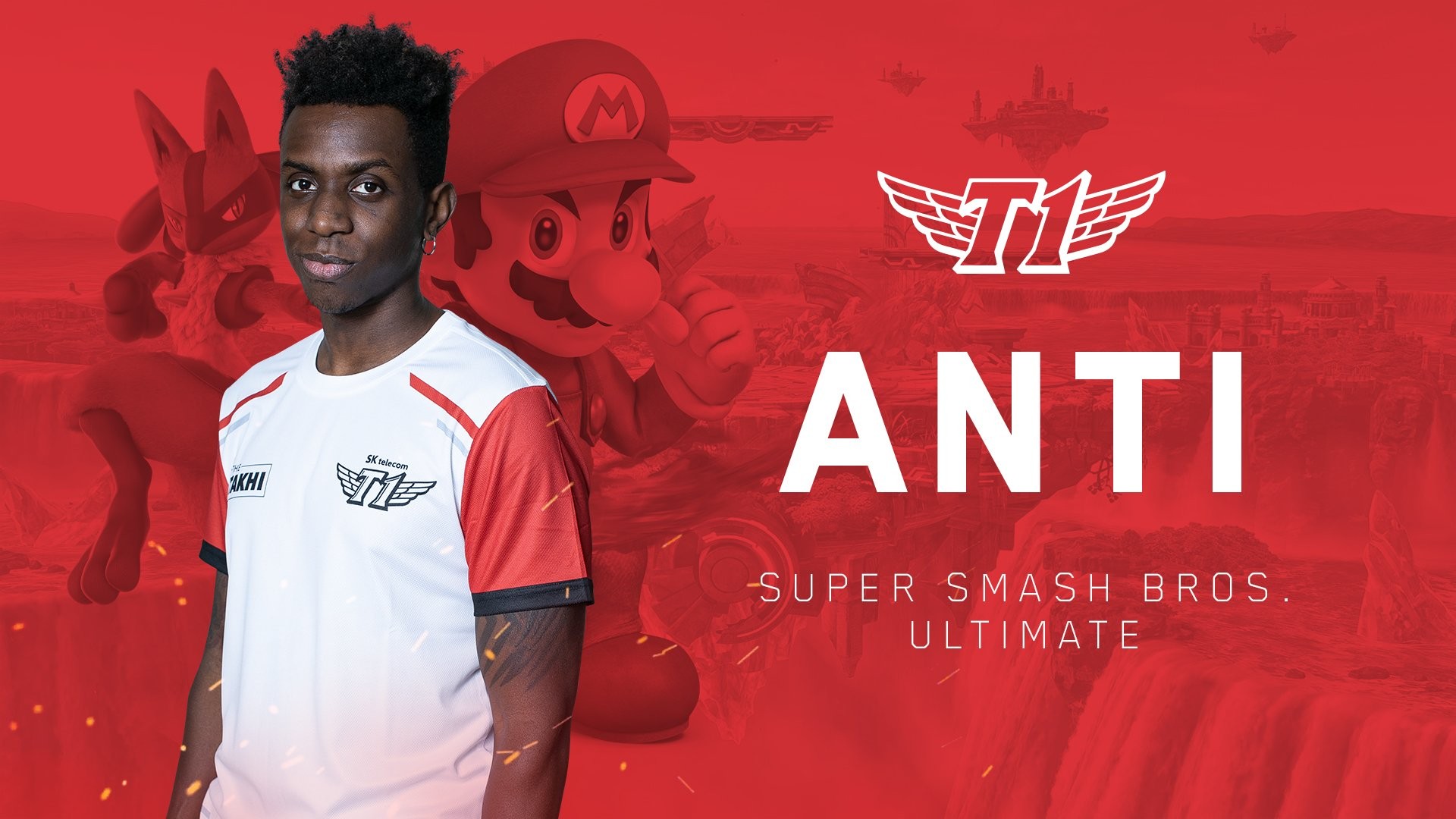 T1 terminated the contract of Super Smash Bros. pro Jason “ANTi” Bates today following allegations that he had sexual relations with a minor in 2016.

The alleged situation took place at Smash The Record 2016, where Bates allegedly landed in Orlando and used Tinder to match with the woman in question, who he calls Samantha—though she chose to remain anonymous in her original statement.

Instead of making allegations through a TwitLonger or images, Samantha went to Shiva, who allegedly had sexual contact with Richard “Keitaro” King when she was 16. Samantha said she originally lied about her age, drank with Bates, and alleges that she had sex with him, as well as D’Ron “D1” Maingrette, Ryan “La Luna” Coker-Welch, and King.

“I don’t know, in my head I still feel like I ‘consented’ in a way by putting myself in those situations, that I would accept ubers there, that I would drink with them, and follow them back to their hotel rooms,” Samantha said. “Even though I knew exactly what I was doing I purposefully lied about my age in order to hang out with these people that my friends at the time looked up to.”

Bates responded with a TwitLonger, though it does not mention Maingrette, Coker-Welch, or King. In his statement, Bates said that early in their conversation on Tinder, he asked how old she was and she said she was 18. He also claims she maintained that she was of legal age throughout their interactions, despite her saying she told him she was actually 15 at the time.

“You’ve consented the entire time, while maintaining the fact that you are 18 years old, even after the Tinder opener where I ask you ‘How old are you?’ since I KNOW that people lie about their tinder age all the time,” Bates said. “You even fucking admit that you lied about your age in order to hang out with us, and honestly would like to see evidence of you being 15 years old at the time, this truly looks like a vengeful tactic since you are upset that we cut ties and stopped talking.”

Another Smash player named Stone claims Samantha told him the story three years ago after meeting on Tinder. She said she lied about her age to Bates and never revealed the truth during their interactions, according to Stone.

Before T1’s statement, Bates confirmed he had been dropped from the organization because of the allegations, much like Nairoby “Nairo” Quezada and King earlier in the day.

“Earlier today we became aware of serious allegations of misconduct involving Jason ‘ANTi’ Bates,” T1 said. “Following a thorough discussion of the matter with the player, we decided to terminate our relationship with him, effective immediately.”

Bates ended his statement by saying he’ll be stepping back from the community and unfollowing or blocking Smash personalities he’s not friends with because he “did no wrong and will not let the horde of people who dislike me dictate how I continue to live my life.”

Update July 3 3:22pm CT: Bates has deleted all posts regarding his release from T1 and the allegations made against him. He said it’d be “wiser to contact a lawyer to address these allegations.”

You can still find a version of his original TwitLonger response on Pastebin.