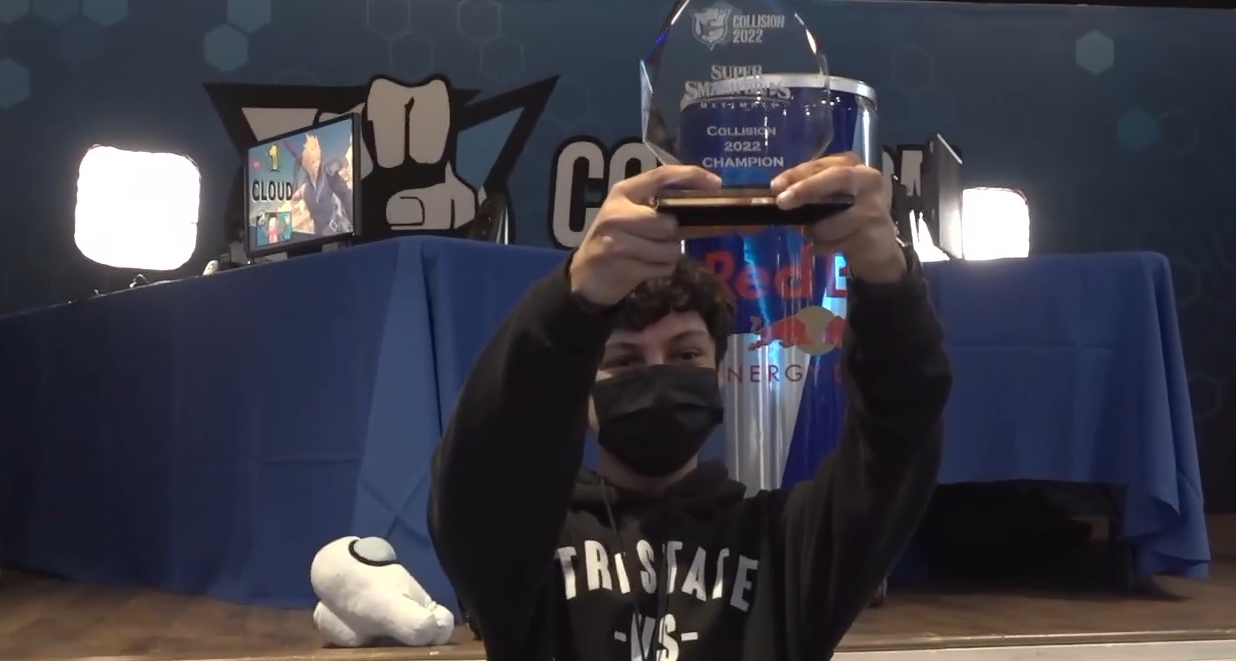 Sparg0’s Super Smash Bros. Ultimate resume is growing faster than almost anyone to come before him, and the young star added to it again this weekend after holding off Tweek late to win his second straight super Major and third consecutive event overall at Collision 2022.

Just one week after winning Smash Ultimate Summit 4 and claiming his first Major title and less than a week after taking first at G4 Smash Ultimate Invitational, Sparg0 survived several close calls against other top players to win another Major.

Most players who made it into top eight at Collision had little trouble making it that far, though Sparg0 did have to overcome a near upset against LeoN and Riddles back-to-back, while Tweek needed to beat BigBoss and Glutonny before the pair met.

Historically, Sparg0 and Tweek’s head-to-head matchup was dead even at two sets apiece before this event. Every set went to at least four games, according to PGstats. Their fifth tournament meeting went the distance, with Sparg0 pulling away in game five, though it foreshadowed just how locked-in both sides were.

The fated clash of Mexico’s top players, Sparg0 and MKLeo kicked off the top four just one round later, with Sparg0 winning three straight games to seal a 3-2 comeback. This improve’s Sparg0’s all-time record against Leo to 10-12, narrowing the gap between the two current top players in the world.

Even though Leo and Sparg0 are typically mentioned as the top players in the world, Tweek ensured his name would stay in the conversation too after defeating a red-hot Riddles, who made his first career top four at a Major, and winning his first set against Leo since last August when he won Smash Summit 3.

For Leo, his third place exit at Collision marks the third straight time he has missed the grand finals of a tournament he has entered after a nearly three-year streak of finishing in the top two whenever he was in attendance.

Meanwhile, riding the high off his 3-1 victory over Leo, Tweek entered the finals and swept Sparg0 3-0 to force the bracket reset. However, that momentum died fast once the reset happened, leading to Sparg0 sweeping him right back to win the entire event.

With how consistent Sparg0 has become, especially against MKLeo and Tweek, it looks like these Major titles are just the beginning for the 16-year-old as he continues to improve and come into his own as a player and with his character pool.