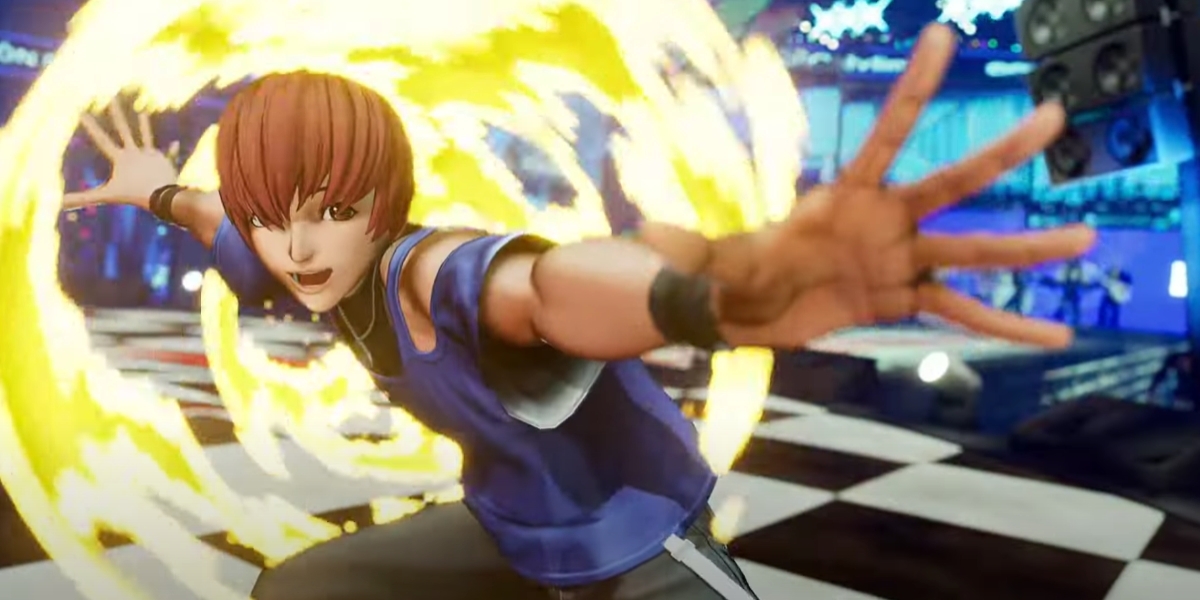 SNK is back on the King of Fighters XV reveal train after taking a break for a week to show off Samurai Shodown’s newest DLC fighter Hibiki Takane, who debuted in the game today.

This week, the developers have reunited Team Orochi for the first time in nearly 20 years by bringing Chris back into the fold.

He joins his bandmates Yashiro Nanakase and Shermie, who were the two characters revealed before him as the 17th fighter on the base KoF XV roster. All three fighters were revived in KoF XIV, though this will be the first time they have been playable since King of Fighters 2002: Unlimited Match.

He retains a lot of his original acrobatic and speed-based fighting style, putting most of his body behind each attack and using the momentum to move his opponents. In some cases, it looks like he is creating afterimages with his super-speed to move around and gain positional advantage on the stage.

It looks like his “kill with an in innocent smile” motif seems to have been pulled back a bit without the influence of Orochi—at least for what has been shown. We won’t actually know how different the Orochi trio is until we see more of the story and gameplay when KoF XV releases later this year.